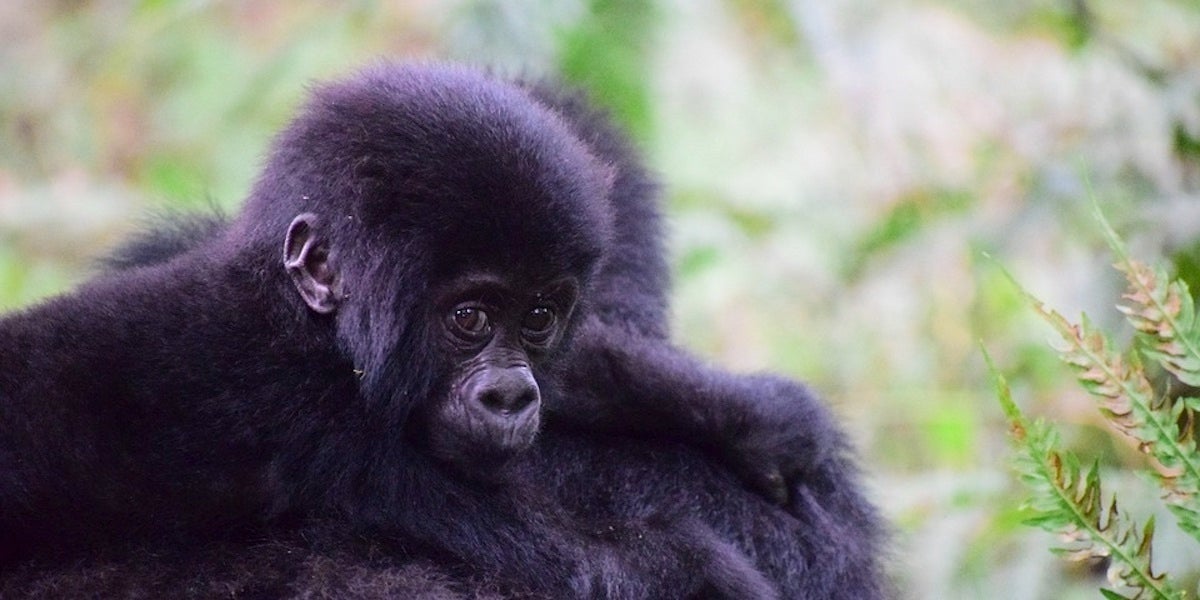 The mountain gorilla subspecies moved from “critically endangered” to “endangered” due to anti-poaching patrols and veterinary interventions. In 2008, their population dropped to as low as 680 individuals––but the new estimates reveal that the number of mountain gorillas has increased to more than 1,000 individuals—the highest figure ever recorded for the eastern gorilla subspecies, the IUCN said.

Against All Odds, Mountain Gorilla Numbers Are on the Rise https://t.co/PW1sCLxfzE @wwf_uk @JaneGoodallInst

“These whales are recovering largely thanks to bans on commercial hunting, international agreements and various protection measures,” Randall Reeves of the IUCN cetacean specialist group said in a press release. “Conservation efforts must continue until the populations are no longer threatened.”

Now, the bad news. The Red List update shows that other flora and fauna are under threat due to overexploitation, including the globally important vene timber tree (now “endangered”), the aquilaria agarwood that’s prized for its fragrant wood (13 out of 20 species are threatened with extinction), the giant bolson tortoise of North America (now “critically endangered”), and the pungent and endangered “corpse flower” that is now in decline due to logging and destruction of the plant’s habitat from palm oil plantations.

Not only that, the assessment also shows that 13 percent of the world’s grouper species and 9 percent of Lake Malawi fish are now threatened with extinction.

“At least two billion people depend directly on inland freshwater fisheries such as Lake Malawi for their survival,” William Darwall, head of IUCN’s Freshwater Species Unit, explained in the press release. “Almost 80 percent of catch from freshwater fisheries comes from food-deficit countries—where the general population does not have sufficient food to meet recommended daily calorie intake—yet freshwater resources are not prioritized on national or international agendas. Target 6 of the UN Strategic Plan for Biodiversity, focused on avoidance of overfishing, will therefore be missed. This omission puts local livelihoods at risk and increases the risk of food insecurity across the world.”

The Red List now includes 96,951 species of which 26,840 are threatened with extinction. The report was released as governments gather for the Convention on Biological Diversity conference this week in Egypt.

“Unfortunately, the latest update also underlines how threats to biodiversity continue to undermine some of society’s most important goals, including food security,” IUCN Director General Inger Andersen said in the press release. “We urgently need to see effective conservation action strengthened and sustained. The ongoing UN biodiversity summit in Egypt provides a valuable opportunity for decisive action to protect the diversity of life on our planet.”