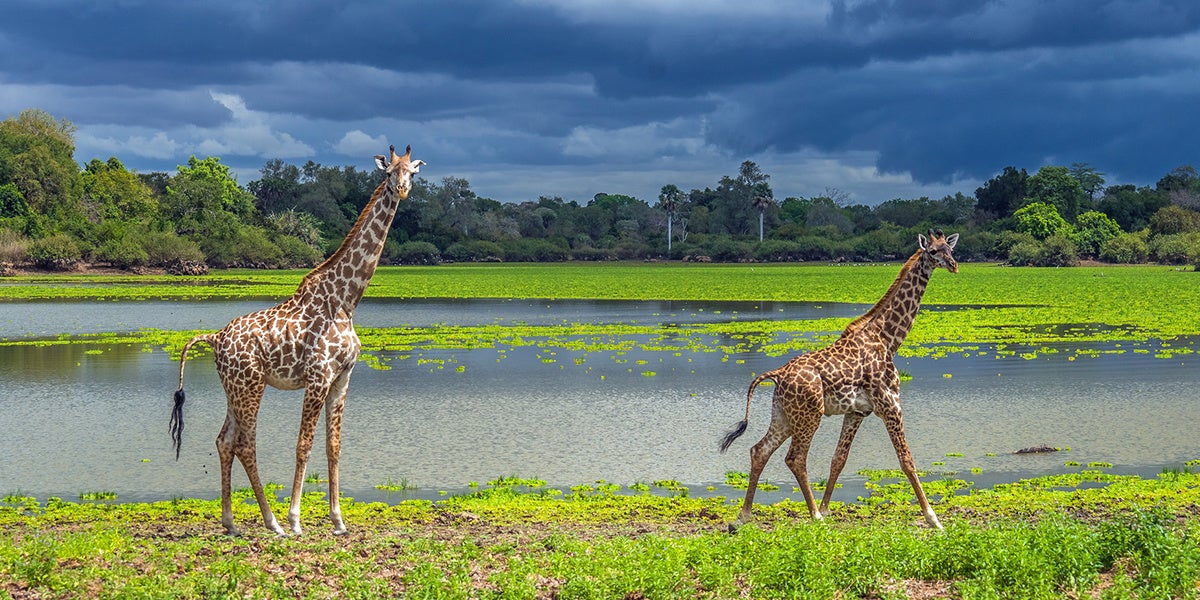 The world will see enormous losses of biodiversity across all species groups on every continent by the end of this century if we do not make deep cuts to global greenhouse emissions, according to groundbreaking research from the WWF and the Tyndall Centre for Climate Change at the University of East Anglia.

For the report, the researchers examined how the world’s
changing climate—expressed by two important variables, temperature and precipitation—will affect nearly 80,000 species of plants, birds, mammals, reptiles and amphibians inhabiting the WWF’s 35 Priority Places for conservation. These areas, from the Amazon to the Namibian desert, from the Himalayas to the Mediterranean, feature some of the richest biodiversity on the planet, including many endangered and endemic species.

For each area, the researchers tested three projected climate scenarios: a 2°C rise, the upper temperature limit of the Paris agreement; a 3.2°C rise, which represents the UN’s latest projections based on governments likely overshooting their climate pledges; and a 4.5°C rise, or a business-as-usual scenario.

The outlook for each of the three scenarios does not look good. As you can see in the chart below, in the Amazon and Guianas in South America, “even a 2°C rise would make the new average temperature hotter than previous extremes, and would threaten more than one-third of species in all groups in the absence of dispersal,” the report states.

If global average temperatures rose to 3.2°C, 60 percent of plant life and 50 percent of wildlife in the Amazon would be at risk for extinction.

Climate change scenarios in the Amazon and Guiuanas.

The predictions were the most alarming in the Miombo Woodlands—one of the Priority Places most vulnerable to climate change—in central and southern Africa.

If global temperatures rose 4.5°C, the report projects the loss of 90 percent of amphibians and 80 percent or more of plants, birds, mammals and reptiles.

The authors suggest two solutions to help save the world’s precious biodiversity. The first is dispersal, which would allow some species to migrate to less vulnerable territory.

But the second and most important solution is reducing greenhouse gas emissions and limiting to warming to 1.5°C.

Up to 50% of species could be lost in areas studied if global temperatures rise by 4.5°C. https://t.co/awWK76ozLh

“The most important thing the world can do is to keep global temperature rises to a minimum by doing everything possible to reduce the greenhouse gases in the atmosphere,” the authors write. “Put simply, we have to stop burning fossil fuels. A couple of degrees may not sound like a huge margin, but the projected harm to biodiversity increases enormously between the rise targeted under the Paris Agreement (well below 2°C and aiming for 1.5°C), and a business-as-usual projection of 4.5°C.”

“This is not simply about the disappearance of certain species from particular places, but about profound changes to ecosystems that provide vital services to hundreds of millions of people,” they noted.

To avoid this, the authors propose a concerted global response centered on four actions:

2. Conservation planning needs to consider climate change. Conservation planning needs to be based on projected future climatic conditions, with a particular focus on notably vulnerable or resilient areas. An emphasis on aiding species dispersal is critical; as is the promotion of green development that doesn’t put extra pressure on wildlife populations as the effects of a warmer climate worsen.

3. Further research is essential. We need to recognize that this area of study is relatively new: alongside on-the-ground action, scientists must keep on with their efforts to deepen our understanding of the changes we can expect to see—and we need to base our policies on the growing knowledge base they’re creating.