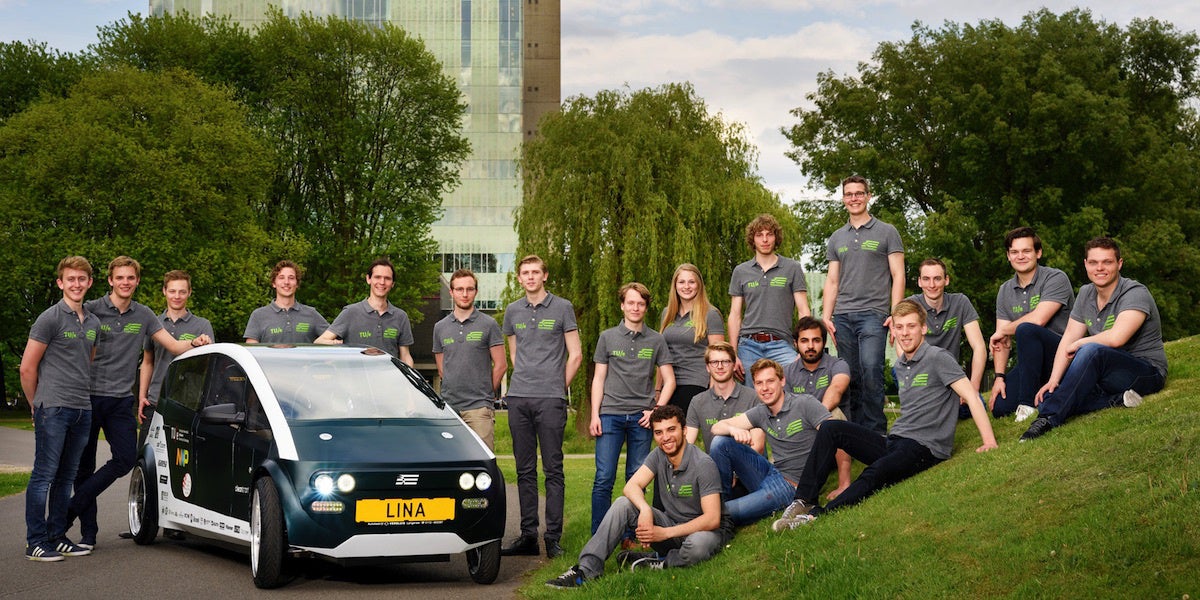 Students in the Netherlands have built a biodegradable
electric car that seats up to four people and can travel at 50 miles (80 km) per hour.

The “Lina” is
said to be the world’s first biocomposite car.

According to
Composites Manufacturing magazine, the Lina only weighs 660 pounds, as its chassis consists of a honeycomb core made of polylactic acid (a completely biodegradable resin derived from sugar beets) sandwiched between two flax fiber composite sheets, giving the car a strength to weight ratio similar to glass fiber.

“Only the wheels and suspension systems are not yet of bio-based materials,” Yanic van Riel, one of the developers from the TU/Ecomotive team at the Eindhoven University of Technology, told Reuters. 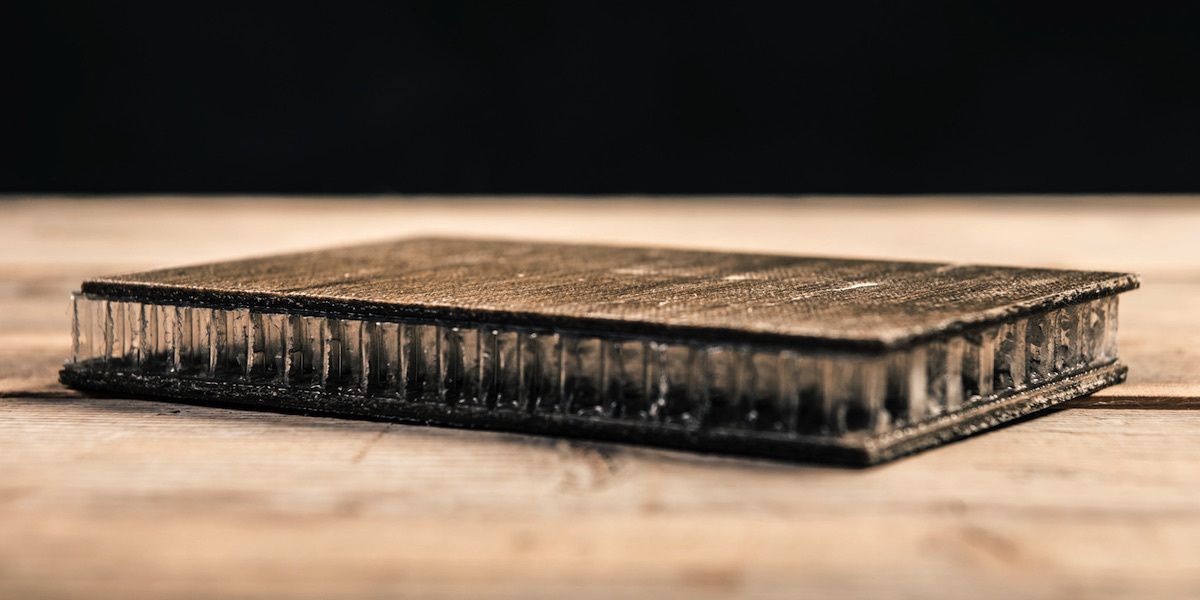 The car’s frame is made of sugar beet resin sandwiched between Dutch-grown flax.TU/Ecomotive

Another advantage of the car’s light weight is that it significantly reduces battery size. Team leader Noud van de Gevel said only 30 kilograms (66 pounds) of battery packs were needed to power the Lina for a range of about 100 kilometers (62 miles).

That’s “about four times more efficient than the BMW i3 … and that’s in real city driving, [which includes] breaking, stopping and accelerating,” he quipped.

Van de Gevel told Reuters that the prototype has not yet passed crash tests as the material “will not bend like metal, but break.”

The group intends to test drive the Lina later this year on city streets once it’s approved by the Netherlands Vehicle Authority.

Watch here to see the car in motion: