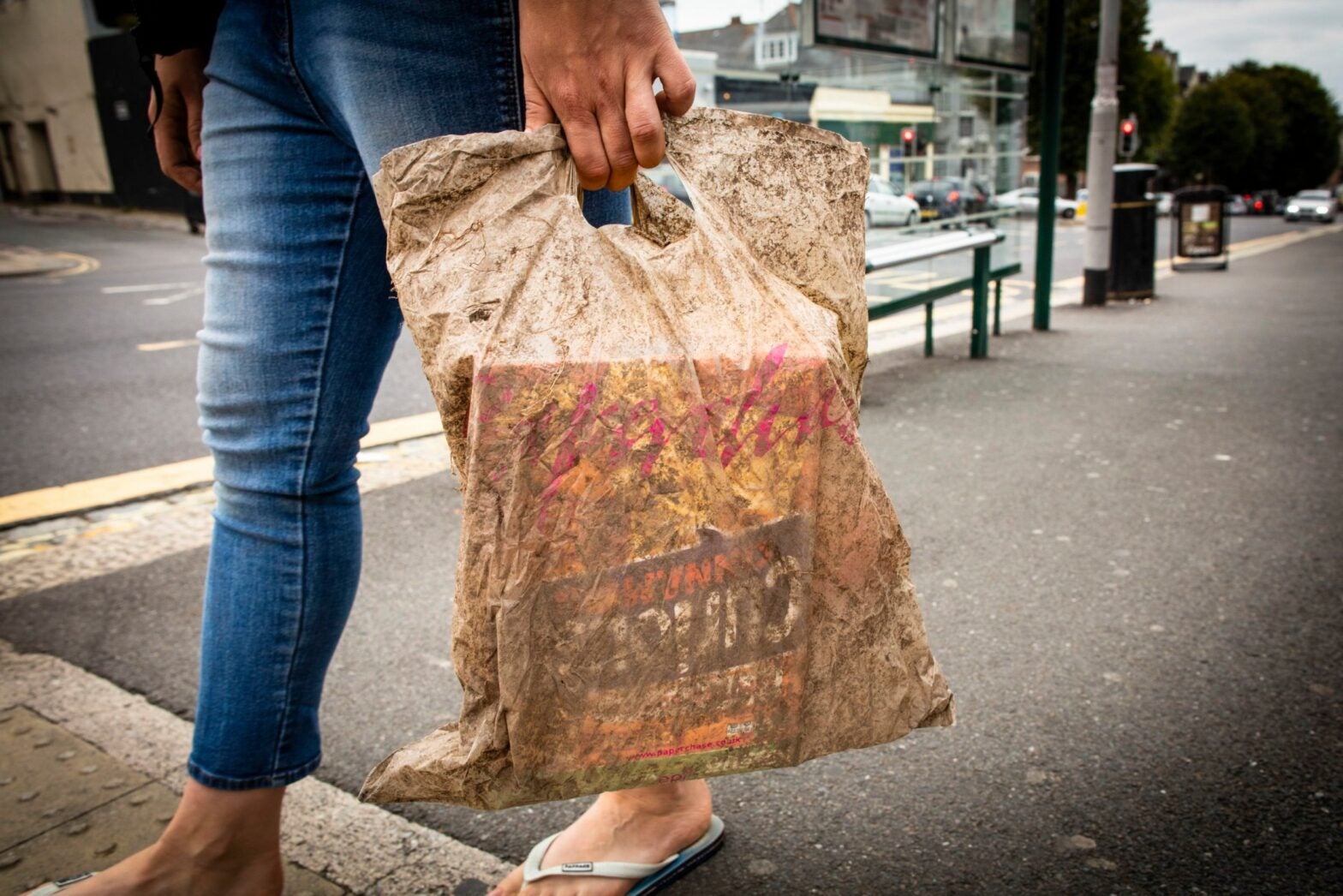 The advantage of biodegradable shopping bags is supposed to be that they will not linger as long in the natural environment as conventional plastic bags. However, a new study from the University of Plymouth suggests that might not be the case.

The study, published in Environmental Science and Technology Sunday, found that bags billed as biodegradable could still carry around five pounds of groceries after being buried in soil or submerged in sea water for three years, The Weather Channel reported.

“After three years, I was really amazed that any of the bags could still hold a load of shopping. For biodegradable bags to be able to do that was the most surprising,” study leader Imogen Napper said.

“After three years, I was really amazed that any of the bags could still hold a load of shopping. For a biodegradable bag to be able to do that was the most surprising."@PlymUniNews @Imogennapper @ProfRThompson @EnvSciTech @SciEngPlymUni pic.twitter.com/YgYblPwbrg

Researchers compared five types of bags widely available in the UK, according to The Guardian: two oxo-biodegradable bags, a biodegradable bag, a compostable bag and a high-density polyethylene, i.e. conventional plastic bag. Each bag was then exposed to soil, seawater or open air for up to three years.

Here is a break-down of the results:

My 3-year experiment is out today! This is a biodegradable plastic bag after 3-years in the marine environment, and it can hold a full bag of shopping. Biodegradable/compostable items do not necessarily break down quickly in natural environments like the ocean 🌊 pic.twitter.com/LDucC4NucJ

“This research raises a number of questions about what the public might expect when they see something labelled as biodegradable,” study co-author and International Marine Litter Research Unit head Professor Richard Thompson said in a university press release. “We demonstrate here that the materials tested did not present any consistent, reliable and relevant advantage in the context of marine litter.”

Thompson told National Geographic that the biodegradable labeling can confuse customers about the most responsible ways to carry shopping and disposing of bags. They might think they are doing the right thing by adding biodegradable bags to recycling bins, when really these bags can interfere with the recycling process.

“If you’ve got bags with a self-destruct function, the recycler doesn’t want that mixed in with other bags,” Thompson told National Geographic. “They need known and consistent material. So the issue becomes how do you separate biodegradables from conventional plastics? How is the consumer supposed to know how to dispose of it?”

The study pointed out that successful composting required a particular process and a disposal system organized around it, which the UK currently does not have, according to The Guardian. Vegware, the company that makes the compostable bags used in the study, told The Guardian that their bags were only designed to break down in specific conditions.

Both the United Nations and the European Union have rejected biodegradable bags as an effective solution to the eight million tons of plastic that end up in the world’s oceans each year, National Geographic reported. Thompson is not against biodegradable bags, but thinks it is important that the right bag is matched to the situation in which it is most likely to be disposed of in an environmentally friendly way. For example, biodegradable materials would be advantageous at sports stadiums, where they could be gathered in one place with the rest of the food waste at the end of the game and disposed of in a way that ensures they break down. For grocery shopping by individual consumers, reusing the same bag as many times as possible is a more effective way to reduce waste.

“A bag that can and is reused many times presents a better alternative to degradability,” the study concluded, according to National Geographic.