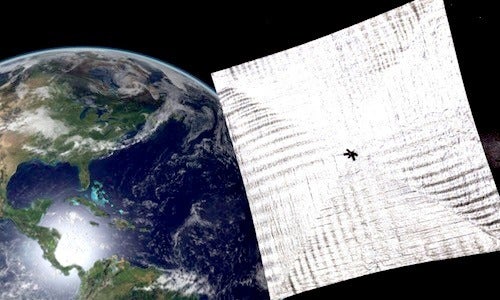 The Planetary Society’s solar sail is another step closer to spending its days in the sun. The world’s largest space-interest nonprofit has unveiled the LightSail-2, the successor to the original LightSail CubeSat (or cube satellite used for space research) that successfully deployed its solar sails in space eight months ago. 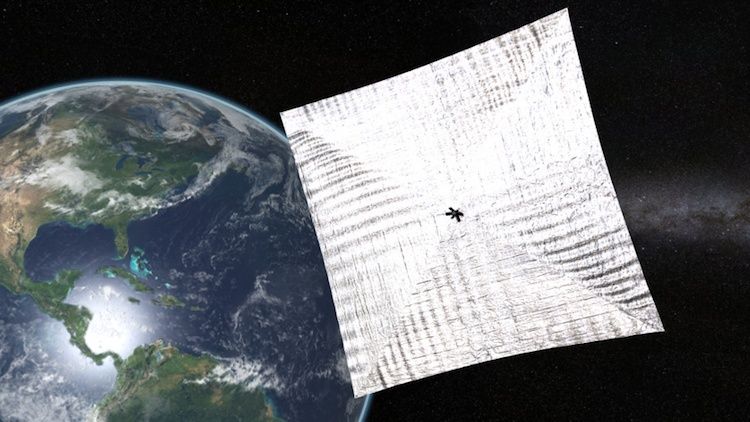 The LightSail’s mylar solar sails span 32-square-meters and are designed to capture sunlight and convert its pressure to propel the spacecraft forward. Photo credit: Josh Spradling / The Planetary Society

In June 2015, the Planetary Society proved that flight by light could be possible when it unfurled a solar sail in low-Earth orbit, paving the way for a full-fledged solar sail flight in 2016.

Once this technology is perfected, the LightSail could revolutionize and significantly lower the costs of space travel. Instead of rocket fuel, future spacecraft can be propelled by a sail that captures and converts the sun’s photons into pressure that propels the spacecraft forward, thus making it an “inexpensive, inexhaustible means of propulsion,” as the project’s successful Kickstarter campaign pointed out.

As Vox wrote, what makes this project even more interesting is that it’s not funded by NASA or a private enterprise. If successful, the LightSail project will essentially democratize space travel, as it’s being built by the citizen-funded Planetary Society and the 23,331 backers who collectively pledged $1,241,615 to bring this crowd-funded project to life.

The latest mission is expected to launch sometime this Fall. The LightSail-2 will travel on Georgia Tech’s Prox-1 satellite on Elon Musk‘s SpaceX Falcon Heavy rocket.

Here’s what will happen to the LightSail once it’s in orbit, as Gizmodo reported:

The new light sail features four triangular sails, made of mylar, which combine to form a rectangular-shaped surface. Once the [three unit] cubesat reaches an orbital altitude of 500 miles (800 km), the sails will deploy, extending across a total area measuring 32 square meters. The main test goal will be to assess whether the solar sails are a viable form of spacecraft propulsion.

This animation shows how the LightSail-2 will deploy from the Prox-1 satellite:

The idea of solar sailing came decades ago from Planetary Society founders Louis Friedman, Bruce Murray and Carl Sagan, who even stopped by Johnny Carson’s The Tonight Show to explain the technology.

“[It] travels on the radiation and particles that come out of the sun, the wind from the sun,” Sagan said. “Because it has a constant acceleration, it can get you around the inner part of the solar system a lot faster … than the usual sorts of rocket propulsion.”

Nye told Motherboard that besides interstellar space travel, the solar sail can be used in various other ways, from monitoring solar weather to helping a satellite de-orbit:

You’re required to have your satellite deorbit in 25 years. That’s an international rule being informally embraced, and people are working on treaties to formalize it. Getting a spacecraft to come down when you want it takes either fuel or dumb luck. With a sail, you can create all this drag. For example, where the ISS is, there are still a few air molecules. So when you deploy a sail, the thing comes down a thousand times faster than otherwise. Satellite manufacturers could very reasonably meet the requirements by including a little drag sail.

This video shows a test deployment of the LightSail 2’s sails at California Polytechnic State University in January:

The Planetary Society’s digital editor Jason Davis explains what happened in the video:

Unsurprisingly, [the] deployment tests revealed minor issues that engineers…have spent the past few weeks working to resolve. The deployment motor hesitated several times, not unlike the way it did during LightSail 1 testing. There was a glitch with the spacecraft’s onboard cameras, which capture staggered images during the sail deployment sequence. And additional refinements are still being applied to the spacecraft’s communications and attitude control systems.

A second round of system testing is planned at Cal Poly. This will pave the way for a full, day-in-the-life test as soon as March, when the spacecraft demonstrates its core mission functions one final time on the ground.

You can read the history of the LightSail here and learn more about the project in this video below: