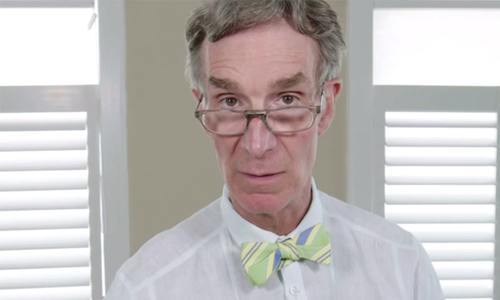 Bill Nye gets flak all the time from Internet trolls for merely speaking out about the need to address climate change. But that hasn’t stopped the famed scientist from shredding climate deniers’ specious arguments and using his fame to bring attention to the need to act on climate.

Now, Bill Nye has released a video, which has nearly 3 million views, that features many of the mean tweets people write about him with a plug at the end for the ongoing Kickstarter campaign launched by two fans who want to create a feature-length film about the beloved science guy.

President Obama: ‘It’s Time for America and the World to Act on Climate Change’