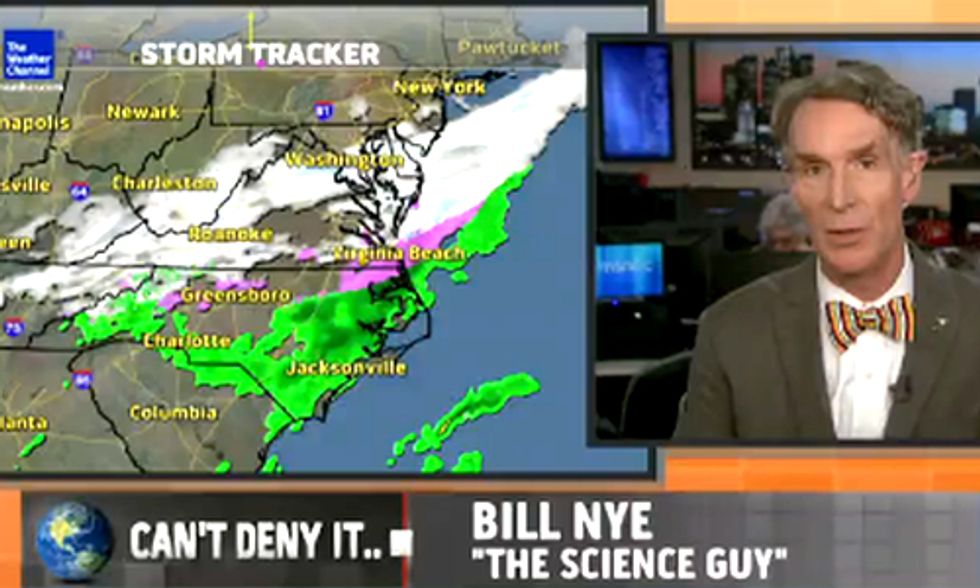 Two weeks after a popular debate with a Tennessee congresswoman who said climate change was "unproven," Bill Nye returned to MSNBC's airwaves to discuss another climate-related issue.

This time, it was to help clear the air on what the word actually means. "The Science Guy" was joined on The Reid Report by fellow guest Michael Mann, a climate scientist, author, professor and director of Penn State University's Earth System Science Center, for a brief segment that broke down the differences between the two words.

Show host Joy Reid set the stage by displaying dictionary definitions for both words, as well as the Center for American Progress' list of weather forecasters around the country who have denied the existence of global warming.