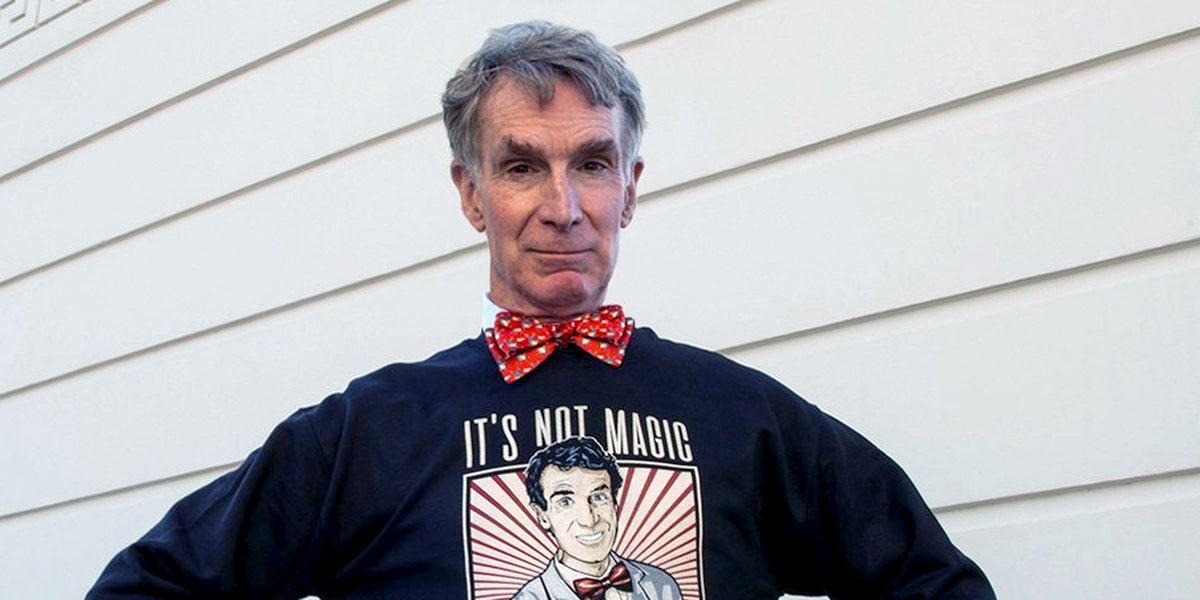 With a rough 2016 officially behind us, and a foreboding 2017 ahead, maybe we all need a good dose of 1990’s nostalgia. This Spring, Bill Nye will make his long-awaited return to our screens with his new Netflix show, Bill Nye Saves the World.

While Netflix first announced the show in late August, Nye’s comeback seems all the more fitting with Donald Trump‘s presidential inauguration this Jan. 20.

“Each episode will tackle a topic from a scientific point of view, dispelling myths, and refuting anti-scientific claims that may be espoused by politicians, religious leaders or titans of industry,” Netflix stated in a press release.

Trump, as any EcoWatch reader knows, is just about as anti-science as it gets. The president-elect has plans to withdraw from the Paris climate agreement, undo President Obama’s signature Clean Power Plan and other environmental initiatives, and has nominated an entire cabinet of fossil fuel “puppets” and executives.

largely because of the success of modern farming.”

However, Nye cautioned that introducing new organisms into the ecosystem can have “unintended consequences.”