Bill Nye: ‘See You in Washington’ 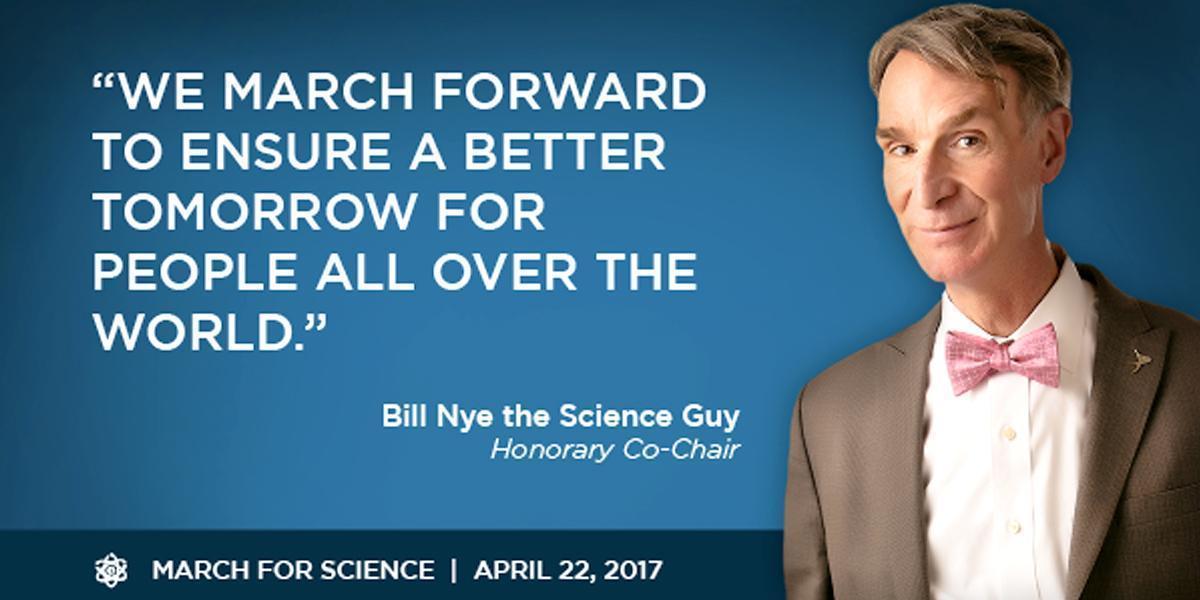 The March for Science has announced three honorary national co-chairs for the April 22 march in Washington, DC.

They are: Dr. Mona Hanna-Attisha, a pediatrician and key whistleblower of the Flint water crisis, Dr. Lydia Villa-Komaroff, a biologist who made critical contributions to how bacterial cells could be used to generate insulin, and Bill Nye, beloved science educator and CEO of The Planetary Society.

According to a Planetary Society blog post, Nye is marching to “celebrate science,” “advocate for space” and “inspire unity.”

“The March for Science champions robustly funded and publicly communicated science as a pillar of human freedom and prosperity,” the post stated. “We unite as a diverse, nonpartisan group to call for science that upholds the common good and for political leaders and policymakers to enact evidence-based policies in the public interest.”

“See you in Washington, and around the world,” the Science Guy signed off.

Thousands of scientists and science advocates plan to descend on the nation’s capital this Earth Day. More than 400 satellite rallies have also been organized around the country.

The march has grown into an international movement since it was first hatched in January but it was not without its share of controversies.

A recent Buzzfeed News report highlighted concerns over diversity as well as the mixing of political goals with scientific goals.

As Buzzfeed reported, “As recently as last week, Nye was slated to be the march’s first honorary co-chair. But after a fresh round of complaints that the group was not taking diversity issues seriously enough, Hanna-Attisha and Villa-Komaroff, both women of color who have long fought for science to serve communities it has traditionally left behind, were added to the lineup.”

Hanna-Attisha is a first-generation Iraqi immigrant who has spoken out about the Trump administration’s proposed immigration restrictions. Villa-Komaroff is a Mexican American who co-founded the Society for Advancement of Chicanos/Hispanics and Native Americans (SACNAS).

“Science, and our society, are stronger when the people doing science reflect our society as a whole,” Villa-Komaroff said.

The Trump Administration, Slanted Science and the Environment: 4 Essential Reads