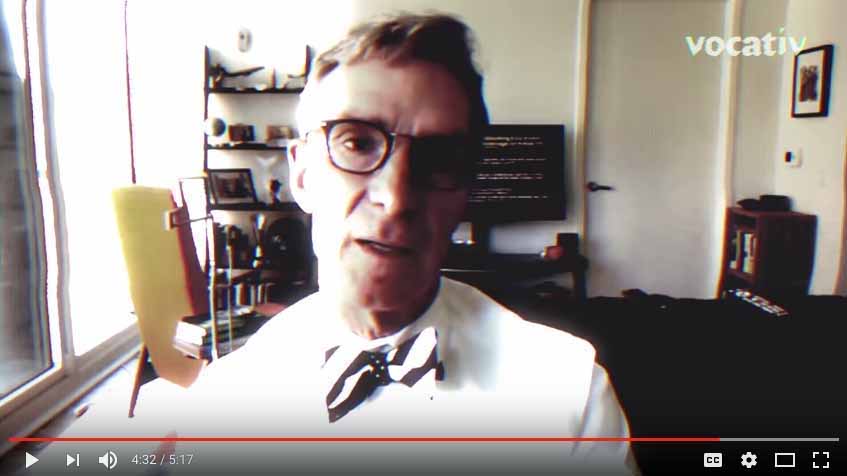 Today, we’re focusing on the good people who take on the run-of-of-the-mill internet trolls.

First, our favorite science guy, Bill Nye, is back with a new video aimed at debunking climate change conspiracy theories. Vocativ combs through online conspiracy forums to see what “climate change truthers” are saying, then Nye takes down the wacky theories one by one. We won’t get into every one as they’ve been repeatedly debunked before, but Nye takes on the truthers with his usual flair (and bow tie).

“It’s not that the world didn’t used to be warmer in the ancient dinosaur days,” Nye said, “It’s the speed at which the world is getting warmer … that’s so troublesome.”

Two members of the Argonne National Laboratory, Seth Darling and Douglas Sisterson, follow Nye’s lead, asking in a new post, “How can so many prominent individuals—and a notable fraction of the public—persist in promulgating such damaging viewpoints in the face of overwhelming scientific evidence?”

Their advice on winning over the truthers is to do much like what Nye does on a regular basis. “Scientists must step out of their laboratories and offices and interface with the public,” Darling and Sisterson contend.

Hopefully, scientists and great communicators like Nye will continue to engage and get climate change further into the public conscious. He’s already tried making bets with deniers, maybe now it’s time for a round of Truther dares?