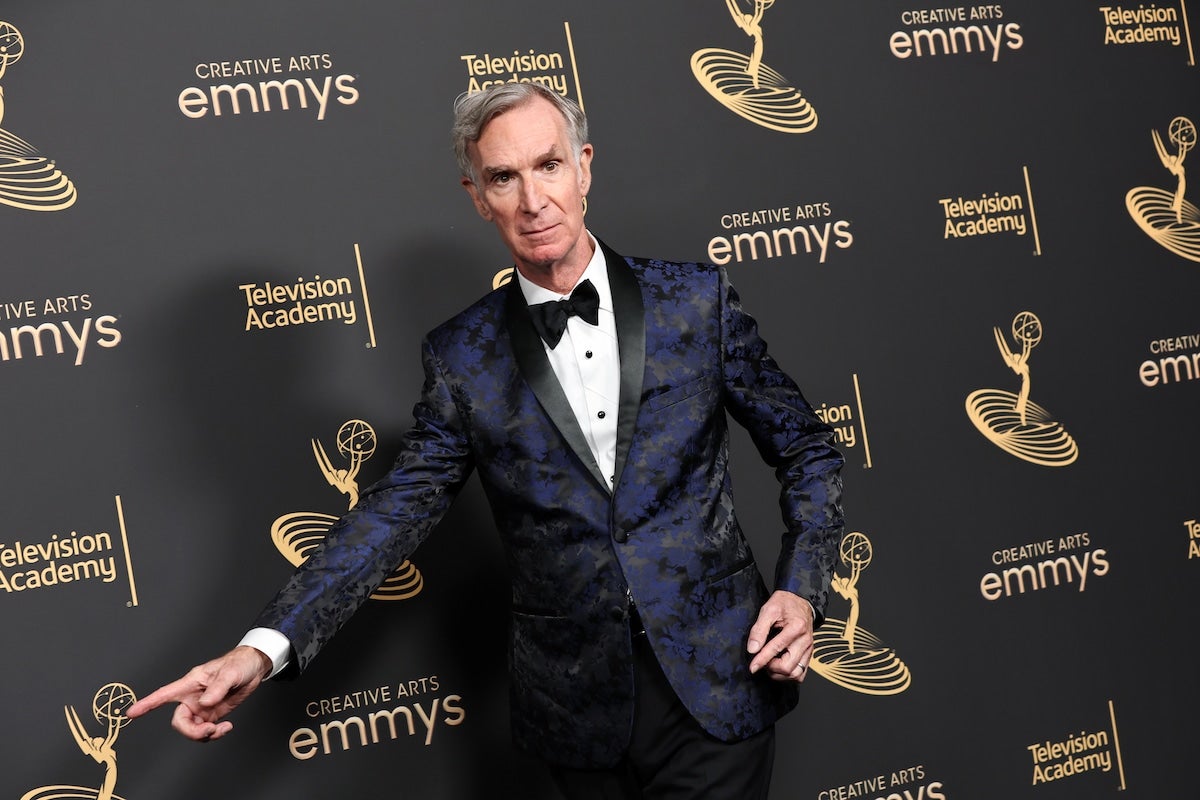 Bill Nye the Science Guy has a message for conservative lawmakers and television networks who continue to peddle climate denial in the wake of Hurricane Ian: “Cut it out.”

Nye delivered his message on CNN when speaking with broadcaster Jim Acosta Saturday about the relationship between the climate crisis and strong hurricanes like Ian, which devastated Florida when it made landfall as a Category 4 storm September 28.

“I”m just asking everybody on the other side to cut it out,” Nye told Acosta. “We’ve got hundreds of thousands of people suffering tremendously, now come on, let’s get to work.”

Acosta began the interview by asking Nye how the climate crisis had impacted Hurricane Ian, which inundated some parts of Florida with a total rainfall only seen once every thousand years.

“This hurricane is exactly the kind of thing that’s predicted by every climate model,” Nye said.

“The energy that drives a hurricane is heat,” Nye explained. “As the atmosphere gets warmer, the heat ends up in the ocean.”

He then went on to detail how slightly cooler air forces the warm ocean air upwards, where it hits the stratosphere and is transformed into a circular storm by the forces of gravity and the Earth’s rotation.

In addition to Nye’s comments, a research team made initial calculations that Ian was more than 10 percent wetter than it would have been without human-caused climate change, as the School of Marine and Atmospheric Sciences at Stony Brook University announced on Twitter.

Nye’s remarks to conservatives came as he was discussing what to do about climate change. He mentioned a plethora of solutions from improving infrastructure to building more trains. But he said one thing was standing in the way of any potential solution.

“If we don’t acknowledge there’s a problem, we’re not going to get it done,” he said.

He then called out Republican lawmakers specifically.

He then held up a graph shared by “an infamous, notorious host” on a “conservative network” the night before. While Nye didn’t name names, HuffPost identified the host as Tucker Carlson of Fox News. Nye said the graph “cherry-picked” data about hurricanes in a way that wasn’t an outright lie, but was “absolutely misleading.”

The graph shown by Carlson claimed there was no increase in hurricane landfalls in the U.S. between 1900 and 2020, according to a clip shared by Media Matters. Notably, the verdict from climate scientists is still out on whether or not climate change will increase the overall frequency of hurricanes. What they do claim is that the storms that do form are becoming more powerful and so therefore the number of especially destructive hurricanes has increased.

This isn’t the first time that Nye has gotten political in the face of climate denial. In 2017, he called the Trump administration the “last gasp of the anti-science movement.” In 2018, he challenged Canadian Prime Minister Justin Trudeau over his approval of the controversial Trans Mountain pipeline expansion. He is also a disaster expert. He hosts The End is Nye on Peacock, in which he outlines how to survive natural disasters using science.

Dreaming of Beachfront Real Estate? Much of Florida’s Coast Is at Risk of Storm Erosion
By Zhong-Ren Peng
By The Conversation
Climate-Denying Groups Use Right Whales as Front to Oppose Offshore Wind
One common tactic of renewable energy opponents is to emphasize
By Olivia Rosane
Europe’s Largest Battery Storage System Goes Live in UK
As the UK braces for the first full winter since
By Olivia Rosane