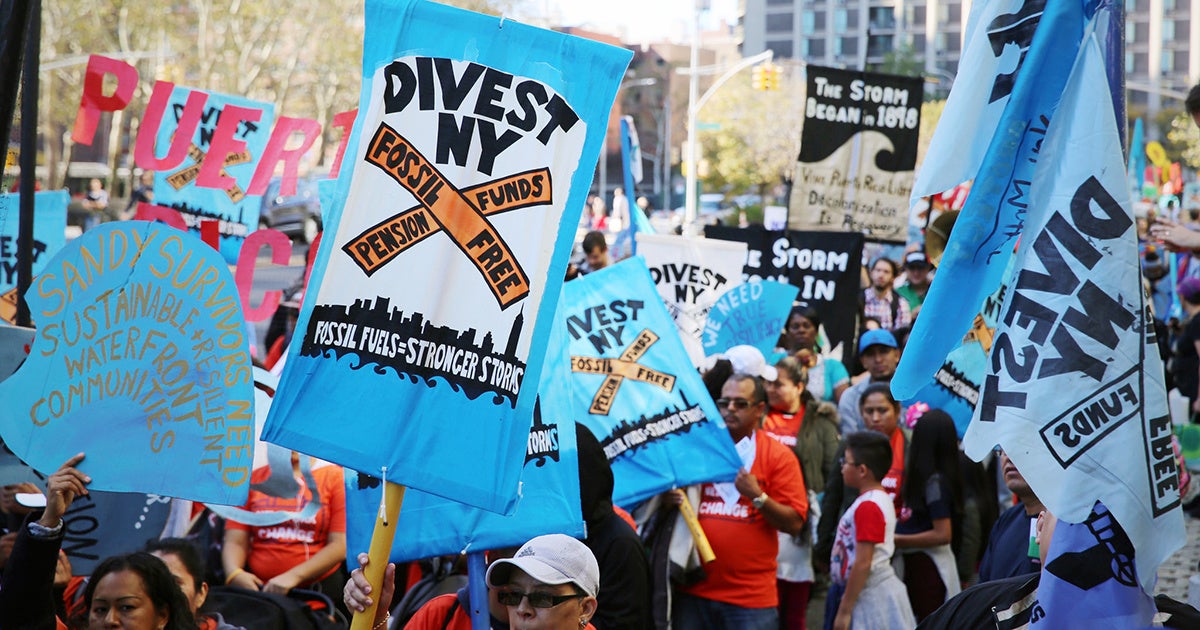 “We need to view the fossil-fuel industry in a new light. It has become a rogue industry, reckless like no other force on Earth. It is Public Enemy Number One to the survival of our planetary civilization.”

With these words, environmental activist
Bill McKibben launched a radical and moral broadside against the fossil-fuel industry and its contributions to climate change in Rolling Stone magazine in 2012.

In a coordinated move, the McKibben-founded climate advocacy group
350.org launched its Go Fossil Free: Divest from Fossil Fuels! Campaign with a stated goal to “revoke the social license of the fossil fuel industry.” With the help of activist college students, the movement sought to stigmatize fossil fuel companies, restrict future cash flows and depress share prices by compelling universities to divest their holdings in these companies.

Now, five years later, the effort seems to
some to have been a failure, at least by the financial measures they laid out. Only a limited number of institutions have divested their endowments, and the stocks of major fossil-fuel companies show little effect.

But in doing a
network text analysis of news articles, we found that by other measures the effort has been a success. Exhibiting a phenomenon in the social sciences called the “radical flank effect,” McKibben and 350.org have dramatically altered the climate change debate in the U.S. Their success on this dimension offers important insights relevant for all social activists to consider.

First introduced by sociologist
Herbert Haines in 1984, the radical flank effect refers to the positive or negative effects that radical activists can have on more moderate ones in the same cause.

The negative radical flank effect creates a backlash from opposing groups. In such cases, all members of a movement—both moderate and radical—are viewed with the same critical lens. For example, some may think that all environmental groups should be judged by the tactics of those who spike trees to prevent logging or ram whaling ships.

Conversely, the positive radical flank effect is when members of a social movement are viewed in contrast to each other; extreme actions from some members make other organizations seem more palatable or reasonable. 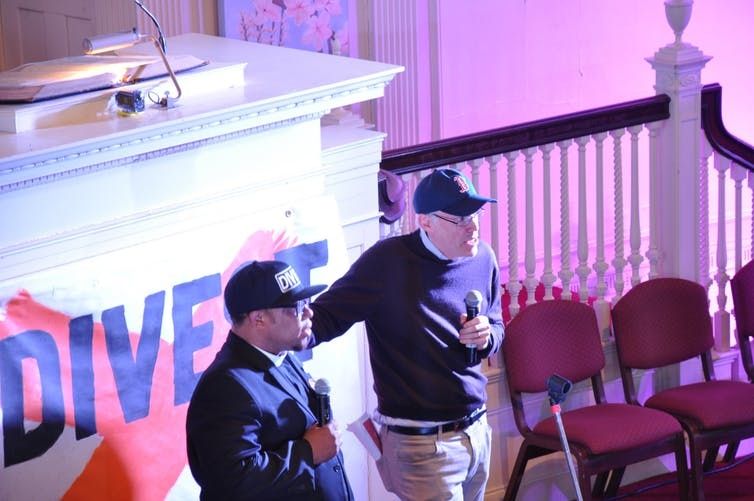 Bill McKibben (on right) speaks at a 2015 event to pressure Harvard University to divest from its financial stakes in fossil fuel companies. 350.org

Haines first studied this in the context of the civil rights movement of the 1960s. When Martin Luther King Jr. first began speaking his message, it was perceived as too radical for the majority of white America. But when Malcolm X entered the debate, he extended the radical flank and, as a result, made King’s message look moderate by comparison.

Russell Train, second administrator of the U.S. Environmental Protection Agency, articulated the positive radical flank effect in the 1970s when
he quipped, “Thank God for David Brower. He makes it so easy for the rest of us to be reasonable.” Brower, the first executive director of the Sierra Club, was a controversial figure who pushed the environmental movement to take more aggressive actions.

The Radical Flank Effect and Divestment

It was in 2012 that McKibben and 350.org staked the radical flank by mobilizing students to pressure their colleges or universities to liquidate their investments in fossil fuel companies.

This was a far more extreme position than was previously taken by activists in the climate change debate. Namely, where others argued for industry-wide controls on
carbon without demonizing any particular industry, McKibben’s radical flank portrayed the fossil-fuel industry as a public enemy and called for its extermination.

The campaign’s goal was to stigmatize—and thereby harm—the value of fossil fuel companies. But in our study, we found the ultimate effect of their efforts was not so much financial as on the terms of the debate over climate change.

We used text analytics software to sift through 42,000 news articles about climate change between 2011 and 2015 and map the influence of the radical flank. In this analysis, we found that the divestment campaign expanded rapidly as a topic in worldwide media. In the process, it disrupted what had become a
polarized debate and reframed the conflict by redrawing moral lines around acceptable behavior.

Our evidence suggests this shift enabled previously marginal policy ideas such as a carbon tax and carbon budget to gain greater traction in the debate. It also helped translate McKibben’s radical position into new issues like “stranded assets” and “unburnable carbon,” the idea that existing fossil fuel resources should remain in the ground.

Although these latter concepts are still radical in implication, they adopt the language of financial analysis and appeared in business journals like
The Economist, Fortune and Bloomberg, which makes them more legitimate within business circles.

Thus, the battle cry of divestment became a call for prudent attention to financial risk. By being addressed in these financial publications, the carriers of the message shifted from grassroots activists to
investors, insurance companies and even the Governor of the Bank of England.

The radical flank effect and our findings offer some critical insights for social activists.

Social movements typically achieve influence by gaining attention from news media and gaining buy-in from critical supporters. A conventional approach might collapse these goals into a plan to directly challenge specific targets, as when a labor campaign elicits public support to unionize a workplace or an environmental campaign seeks to shut down a specific pipeline. 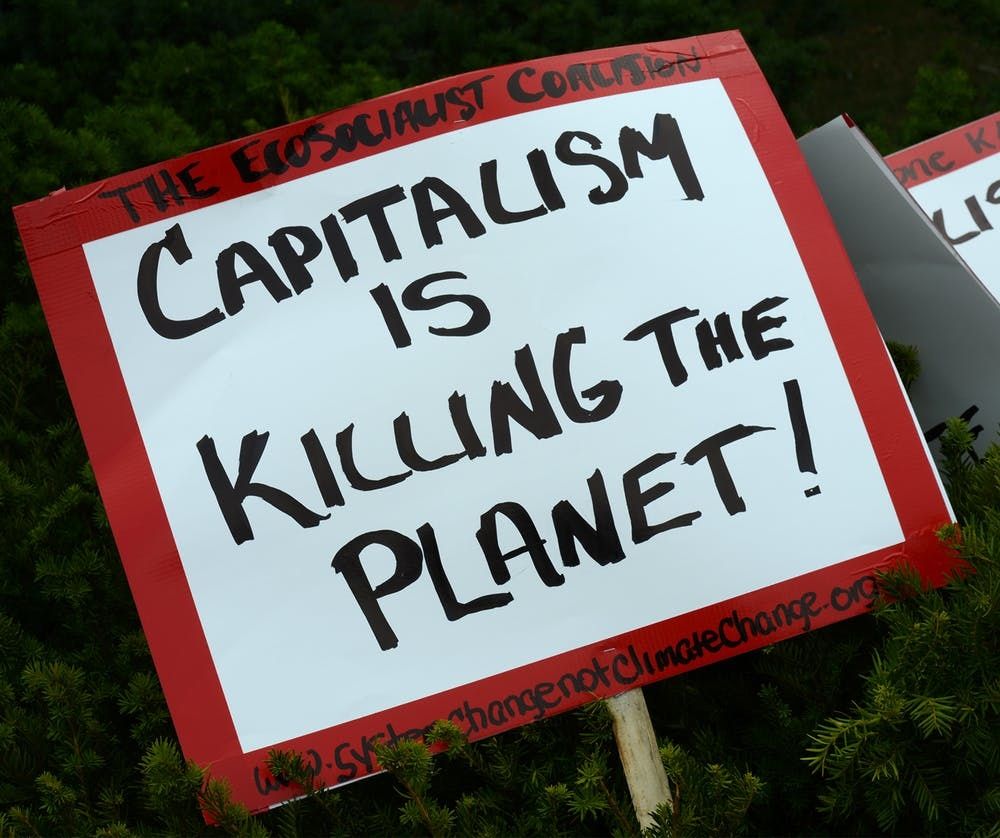 More radical movements than divestments, such as blaming capitalism for lack of progress on environmental problems, have not been as effective in shaping the climate debate in the U.S. Stephen Melkisethian

Instead, our analysis shows the value of distinguishing between challenging specific targets and changing the broader public discourse. Although the divestment campaign chose an objective that was largely impossible to fulfill, its tactics expanded the boundaries of the public debate and enhanced the viability of progressive issues. As such, the radical flank effects social change indirectly by creating opportunities for more moderate groups and issues to become more influential.

But, it is important to note that this works in some circumstances and not others. Radical positions can go so far that they have limited effects on the mainstream, which appears to be the case for Naomi Klein’s book
This Changes Everything: Capitalism vs. the Climate. In our data, we found her more extreme calls to “shred capitalism” had a far more limited effect in the public debate.

Our study also suggests that
indirect attempts to shift the debate may be especially useful in highly polarized issues like U.S. climate politics. In these conditions, direct challenges are likely to meet unyielding resistance, while a more indirect route may create space for incumbents, such as established corporations, opinion leaders and politicians, to positively re-evaluate climate activist positions.