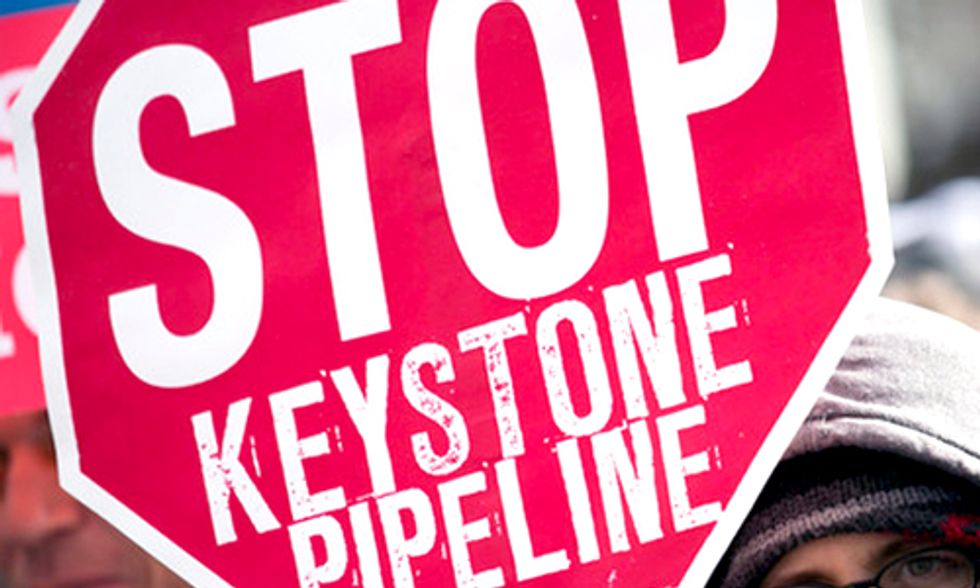 Yesterday’s Keystone XL news from DC is both important and murky. In brief, the Obama administration announced yet another delay in their decision about the pipeline, meaning it may be past the midterm elections before a final call is made.

So the Keystone fight goes on—we hope many of you will be in DC next weekend for Reject and Protect, joining the Cowboy Indian Alliance to say “hell no” to the pipeline. The Alliance members coming to DC next week are some of the strongest leaders in this fight.

If you can't be there yourself, can you show your support for the Cowboy Indian Alliance by telling Pres. Obama and Sec. Kerry to use this delay to meet with them.

The decision to delay was made—supposedly—on account for the impact of a possible new pipeline route in Nebraska. As it happens, next week Nebraskans and members of U.S. Tribes and Canadian First Nations will be in Washington—it seems to me that it would be prudent for the President and Sec. Kerry to make plans to meet with the Cowboy Indian Alliance at their encampment and get their story of what this pipeline would mean on the ground.

The climate fight can’t be delayed. We need to keep building the movement, and we need to keep putting heat on leaders like President Obama till we win not delay the decision on the Keystone XL pipeline. Yesterday’s DC decision just reinforces the message that if we stand together we will make a decisive difference—and there is an important opportunity on the horizon to do that in the biggest way yet, to be announced soon.

The last thing to say is thank you. You are the strength in this movement, and together we will make even more amazing things possible.