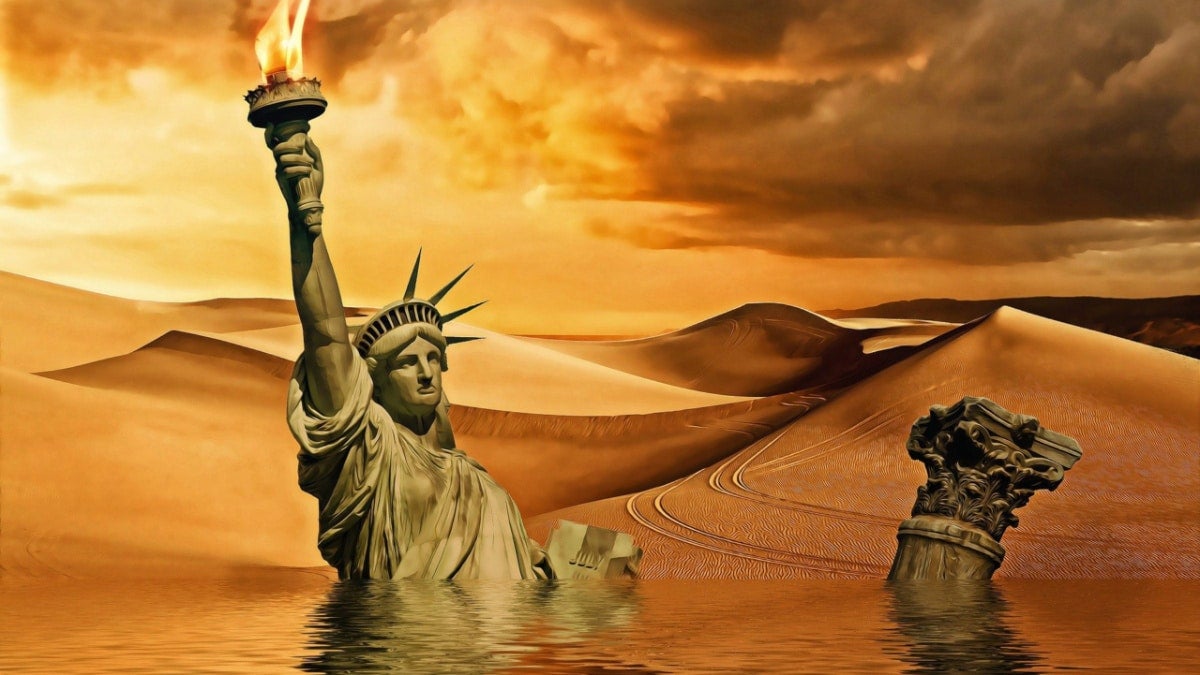 Four more years will be enough to cement in place Trump's anti-environmental policies and to make sure it's too late to really change course. Enrique Meseguer / Pixabay

To understand the planetary importance of this autumn’s presidential election, check the calendar. Voting ends on November 3—and by a fluke of timing, on the morning of November 4 the United States is scheduled to pull out of the Paris Agreement.

President Trump announced that we would abrogate our Paris commitments during a Rose Garden speech in 2017. But under the terms of the accords, it takes three years to formalize the withdrawal. So on Election Day it won’t be just Americans watching: The people of the world will see whether the country that has poured more carbon into the atmosphere than any other over the course of history will become the only country that refuses to cooperate in the one international effort to do something about the climate crisis.

Trump’s withdrawal benefited oil executives, who have donated millions of dollars to his reelection campaign, and the small, strange fringe of climate deniers who continue to insist that the planet is cooling. But most people living in the rational world were appalled. Polling showed widespread opposition, and by some measures, Trump is more out of line with the American populace on environmental issues than any other. In his withdrawal announcement he said he’d been elected “to represent the citizens of Pittsburgh, not Paris”; before the day was out, Pittsburgh’s mayor had pledged that his city would follow the guidelines set in the French capital. Young people, above all, have despised the president’s climate moves: Poll after poll shows that climate change is a top-tier issue with them and often the most important one—mostly, I think, because they’ve come to understand how tightly linked it is not just to their future but to questions of justice, equity, and race.

Here’s the truth: At this late date, meeting the promises set in Paris will be nowhere near enough. If you add up the various pledges that nations made at that conference, they plan on moving so timidly that the planet’s temperature will still rise more than 3 degrees Celsius from preindustrial levels. So far, we’ve raised the mercury 1 degree Celsius, and that’s been enough to melt millions of square miles of ice in the Arctic, extend fire seasons for months, and dramatically alter the planet’s rainfall patterns. Settling for 3 degrees is kind of like writing a global suicide note.

Happily, we could go much faster if we wanted. The price of solar and wind power has fallen so fast and so far in the last few years that they are now the cheapest power on earth. There are plenty of calculations to show it will soon be cheaper to build solar and wind farms than to operate the fossil fuel power stations we’ve already built. Climate-smart investments are also better for workers and economic equality. “We need to have climate justice, which means to invest in green energy, [which] creates three times more jobs than to invest in fossil fuel energy,” United Nations Secretary General António Guterres said in an interview with Covering Climate Now in September. If we wanted to make it happen, in other words, an energy revolution is entirely possible. The best new study shows that the United States could cut its current power sector emissions 80 percent by 2035 and create 20 million jobs along the way.

Joe Biden and Kamala Harris haven’t pledged to move that quickly, but their climate plan is the farthest-reaching of any presidential ticket in history. More to the point, we can pressure them to go farther and faster. Already, seeing the polling on the wall, they’ve adopted many of the proposals of climate stalwarts like Washington Governor Jay Inslee. A team of Biden and Bernie Sanders representatives worked out a pragmatic but powerful compromise in talks before the Democratic National Convention; the Biden-Harris ticket seems primed to use a transition to green energy as a crucial part of a push to rebuild the pandemic-devastated economy.

Perhaps most important, they’ve pledged to try to lead the rest of the world in the climate fight. The United States has never really done this. Our role as the single biggest producer of hydrocarbons has meant that our response to global warming has always been crippled by the political power of Big Oil. But that power has begun to slip. Once the biggest economic force on the planet, the oil industry is a shadow of its former self. (You could buy all the oil companies in America for less than the cost of Apple; Tesla is worth more than any other auto company on earth.) And so it’s possible that the hammerlock on policy exercised by this reckless industry will loosen if Trump is beaten.

But only if he’s beaten. Four more years will be enough to cement in place his anti-environmental policies and to make sure it’s too late to really change course. The world’s climate scientists declared in 2018 that if we had any chance of meeting sane climate targets, we had to cut emissions almost in half by 2030. That’s less than 10 years away. We’re at the last possible moment to turn the wheel of the supertanker that is our government. Captain Trump wants to steer us straight onto the rocks, mumbling all the while about hoaxes. If we let him do it, history won’t forgive us. Nor will the rest of the world.