Bill McKibben to President Obama: Say No to Big Oil 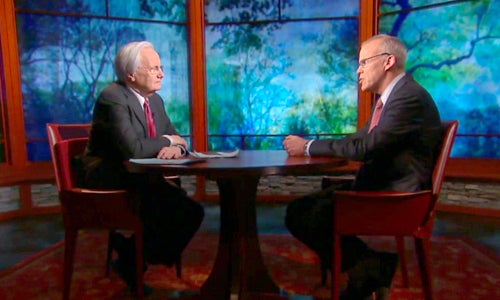 In an interview with Moyers & Company, author and environmental activist Bill McKibben tells Bill Moyers that many who believed Barack Obama in 2008 when he called for ending the tyranny of the oil industry are about to find out “whether or not they were right to believe.”

McKibben said President Obama is “theoretically a good environmentalist,” but in practice “stood aside and opened up the Arctic to drilling, opened up huge swaths of offshore America to more oil drilling, opened up the Powder River Basin for more coal mining,” and “laid the infrastructure to keep the fossil fuel boom going for another 40 or 50 years.”

Watch the interview below and hear what McKibben has to say now that the State Department has issued a long-awaited final environmental impact statement on the controversial Keystone XL pipeline.