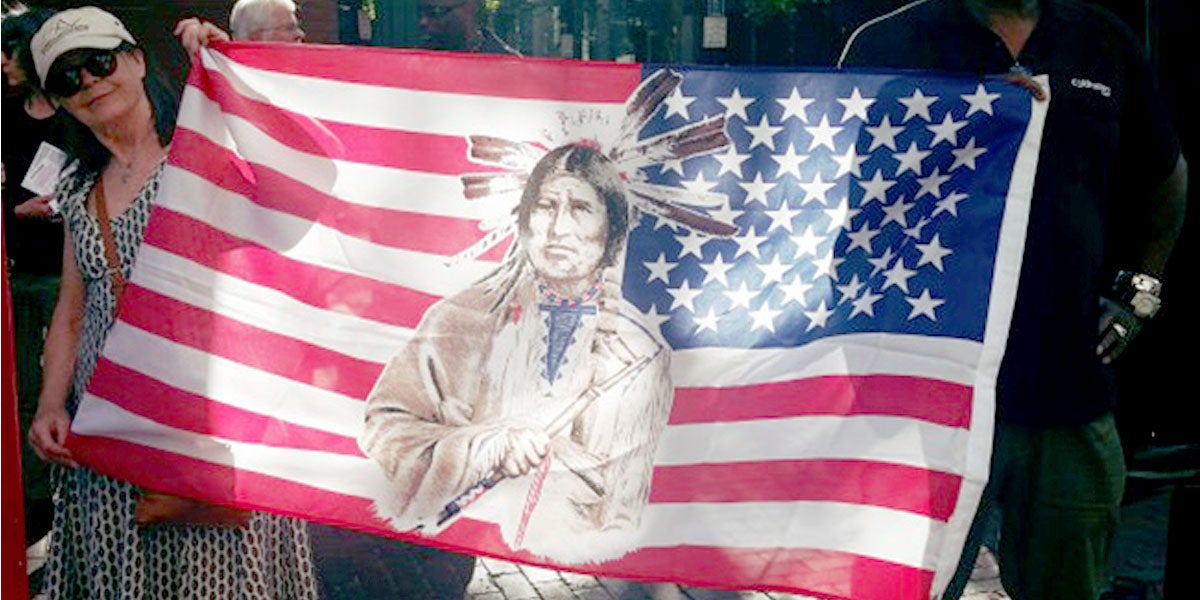 Most Americans live far from the path of the Dakota Access Pipeline—they won’t be able to visit the encampments on the Standing Rock Sioux reservation where representatives of more than 200 tribes have come together in the most dramatic show of force of this environmental moment. They won’t be able to participate in the daily nonviolent battle along the Missouri River against a $3.7 billion infrastructure project that threatens precious water and myriad sacred sites, not to mention the planet’s unraveling climate. 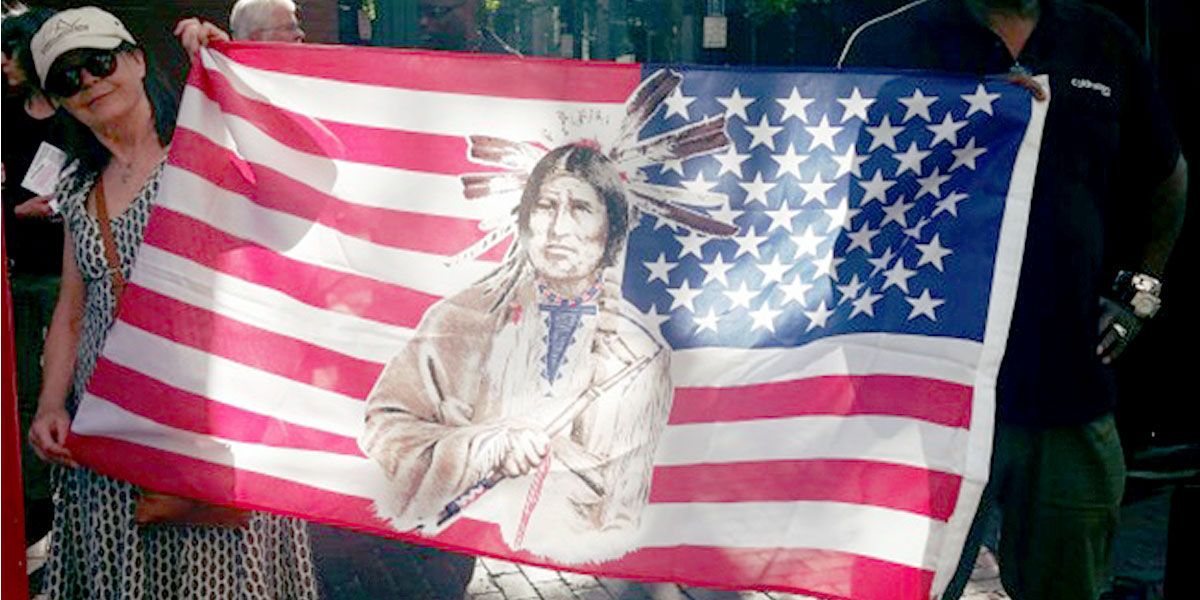 But most of us live near a bank.

Maybe there’s a Citibank branch in your neighborhood. Or Wells Fargo or Bank of America or HSBC. Maybe you even keep your money in one—if so, you inadvertently helped pay for the guard dogs that attacked Native Americans as they tried to keep bulldozers from mowing down ancestral grave sites.

Maybe you have a retirement plan invested with Goldman Sachs or Morgan Stanley—if so, you helped buy the pepper spray that the company used to clear the way for its crews as they cleared the right of way straight to the Missouri River.

In fact, virtually every name in the financial pantheon has extended credit in some form to the Dakota Access Pipeline project, according to a remarkable dossier assembled by the organization Food & Water Watch. It shows a credit line of $10.25 billion (that’s a b) for the companies directly involved in building the project—from 38 banks—a list of names that, the group adds, “might give you flashbacks to the 2007 financial crisis.”

Sporadic protests have begun at some of the banks—activists occupied a Vancouver branch of TD Bank and across the continent in Philadelphia held a protest outside another of the giant’s outlets. The same thing happened at a Citibank in downtown Chicago.

But banks love these kinds of deals precisely because they’re so capital-intensive. (And because they’re financially stacked in favor of the developers: Federal tax breaks worth more than $600 million helped make the balance sheet for Dakota Access Pipeline.)

The key Dakota Access Pipeline loan, said Rainforest Action Network’s Amanda Starbuck, is still pending. It’s a multibillion-dollar line of credit, but only $1.1 billion of the loan can be doled out until the company “resolves certain governmental permits.” Citi, Mizuho, Bank of Tokyo MUFJ, and Mizuho Bank are leaders on that loan.

Many of these banks may be vulnerable to pressure. For one thing, they’re eager to appear green: Bank of America, for instance, recently announced plans to make all its bank branches “carbon-neutral” by 2020. Which is nice—solar panels on the roof of the drive-thru tellers are better than no solar panels. But as Starbuck said, it’s basically meaningless stacked up against Bank of America’s lending portfolio, chock full of loans to develop “extreme fossil fuels, which are simply incompatible with a climate-stable world.”

Put another way: They’re going to be the vegan owners of a global chain of slaughterhouses.

Rainforest Action Network’s numbers make clear just how mammoth this problem is for those of us fighting to keep fossil fuels in the ground: In June, it reported that just 25 banks have invested “$784 billion in coal mining, coal power, ‘extreme oil’ and liquefied natural gas facilities between 2013 and 2015.”

But there are success stories: Australian campaigners, led by indigenous groups downunder and working with campaigners across three continents, persuaded most of the world’s banks to stop bankrolling plans for what would have been the world’s largest coal mine and port, and in turn, that has helped bring the project to a standstill.

The pressure will increase after this week’s release of a new report from Oil Change International, which makes clear that the oil fields, gas wells, and coal mines already in operation have enough carbon to carry us past the 2-degree target the world set in Paris a year ago (and to absolutely annihilate the stretch goal of 1.5 degrees).

That is to say: At this point, anyone who finances any fossil fuel infrastructure is attempting to make money on the guaranteed destruction of the planet.

So those Dakota Access Pipeline loans should come under new scrutiny—moral, as well as financial—since they assume that governments won’t enforce their Paris promises. That’s a gamble accountants might want to think twice about, especially after this week’s news that the SEC was investigating Exxon for its refusal to write down the value of its reserves in light of the global accords.

And at least one bank is waking up. Amalgamated—the New York-based, labor-affiliated bank—announced jointly with Bank of America that it would make its branches carbon neutral. More significantly, it also announced it was divesting from the fossil fuel business.

“We need to be honest, we have a growing environmental crisis unfolding and Amalgamated Bank will no longer sit on the sideline,” said Keith Mestrich, President and CEO of Amalgamated Bank. “As an industry that prides itself on innovation and bold action, we must all be leaders and take real action to change our course.”

Put another way: They’re vegans who will now be lending to tofu makers.

But it’s probably sustained public pressure that will do the most good.

“Oil companies are always going to drill for oil and build pipelines—it’s why they exist,” Rainforest Action Network’s Scott Parkin. “But the banks funding this pipeline have a choice as to where they put their money. Right now, Citibank, TD Bank and others have chosen to invest in a project that violates indigenous rights and destroys the climate.”

Parkin points to the protests that have already sprung up at dozens of banks from DC to New Orleans to Tucson to Long Beach to the Bronx.

“We have the power to derail that loan with a different kind of currency,” he said. “Putting our bodies on the line at any financial institution that says ‘Dakota Access Pipeline, we’re open for business.'”

And if anyone has any doubts that civil disobedience can be useful, remember how the amazing activists at Standing Rock forced the federal government to blink, pausing construction earlier this month. Their nonviolent leadership has inspired all of us—and it should have sent a shiver down the spine of a few bankers.

Reposted with permission from our media associate Yes! Magazine.