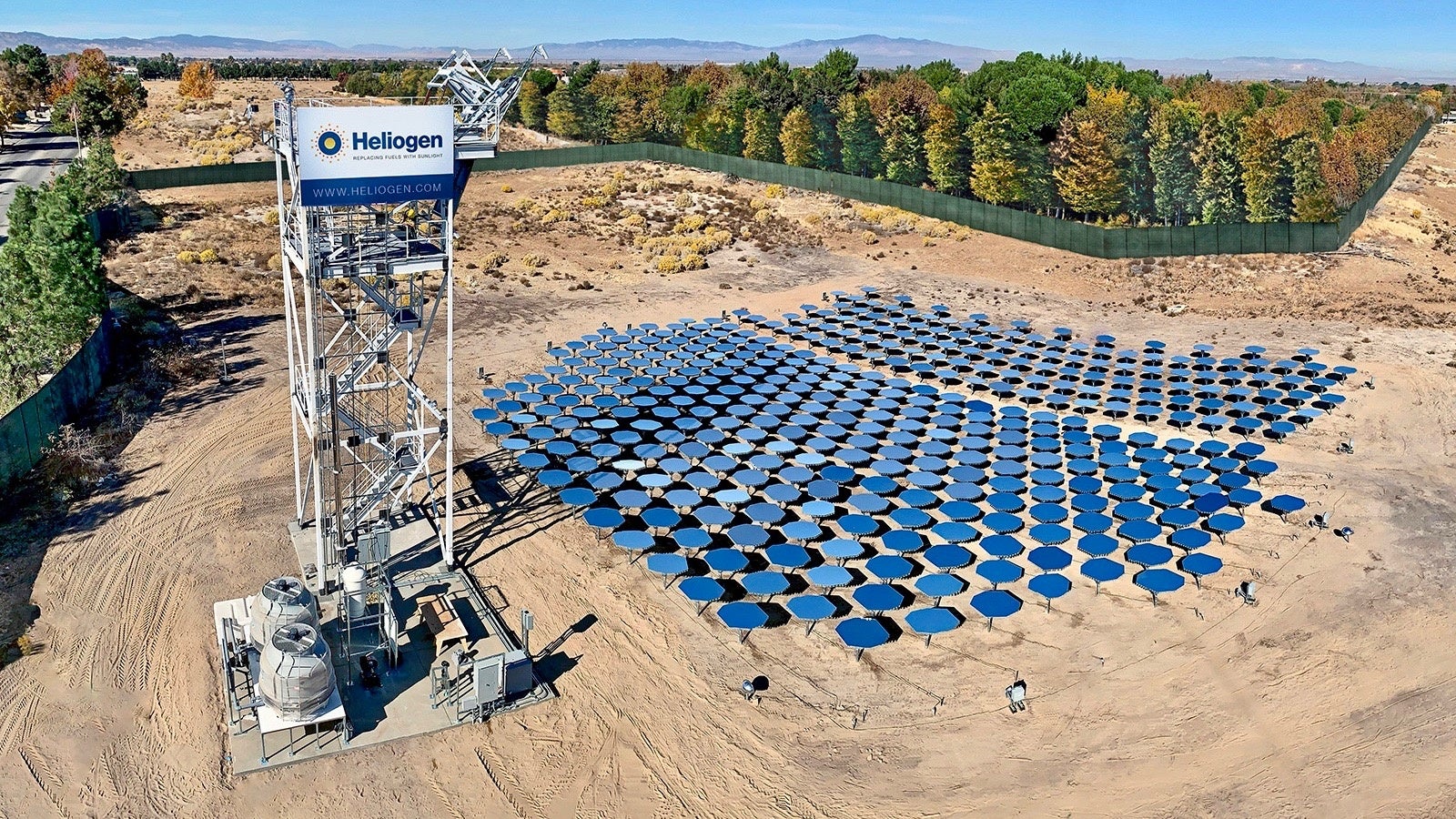 A startup backed by Bill Gates unveiled a breakthrough solar technology Tuesday that could free heavy industry from fossil fuels.

Heliogen, as the company is called, made itself known to the public with the announcement that it had developed a way to use artificial intelligence and mirrors to reflect enough sunlight to reach temperatures of more than 1,000 degrees Celsius, CNN Business reported. That’s the temperature needed to make cement, glass and steel.

“We are rolling out technology that can beat the price of fossil fuels and also not make the CO2 emissions,” Heliogen founder and CEO Bill Gross told CNN Business. “And that’s really the holy grail.”

The sort of heavy industry processes that Heliogen’s invention could heat account for around 20 percent of global greenhouse gas emissions, David Roberts explained in Vox. And, until now, there have not been many promising low-carbon solutions.

We’re developing the technology to transform sunlight into fuels. See how we’re doing it: https://t.co/91PLbKEwl3 pic.twitter.com/vUxNrWCxrh

“Bill and the team have truly now harnessed the sun,” backer, company board member and Los Angeles Times owner Patrick Soon-Shiong told CNN Business. “The potential to humankind is enormous. … The potential to business is unfathomable.”

The new technology is a form of concentrating solar power (CSP), Roberts explained, when hundreds of mirrors are aligned in a field to direct sunlight at a steam turbine in a tower. The heat turns liquid to steam and powers the turbine, but the technology lost out to photovoltaic panels in the race for low-cost solar energy. But Heliogen’s innovation could bring it back by relying on software to align the mirrors.

“What Gross and his team of scientists and engineers at Heliogen have developed, in a nutshell, is a way to use even more computing power to keep the mirrors even more precisely aligned, thus generating even more heat,” Roberts wrote.

While traditional CSP generates heat of up to around 560 degrees Celsius, Heliogen’s invention nearly doubles that. And the company thinks it can even reach 1,500 degrees Celsius.

That would be hot enough to split hydrogen atoms from water to create a fossil-fuel free gas, The Guardian explained.

Gross said the technology could therefore green both industry and transport, sectors which make up 75 percent of greenhouse gas emissions.

However, even heat of a little more than 1,000 degrees is a big deal. Cement is the world’s third largest source of greenhouse gas emissions, after oil and coal, and its production threatens the Paris agreement goal of limiting global temperature rise to 1.5 degrees Celsius above pre-industrial levels.

“Today, industrial processes like those used to make cement, steel, and other materials are responsible for more than a fifth of all emissions,” Gates said of the innovation he had backed, according to The Guardian. “These materials are everywhere in our lives but we don’t have any proven breakthroughs that will give us affordable, zero-carbon versions of them. If we’re going to get to zero carbon emissions overall, we have a lot of inventing to do.”