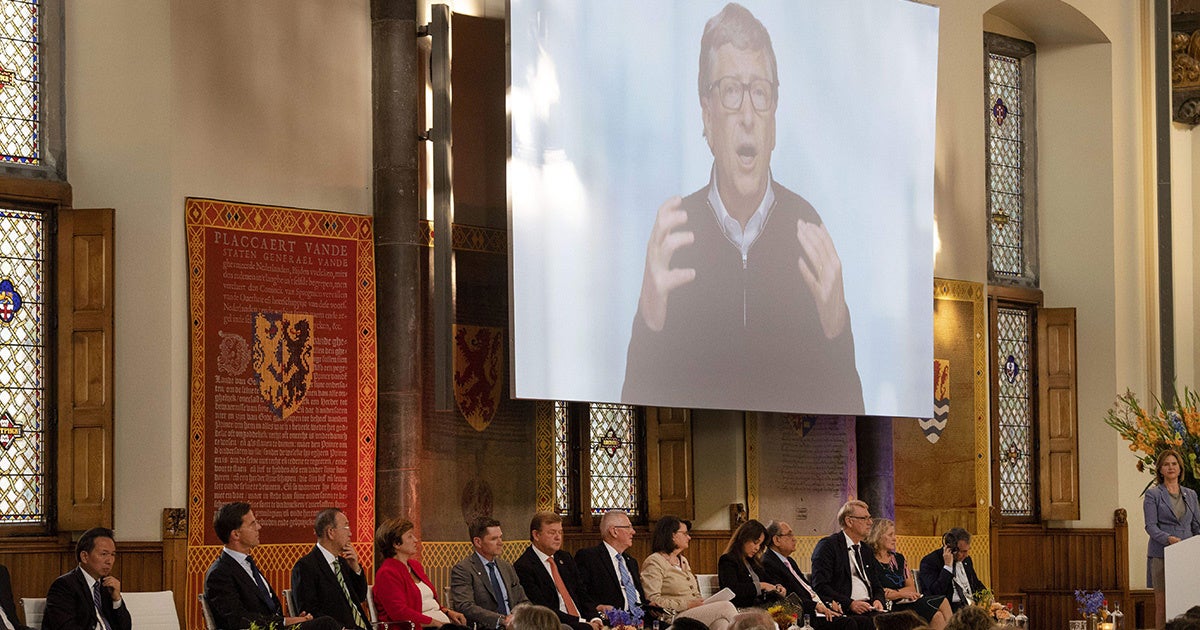 As a summer of wildfires, heat waves and flooding made clear, climate change isn’t just something to race to prevent in the future. It’s also something that’s happening right now.

But key players haven’t exactly come to terms with that. In 2015 to 2016, $380 billion dollars were spent reducing carbon dioxide emissions and only $20 billion on increasing protections from extreme weather events, The Guardian reported.

“We are at a moment of high risk and great promise. We need policies to help vulnerable populations adapt and we need to ensure that governments and other stakeholders are supporting innovation and helping deliver those breakthroughs to the people and places that need them most,” Gates said in the press release announcing the launch.

However, the existence of the commission doesn’t mean its leaders have given up on preventing additional climate change, but rather that they have accepted that it is already occurring on a wide scale.

“If everyone does their part, we can reduce carbon emissions, increase access to affordable energy and help farmers everywhere grow more productive crops,” Gates said.

Georgieva said in a briefing reported by National Geographic that the commission should not be interpreted as a surrender to the dangerous climate change predicted by the most recent Intergovernmental Panel on Climate Change report if world leaders don’t rapidly reduce emissions.

“For quite a while there has been that sense that if we adapt, that means we are accepting defeat against climate change,” she said. “It is not defeat, it is reality.”

The commission has 28 commissioners including its big-name leaders and represents 17 countries, among them big emitters like the UK, Canada, China and India and particularly vulnerable countries like Bangladesh and the Marshall Islands.

During the first year, the commission will prepare a report on the necessity and possibilities of climate adaptations, to be presented at the 2019 UN Secretary General Climate Summit.

National Geographic pointed out some existing climate adaptations of the type the commission might research and promote. Farmers in flood-vulnerable Bangladesh, for example, are switching from raising chickens to raising ducks, which can swim. Scientists in the Philippines are replanting the mangroves, half wiped out by development, that act as a natural flood barrier.

In total the cost of adaptations could be $300 billion by 2030 and $500 billion by 2050, Ban told The Guardian. While that might sound steep, Ban thought it was possible.

“The money can be mobilized,” he said. “If there is political will, I think we can handle this matter.”

The commission outlined four “roadblocks” to widespread climate adaptation that it would work to resolve:

1. Decision makers and the wider public are not yet aware of all the opportunities to be gained from becoming more resilient and less vulnerable to climate impacts and natural hazards;

2. Governments and businesses fail to incorporate climate change risks into their social and economic development plans and investments;

3. Adaptation efforts fall short of those who need them most, the world’s poorest and most vulnerable people; and

4. Although adaptation is a global challenge, global leadership on the issue is scarce. In short, the world is falling short of the transformation required to adapt to a changing climate.

The commission is also an attempt to rebuild the political will around climate action that was damaged by the decision of U.S. President Donald Trump to withdraw from the Paris agreement.

“We were very much united until December 2015 in Paris,” Ban told the Guardian. “Now unfortunately the level of solidarity is being loosened, especially by the Trump administration. Even though it is just one country, it has caused big political damage.”

While the U.S. federal government is not involved with the commission, Miami Mayor Francis Suarez is a member.