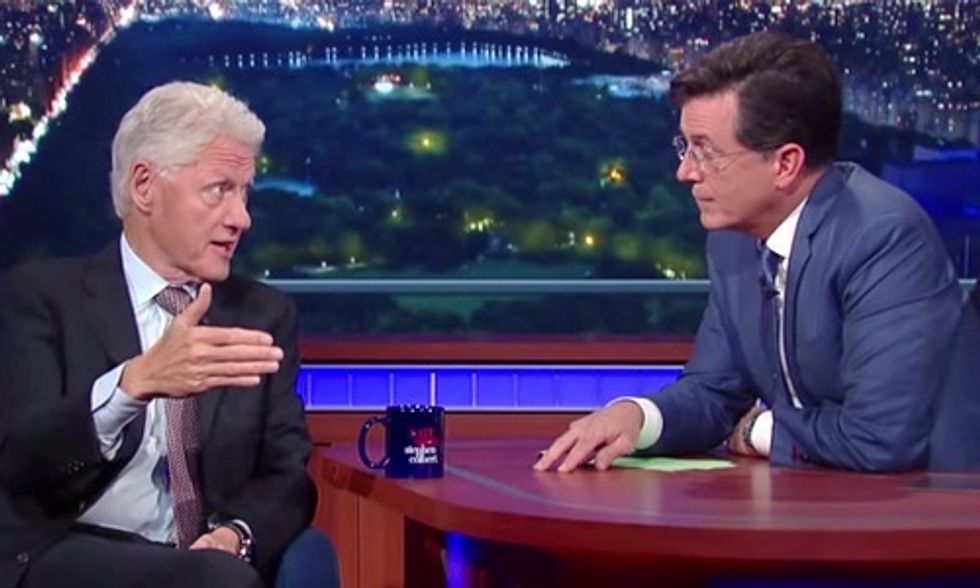 Bill Clinton appeared on the Late Show with Stephen Colbert last night. Colbert said to Clinton: "President Obama in the 2012 campaign called you the 'Secretary of Explaining Stuff.'" So, Colbert says, explain some things to me about the 2016 election. The first two are: why is Bernie Sanders doing so well and why is Donald Trump doing so well. And thirdly, Colbert asks, "There's a rumor out there—and feel free to dispel this—did you call Donald Trump and ask him to run?"

Clinton admitted he’s supporting the candidate he saw recently “singing on Saturday Night Live.” He's referring to his wife, Hillary, of course. Clinton joked, “Made me want to take a drink with her.”

Watch what "the great explainer" had to say: