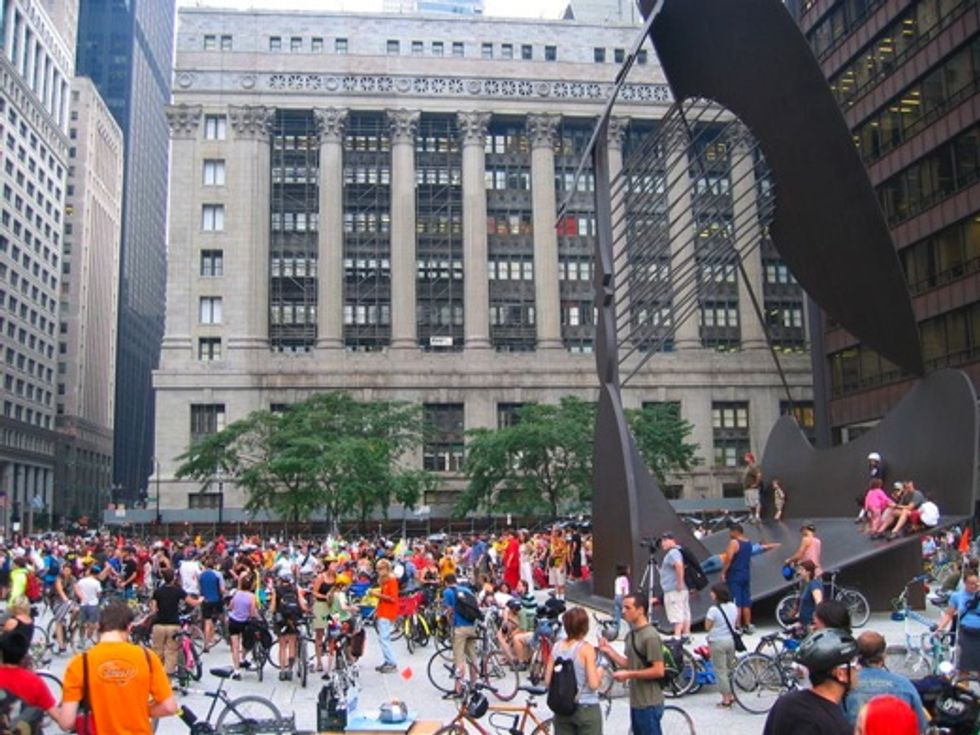 The initial fall in coal and oil use was triggered by the economic downturn, but now powerful new forces are reducing the use of both. For coal, the dominant force is the Beyond Coal campaign, an impressive national effort coordinated by the Sierra Club involving hundreds of local groups that oppose coal because of its effects on human health.

In the first phase, the campaign actively opposed the building of new coal-fired power plants. This hugely successful initiative, which led to a near de facto moratorium on new coal plants, was powered by Americans’ dislike of coal. An Opinion Research Corporation poll found only 3 percent preferred coal as their electricity source—which is no surprise. Coal plant emissions are a leading cause of respiratory illnesses (such as asthma in children) and mercury contamination. Coal burning causes 13,200 American deaths each year, a loss of life that exceeds U.S. combat losses in 10 years of war in Afghanistan and Iraq.

The campaign’s second phase is dedicated to closing existing coal plants. Of the U.S. total of 492 coal-fired power plants, 68 are already slated to close. With current and forthcoming U.S. Environmental Protection Agency air quality regulations on emissions of mercury, sulfur and ozone precursors requiring costly retrofits, many more of the older, dirtier plants will be closed.

In August, the American Economic Review—the country’s most prestigious economics journal—published an article that can only be described as an epitaph for the coal industry. The authors conclude that the economic damage caused by air pollutants from coal burning exceeds the value of the electricity produced by coal-fired power plants. Coal fails the cost-benefit analysis even before the costs of climate change are tallied.

In July 2011, New York Mayor Michael Bloomberg announced a grant of $50 million to the Beyond Coal campaign. It is one thing when Michael Brune, head of the Sierra Club, says that coal has to go, but quite another when Michael Bloomberg, one of the most successful businessmen of his generation, says so.

The move to close coal plants comes at a time when electricity use for lighting will be falling fast as old-fashioned incandescent light bulbs are phased out. In compliance with the Energy Independence and Security Act of 2007, by January 2012 there will be no 100-watt incandescent light bulbs on store shelves. By January 2014, the 75-watt, 60-watt and 40-watt incandescents will also disappear from shelves. As inefficient incandescents are replaced by compact fluorescents and LEDs, electricity use for lighting can drop by 80 percent. And much of the switch will occur within a few years.

The U.S. Department of Energy projects that residential electricity use per person will drop by 5 percent during this decade as light bulbs are replaced and as more-efficient refrigerators, water heaters, television sets and other household appliances come to market.

Even as coal plants are closing, the use of wind, solar and geothermally generated electricity is growing fast. Over the last four years, more than 400 wind farms—with a total generating capacity of 27,000 megawatts—have come online, enough to supply 8 million homes with electricity. (See data at www.earth-policy.org.) Nearly 300,000 megawatts of proposed wind projects are in the pipeline awaiting access to the grid.

Texas, long the leading oil-producing state, is now the leading generator of electricity from wind. When the transmission lines linking the rich wind resources of west Texas and the Texas panhandle to the large cities in central and eastern Texas are completed, wind electric generation in the state will jump dramatically.

In installed wind-generating capacity, Texas is followed by Iowa, California, Minnesota and Illinois. In the share of electricity generation in the state coming from wind, Iowa leads at 20 percent.

With electricity generated by solar panels, the U.S. has some 22,000 megawatts of utility-scale projects in the pipeline. And this does not include residential installations.

Closing coal plants also cuts oil use. With coal use falling, the near 40 percent of freight rail diesel fuel that is used to move coal from mines to power plants will also drop.

In fact, oil use has fallen fast in the U.S. over the last four years, thus reversing another long-term trend of rising consumption. The reasons for this include a shrinkage in the size of the national fleet, the rising fuel efficiency of new cars, and a reduction in the miles driven per vehicle.

Fleet size peaked at 250 million cars in 2008 just as the number of cars being scrapped eclipsed sales of new cars. Aside from economic conditions, car sales are down because many young people are much less automobile-oriented than their parents.

In addition, the fuel efficiency of new cars, already rising, will soon increase sharply. The most recent efficiency standards mandate that new cars sold in 2025 use only half as much fuel as those sold in 2010. Thus with each passing year, the U.S. car fleet becomes more fuel-efficient, using less gasoline.

Furthermore, when people retire and no longer commute, miles driven drop by a third to a half. With so many baby boomers now retiring, this too will lower gasoline use.

As plug-in hybrid and all-electric cars come to market, electricity will replace gasoline. An analysis by Professor Michael McElroy of Harvard indicates that running a car on wind-generated electricity could cost the equivalent of 80-cent-a-gallon gasoline.

We are now looking at a situation where the 7 percent decline in carbon emissions since the 2007 peak could expand to 20 percent by 2020, and possibly even to 30 percent. If so, the U.S. could become a world leader in cutting carbon emissions and stabilizing climate.

Lester R. Brown is president of the Earth Policy Institute and author of World on the Edge.