As of Wednesday, customers of the New Mexico utility Southwestern Public Service Company (SPS) will no longer have to worry about having to pay higher fees for producing their own solar energy. Most solar customers will even see reductions in their total surcharge fees. Earthjustice and Vote Solar, in partnership with New Mexico attorney Jason Marks, fought SPS’s proposal to increase a special charge on customers who produce renewable energy at their own homes, schools, farms and other locations. 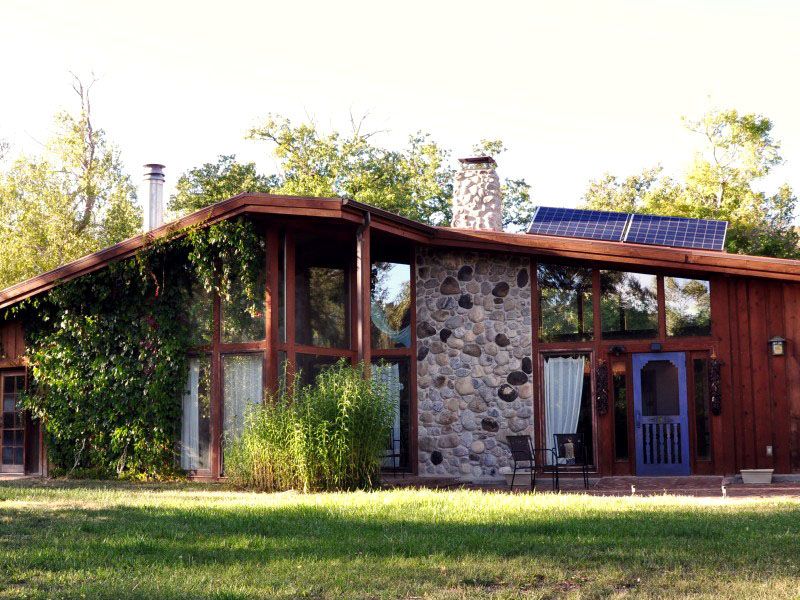 A house in New Mexico with solar panels.Mary Madigan

Under a settlement agreement approved by the New Mexico Public Regulation Commission, SPS’s solar surcharge (technically known as “Rate No. 59, Distributed Generation Standby Service Rider”) will not increase and will drop for many. SPS first imposed this special charge in 2011. In October 2015, SPS proposed increasing the current charge by 31 percent for residential customers and up to 48 percent for other groups of customers.

The settlement maintains the current rate charged for producing renewable energy on a home, small business, municipal building or school. For agricultural irrigation customers with renewable energy systems, the surcharge will drop by 20 percent. In addition, the surcharge will no longer apply to a customer’s “excess” energy, which is a customer’s energy production that exceeds the customer’s energy consumption that month. Previously, SPS imposed a charge on every kilowatt hour of renewable energy that customers produced. The result is that charges on clean, local energy will either stay the same or go down, assuming a customer’s behavior does not change. 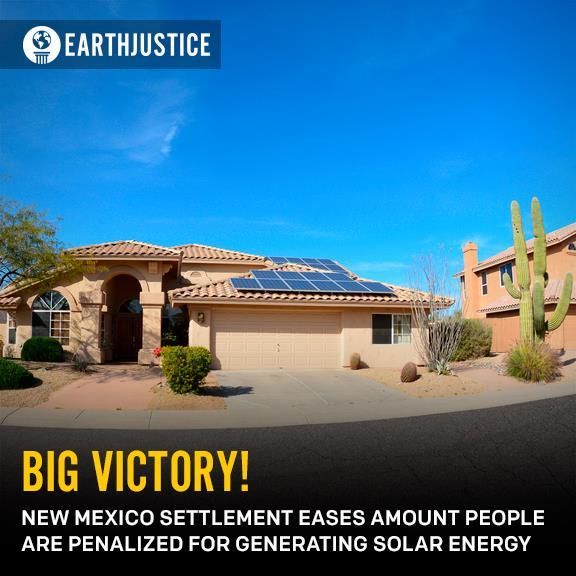 Utilities around the country have tried to restrict the growth of rooftop solar by implementing unreasonable and discriminatory fees, surcharges and other rate changes. In the SPS case, the utility sought a large and unsupported rate hike that would have threatened the sustainable growth of distributed solar and other clean energy resources in Southeastern New Mexico. In 2015, New Mexico’s two other investor-owned utilities also sought to impose new fees for customers with rooftop solar systems. Earthjustice, Vote Solar and other advocates successfully intervened in both proceedings, resulting in one withdrawn and one defeated in the commission’s legal proceedings.

The commission’s decisions this week and last year will allow rooftop solar to continue to play a critical role in curbing fossil-fuel addiction and building a clean energy economy. The vast majority of electricity generated in New Mexico comes from burning fossil fuels, causing significant harm to human health and the environment.

“New Mexico is a sunny state that has the potential to be a solar energy leader” Earthjustice attorney Sara Gersen said. “I’m glad that we were able to stop charges from going up on clean, local energy. We want everyone to have a real opportunity to go solar. We can’t let utility fees put clean energy out of reach.”

“We applaud the commission for today’s decision, which will prevent SPS from further penalizing solar customers for generating their own electricity, an investment that lowers energy costs, supports local jobs and improves health for families statewide,” Vote Solar program director Rick Gilliam said. “This should send a clear signal to utilities around the country that are attempting to impose similar discriminatory fees that this tactic to curtail rooftop solar is as unconstructive as it is unfair.”