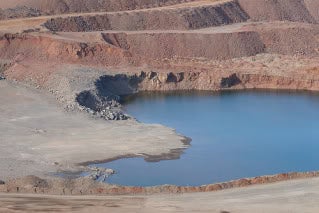 In a move that could have massive implications for the proposed iron mine in northern Wisconsin, the U.S. Environmental Protection Agency (EPA) recently approved the Bad River Band of Lake Superior Chippewa Indian Tribe’s request to regulate water quality in tribal waters.

These regulations allow the Bad River Tribe to impose limits on water uses upstream from their land—including the headwaters of the Bad River, where Gogebic Taconite, a subsidiary of the West Virginia-based Cline Group mining corporation, proposes to build a massive open pit iron mine.

The new standards will ensure that water remains clean and plentiful enough to protect native wild rice crops in the Bad River Watershed and regulate sulfide content which can leech into water from waste rock, according to an article in the Milwaukee Journal Sentinel. Members of the Bad River Tribal Council traveled to Madison last month to meet with Gov. Scott Walker and express their opposition to the proposed mine, and to outline ten principles that any new mining legislation should include.

“This is where we live,” said one Tribal Council member during a press conference. “We can’t just pack up and move. Our land is our culture, our history which runs deep. We came here today to protect it.”

While the Bad River Tribe will have the authority to set the standards, the standards cannot be more restrictive than the Clean Water Act, and will be enforced by the EPA, not the Tribe.