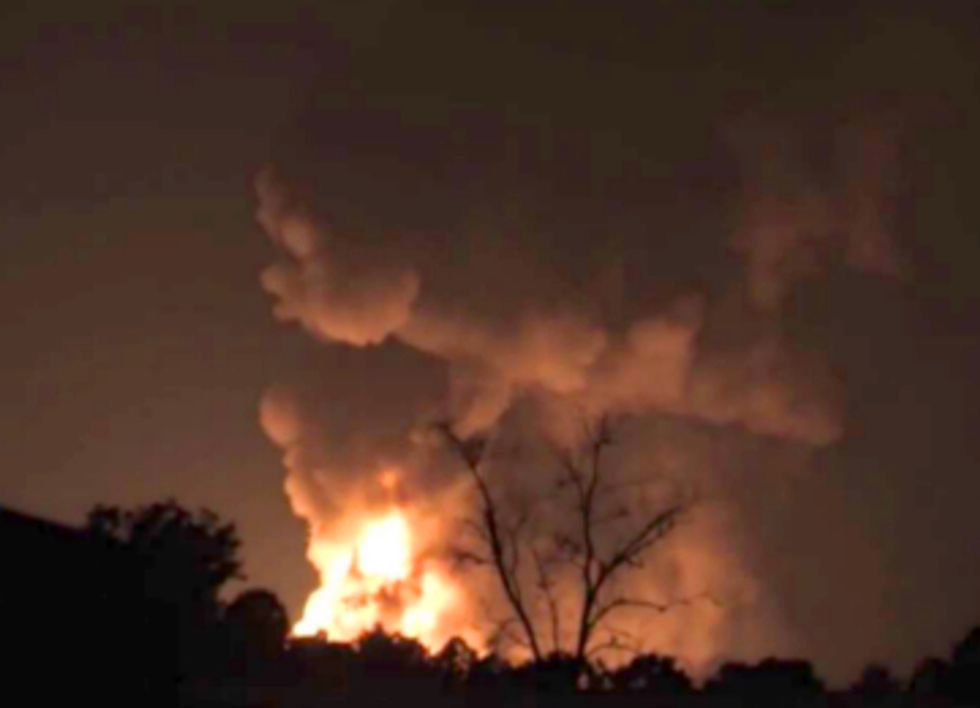 On July 29, an explosion at a gas plant in Tavares, FL, injured eight people, leaving five of them in critical condition. Three months prior to that, a fertilizer plant explosion in Texas killed 14 people and left numerous people injured and homeless. And three years before that, an oil rig operated by BP, Transocean and Halliburton exploded in the Gulf of Mexico killing 11 people and destroying an entire ecosystem.

Countless other explosions, oil leaks, gas leaks and other industrial “accidents” occurred all over the country in between these three major events, and every one of them has something in common: they were all allowed to happen thanks to a lack of sufficient safety regulations. And the lack of oversight was the work of politicians who are on the dole of industries that consistently put the health of their profits over the safety of their workers and the public.

“When you follow the money on stories like these, you’ll almost always find out that industry money was enough to convince corrupt politicians that people are expendable and safety isn’t as important as the next election cycle," said Mike Papantonio, a senior partner with the Florida law firm of Levin, Papantonio. "This is becoming the norm in our post-Citizens’ United political arena.”

In Florida, the site of the most recent explosion, the energy industry is the top campaign donor for political races, lobbying and other political expenditures. And what do they get in return for the millions they give politicians in the Sunshine State? Tea Party Gov. Scott (R-FL) and Republicans in Washington gave them the gift of a budget cut—a cut that dangerously lowered the budget of government agencies that oversee public and workplace safety. The result is fewer regulators, fewer inspections and more injuries.

This is the exact same scenario that played itself out in the West, TX, fertilizer plant explosion. Analyses by writers like David Sirota tell us that the industry’s fingerprints are all over the deregulation and lack of safety inspections that could have easily prevented the deadly explosion. But, in true Republican fashion, industry money won the day, and the workers at that Texas fertilizer plant were the ones who paid the ultimate price for corporate greed and political corruption.

And the story repeats itself again in the BP Deepwater Horizon disaster, where the industry had such a cozy relationship with the government and regulators that the company was actually allowed to fill out their own safety inspection reports.

When it comes to buying political influence, no other industry is more powerful than the dirty energy industry. They consistently spend more on lobbying and campaign donations than any other industry, and as a result, they are able to write their own rules, consumers be damned.