Big Oil Gets a Much Needed Reality Check 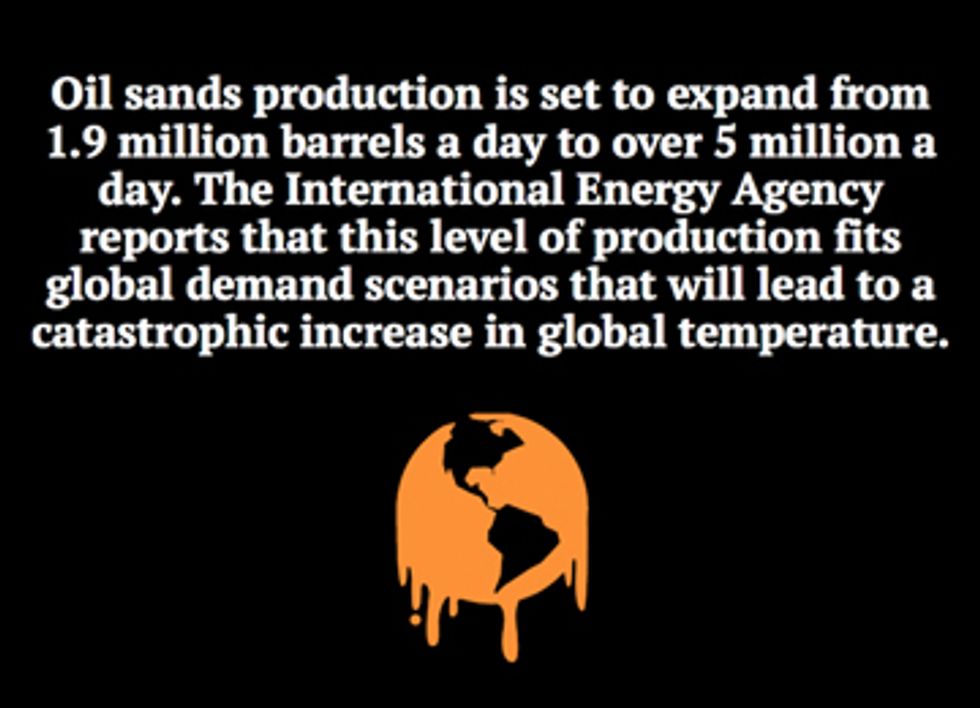 Launching today in Canada, Europe and the U.S., TarSandsRealityCheck.com presents up to date, accurate facts about Alberta’s tar sands to counter the high-level pro-oil sands lobbying ongoing in Canada, the U.S. and Europe around the Keystone XL tar sands pipeline, and Europe on the Fuel Quality Directive.

The digital campaign launches the same day Canadian Prime Minister Harper is expected in New York to address the Council of Foreign Relations and promote the tar sands and the Keystone XL pipeline. It also comes just days after the Canadian government launched a new website as part of its massive pro-tar sands PR campaign.

For the first time, world renowned economists, scientists and academics, including Dr. Thomas Homer-Dixon from the University of Waterloo and Dr. Danny Harvey from the University of Toronto, have come together to present peer-reviewed, easy to understand facts about the tar sands that counter misinformation spread by the oil industry’s glossy PR machine.

“With so much misinformation floating around, much of it intentionally misleading, it’s time for a tar sands reality check,” said Dr. Thomas Homer-Dixon. “Every Canadian should read these facts and know the truth about the industry’s impacts.”

An initiative of Canadian, European and U.S. organizations, TarSandsRealityCheck.com presents proven facts about the tar sands impacts on our climate, economy, human rights, land and species, air and water.

These facts reflect the best available scientific data, drawing on government, industry and academic sources. As further factual content is provided and validated through the scientific advisory board, it will be added to the site.

“The Canadian and Albertan governments, along with industry, are inundating Europe with their pro-tar sands lobby campaign,” said Laura Buffet of Transport and Environment in Europe. “This website gives us a one stop shop for accurate and peer-reviewed data that we can point to decision makers who are overwhelmed by the industry spin.”

Just this week it was revealed that the Canadian government has reserved $16.5 million to sway public opinion on Alberta’s tar sands.

“No glossy brochures or green-washed billboards can change the fact that the pollution in the tar sands continues to soar,” said Hannah McKinnon of Environmental Defence Canada. “It is time for a reality check. The oil industry needs to invest in reducing carbon emissions instead of more empty PR spin.”

TarSandsRealityCheck.com was designed for the public, media, politicians and the environmental community. The website’s sleek visual format allows facts to be shared easily across social networks.