A New Golden Age for Big Oil or a Golden Goodbye? 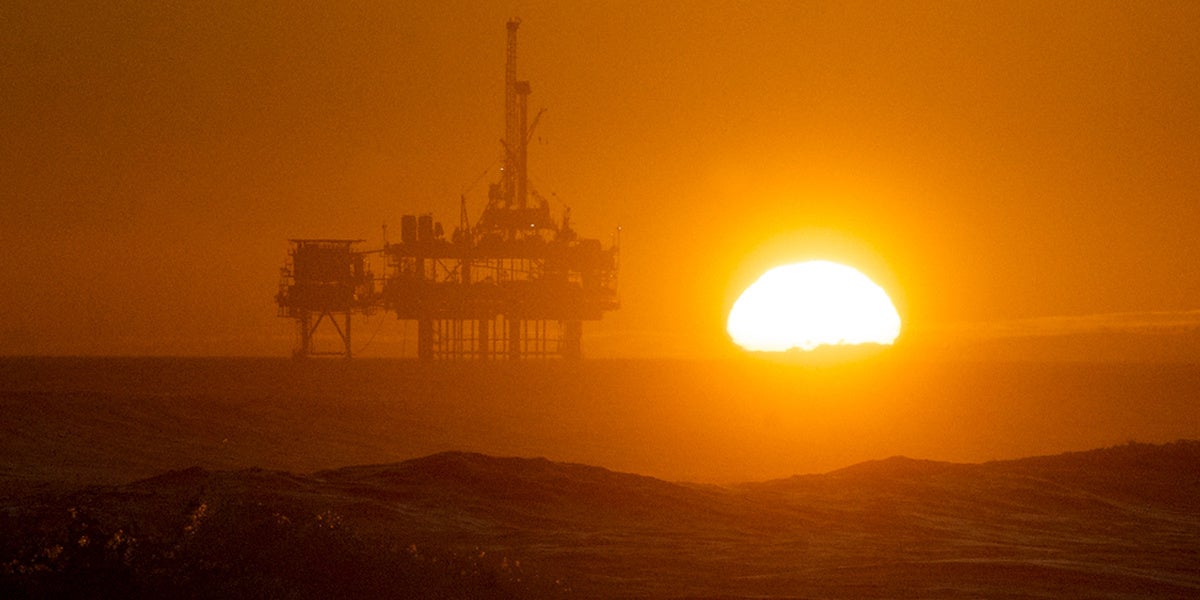 Goldman Sachs, the investment bank at the heart of the global economy still doesn’t get it.

The bank, once famously described as “a great vampire squid wrapped around the face of humanity,” has a blinkered and fundamentally flawed vision when it comes to the future of the oil industry.

Monday, Bloomberg reported that the hugely influential investment bank had issued a report on the “Seven Sisters,” the world’s largest oil companies and the bank argues that having “survived a life-changing crisis,” the companies are “now poised to reap the rewards.”

Having shed costs as prices plummeted, Big Oil is now “in a sweet spot with rising oil prices and low operating costs, leaving them with the biggest cash-flow growth in two decades and boosting earnings,” according to Goldman’s report.

Goldman’s Michele Della Vigna told Bloomberg: “We see this as the start of a new golden age for Big Oil’s reborn Seven Sisters,” with a “favorable environment for returns in the commodity.”

This analysis is dangerously defective in that it seems to envisage a world where Big Oil can carry on drilling unimpeded for decades. But the bank has forgotten about climate change, stranded assets, shareholder actions and the growing number of lawsuits against Big Oil for their role in climate change, widely seen as the #Exxonknew scandal. Indeed, recently Arnold Schwarzenegger said he was planning on suing the companies for “murder.”

Schwarzenegger to Sue Big Oil for 'Murder' by @Andy_Rowell of @EcoWatch: https://t.co/5ZSwRmm9YA

Furthermore, the website Business Green reported last week about another report, produced jointly by the environmental think tank E3G and the Oxford Sustainable Finance Programme. The top line says it all: “New research released today suggests the only commercially viable future for oil majors in a carbon constrained world is a gradual winding down of their operations or a quick sell off of assets.”

The report had simulated a scenario under which the Seven Sisters had to shift their business models in line with what was agreed in Paris—a 2 C warming—which could put a whopping $2.3 trillion of oil and gas industry projects at risk as they are “incompatible” with a 2 C world.

As Business Green reported “It found that oil firms’ best chance of commercial survival is to rapidly diversify from fossil fuels into alternative technologies such as renewable energy, and gradually retire upstream fossil fuel assets.”

This is far from a new dawn as you can get. “Out of five possible strategies, only ‘managed decline’ and ‘first one out’ are commercially viable options for International Oil Corporations,” said Business Green.

Indeed, Monday one of the Seven Sisters, Royal Dutch Shell, produced its annual “Sky scenario” report which outlined how we might collectively achieve the Paris agreement emission targets.

“Introducing Sky—an ambitious scenario to hold the increase in the global average temperature to well below 2 C. This requires a complex combination of mutually reinforcing drivers being rapidly accelerated by society, markets and governments,” said Shell.

Shell outlines, amongst others, “a change in consumer mindset means that people preferentially choose low-carbon, high-efficiency options to meet their energy service needs,” a “step-change in the efficiency of energy use,” plus carbon pricing, a massive increase in renewables, and unprecedented expansion of Carbon, Capture and Storage and vast reforestation.

No doubt others will pick apart Shell’s plans for being unrealistic and flawed, especially around its own continuing investment in fossil fuels and issues such as carbon pricing and Carbon, Capture and Storage, but the main point is that the company’s own analysts believe that the days of Big Oil are numbered.

And pressure is building day by day for the companies to divest: Monday, the Financial Times reported that shareholders are “preparing a renewed push” for Shell to “adopt more ambitious goals for tackling climate change.” The company is expected to face a shareholder resolution at its AGM calling for a “radical shift” away from fossil fuels.

Mark Van Baal of Follow This, who is leading the shareholder action, told the Financial Times: “More and more institutional investors want companies they invest in to commit to Paris. Because they foresee that they cannot make a decent return on their capital in a world economy disrupted by devastated climate change.”

Maybe someone should tell the Goldman Sachs vampire squid that too, before they advise too many investors about this wonderful new golden era for Big Oil. Because that era is now history.