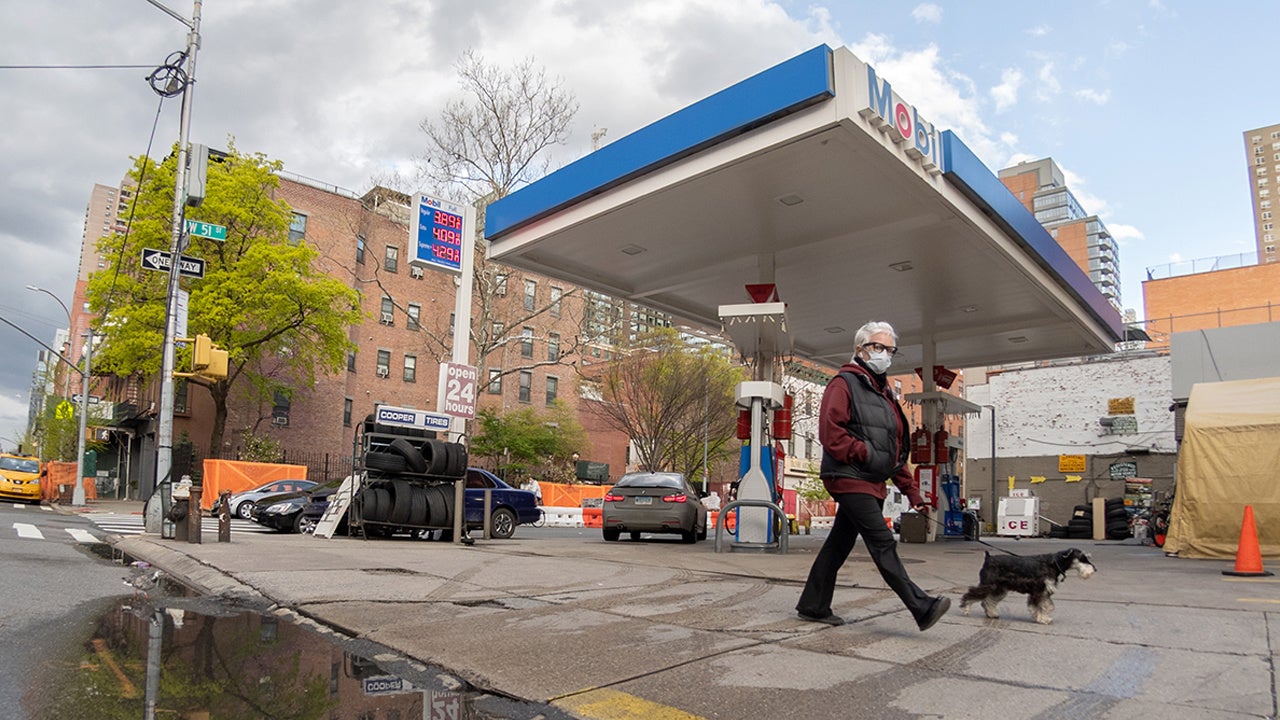 A woman wearing a protective mask walks her dog past a gas station amid the coronavirus pandemic on April 21 in New York City, Alexi Rosenfeld / Getty Images

Sen. Bernie Sanders was among critics outraged that the fossil fuel industry is using tax breaks in the CARES Act meant to help businesses keep workers employed to avoid paying millions of dollars in taxes — and then delivering that money to executives.

Coronavirus has killed more than 85,000 people. Some 36 million workers have lost their jobs. Good thing President Trump is looking out for the real victims of the coronavirus: fossil fuel executives. https://t.co/4sj6gT53f9

Reporting Friday from Bloomberg News showed that “.9 billion in CARES Act tax benefits are being claimed by at least 37 oil companies, service firms, and contractors” — what watchdog group Documented senior researcher Jesse Coleman described as a “stealth bailout” of the climate-killing industry.

“In the name of ‘small business,’ we’re shoveling out billions of dollars to big corporations and rich guys,” Steve Rosenthal, a senior fellow with the Urban-Brookings Tax Policy Center, told Bloomberg.

Bloomberg used the example of how Diamond Offshore Drilling Inc. manipulated the bailout to explain the tax scheme:

As it headed toward bankruptcy, Diamond Offshore Drilling Inc. took advantage of a little-noticed provision in the stimulus bill Congress passed in March to get a .7 million tax refund. Then, it asked a bankruptcy judge to authorize the same amount as bonuses to nine executives.

According to Bloomberg’s reporting, Diamond’s refund pales in comparison to some of its larger competitors, “including million for Denver-based Antero Midstream Corp., .2 million for supplier Oil States International Inc. and million for Oklahoma-based producer Devon Energy Corp.”

The fossil fuel industry was already in financial trouble before the outbreak, which has effectively crippled Big Oil’s ability to make money — even with the generous subsidies given by the federal government. Access to bailout tax break funding is helping fossil fuel companies prosper, along with other climate-destroying industries like mining companies, which have also reaped millions from coronavirus relief legislation.