Big Oil, Big Gas, Big Coal—Buying Their Happiness at the Expense of the People 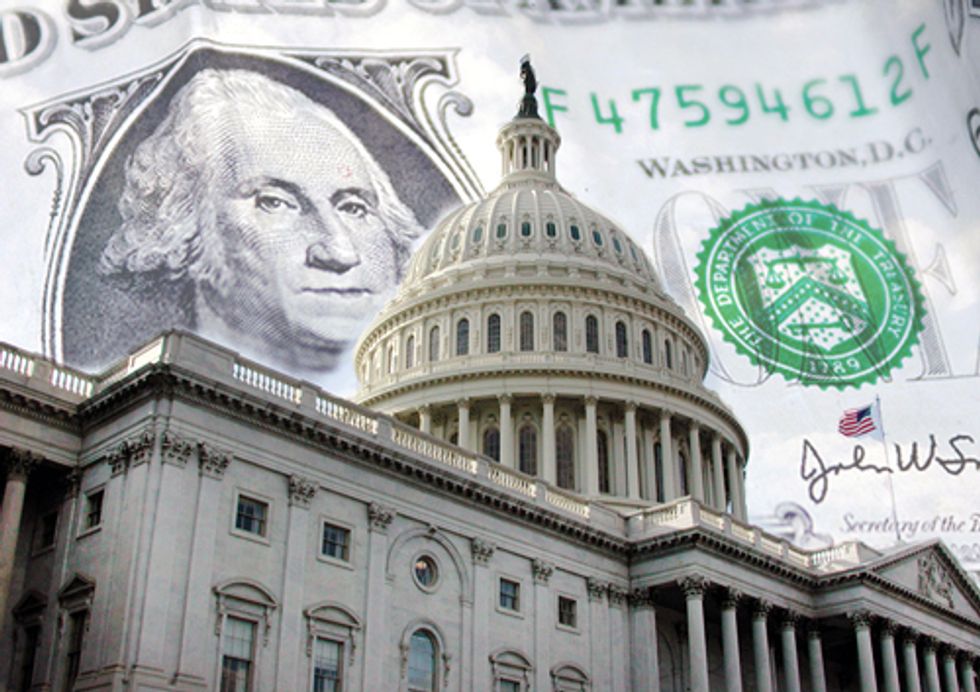 Polluters this election year are doing the equivalent of betting it all. They’re spending unprecedented amounts of cash to influence the election in the hopes of electing policy makers who will gut clean air and clean water protections. The latest, is Chevron, a relatively small player, that’s just thrown $2.5 million behind a political action committee to elect House Republicans.

This is par for the course. So far this election season, fossil fuel groups have spent more than $153 million—to  get pro-fossil fuel policies in place. In 2011, 90 percent of campaign contributions went to the GOP, and 10 percent to Democrats. The biggest spenders were Shell ($25.7 million), Exxon ($25.4 million) and ConocoPhillips ($22.9 million). The five companies’ oil PACs have donated more than $2.16 million this election cycle. Koch Industries also spends big money to pressure Congress, with $16.2 million on lobbying and more than $1.3 million from its PAC (the top oil and gas spender).

The undue influence was the subject of a recent National Wildlife Federation (NWF) Campus Ecology report that concludes polluters are determined to get their anti-conservation agenda passed into law, and roll back critical regulatory protections.

Not only is this money fueling political campaigns, it is behind many of the shadowy attack ads and television spots that rail against environmental protections, undermine clean energy and promote more coal, gas and oil, ads sponsored by entities with innocuous-sounding names like Patriotic Americans for Clean Energy.

The deluge is unprecedented according to a Sept. 14 New York Times’ analysis of 138 ads.

The American Petroleum Institute, the oil industry’s trade group (no, not an “institute”), is the biggest dirty energy spender at $37 million so far with its “I’m an energy voter” ads, complaining about efforts this year (that NWF supports) to repeal wasteful oil industry subsidies.

The True Cost of Dirty Energy

The oil, gas and coal industries are among the most profitable of all businesses. They are peddling fuels that spew carbon pollution that has created a virtual blanket around the planet causing global warming and leading to more severe weather more often, protracted heat waves and drought, more intense hurricanes and floods, sea level rise, crop failures, water shortages and massive wildfires.

The student-aimed NWF guide unmasks the multiple ways that oil, gas and coal companies worm their way into molding public decision-making to pad their pockets. It pinpoints how dirty energy—coal, gas and oil—companies bankroll the campaigns of incumbent Congressional leaders and other candidates by financing political action committees (PACs), super PACs, so-called nonprofit “social welfare groups” and other entities, some without public disclosure. Since 1999, the oil, gas and coal companies have greased the campaigns of members of Congress to the tune of almost $1 billion dollars.

NWF also fingers 501(c)(4) tax-exempt organizations that may be more powerful than super PACs because they can accept unlimited amounts of money and hide their donors. These groups can escape the disclosure requirements that apply to candidates, parties and PACs. These shadow groups have outspent super PACs by a three-to-one margin.

This onslaught of dirty energy money has results. NWF points to 109 votes in the House of Representatives since the start of 2011 for policies that enrich the oil and gas industry, including 45 votes to weaken environmental, public health, and safety requirements applicable to oil companies; 38 votes to block or slow deployment of clean energy alternatives and 12 votes to short-circuit environmental review of the dangerous Keystone XL tar sands pipeline.

Money can’t buy you happiness, the old saying goes, but in this year, Big Oil, Big Gas and Big Coal are buying their happiness at the expense of the people, by outspending, outgunning the rest of us. It’s high stakes for them, but ultimately the stakes are even higher for us, the people who will be stuck breathing dirty air and drinking dirty water if they continue to call the shots.