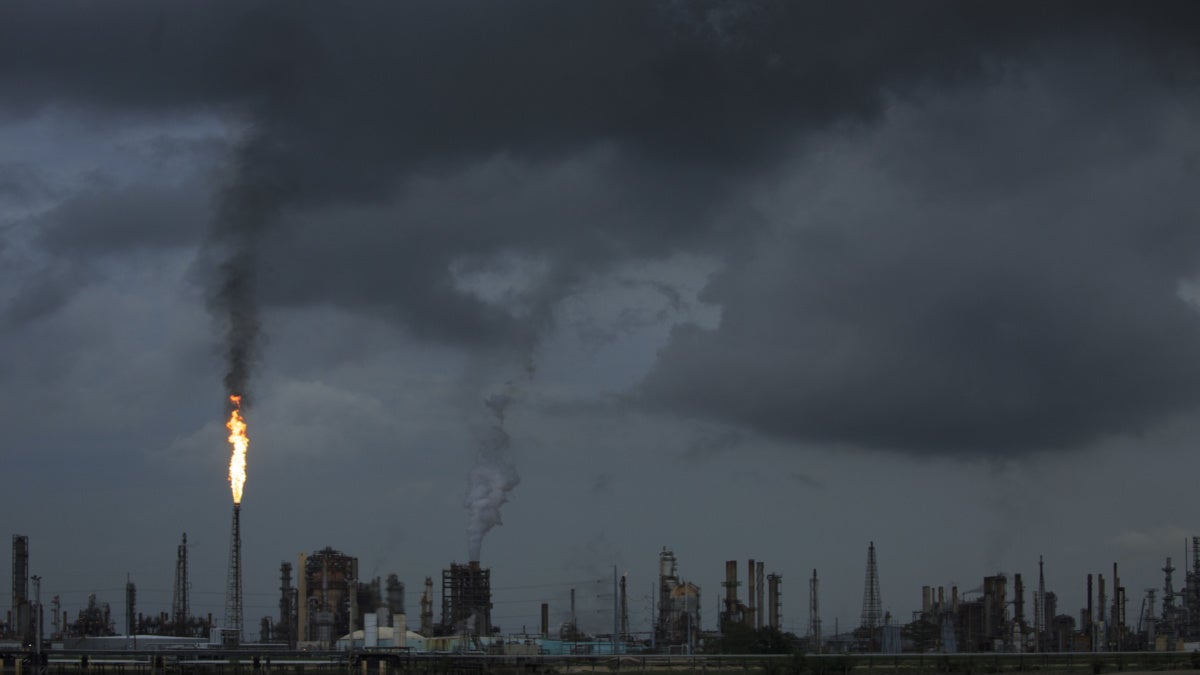 As calls for a People’s Bailout in response to the coronavirus pandemic continue to grow across the United States, a new analysis warns that the country’s Big Oil companies “stand to reap yet another billion dollar bailout” thanks to the Federal Reserve’s plans to buy up to $750 billion in corporate debt.

The analysis (pdf), released Wednesday by the advocacy group Friends of the Earth (FOE), explains that this expected bailout for polluters relates to a controversial $500 billion corporate slush fund included in the Coronavirus Aid, Relief, and Economic Security (CARES) Act that Congress passed in March.

According to FOE’s report, The Big Oil Money Pit:

Of that amount, Treasury Secretary Steven Mnuchin enjoys direct control over a comparatively small billion reserved for aviation and industries deemed essential to “national security.” But the remaining 4 billion went to the Federal Reserve, which will use the money to implement emergency lending programs for corporations and municipalities. Secretary Mnuchin must approve these lending programs and wields considerable power over their design, but the money itself will move through the Fed.
After weeks of unprecedented human suffering and an ongoing failure to support frontline workers, the Fed announced on April 9, 2020 how it would spend the first 5 billion of the slush fund. A full billion would go to buy corporate debt. But because the Fed can leverage money appropriated by Congress, the real size of this program is 0 billion. Considering that a majority of the money from the first stimulus [is] still unspent, there is plenty of room for this program to grow.

FOE found that the fossil fuel giants ExxonMobil, Chevron, and Conoco “are together eligible for a maximum .4 billion in benefits, based on their credit ratings and outstanding long-term debt.”

NEW ANALYSIS: Trump’s admin just announced a $750 billion corporate slush fund — money that will enrich oil execs who don’t need it, while those on the frontlines of coronavirus continue to struggle.#PeopleNotPollutershttps://t.co/0Cf3pPsT6u

Other key takeaways from the report include:

“Congress and the Democrats must stop this endless stream of handouts to an industry that is exploiting a public health crisis for financial gain,” Ross declared. “These potential payoffs to major campaign contributors are the least efficient way of re-starting the economy and will just serve to enrich oil executives.”

“Oil companies are trying to punt the financial reckoning of their fracking debacle and Congress should not enable their addiction with public tax dollars,” he added. “Instead of pumping money into an irresponsible industry that plays shell games with its debt, Congress should focus on providing direct support to workers and communities on the frontlines of coronavirus.”

As the Trump administration has tried to spend billions of taxpayers dollars to “fill up” the country’s Strategic Petroleum Reserve (SPR) and major banks are reportedly preparing to take over fossil fuel assets with CARES Act funding, climate action advocates have charged that “we need a people’s bailout, not a polluters’ bailout!”

Hundreds of community leaders, lawmakers, and groups—including FOE—have joined the demand for Congress to pursue a people’s bailout guided by five key principles:

The response to one existential crisis must not fuel another. Let's not perpetuate the status quo of fossil fuel profiteering, but invest in a #cleanenergy economy that reverses inequality, offers good paying jobs, & tackles climate change. #PeoplesBailout https://t.co/bj8gvnWHU1 pic.twitter.com/ea7dcNNLaD

The new FOE report includes some specific calls to action directed at Congress:

“Much more work needs to be done, both to support workers and families in the face of COVID-19 and to prevent a runaway bailout of the fossil fuel industry,” the report says. “Congress cannot afford to wait.”