Big Food Freaking Out About 'Fed Up' 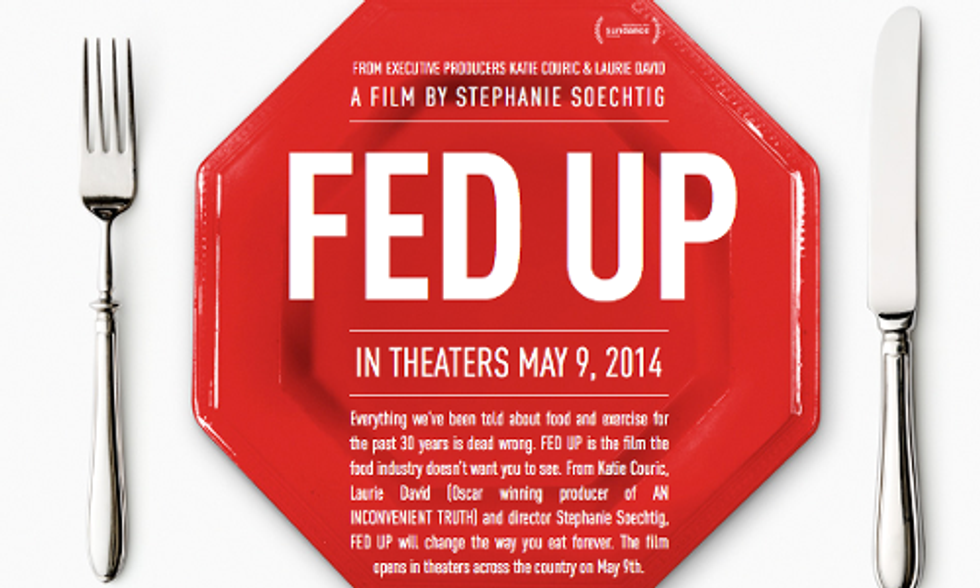 If you search for "Fed Up movie" on Google, the first link you see is not the film’s website, but rather a page from the Grocery Manufacturers Association (GMA) called "Fed Up Facts." It’s a silly and desperate attempt by Big Food to respond to the star-power that has Katie Couric appearing all over the mainstream media spreading a message that the food industry doesn’t want you to hear. (GMA denies that “the food industry purposely advertises unhealthy foods to children.” It must happen by accident.)

The film really pulls no punches aiming to dispel the junk food industry’s strongest talking points: it’s all a matter of personal responsibility; we can just exercise our way to health; and we don’t need government regulation. Even Let’s Move is criticized for placing too much emphasis on physical activity and industry partnerships. But as I told the filmmakers, the first lady is in the wrong wing of the White House. (That quote didn’t make the final cut, alas. See this review saying the film lacks policy solutions, which I mostly agree with.)

Two more things I would have done differently: Less emphasis on the children’s personal stories, and a broader critique of food industry marketing practices instead of the strong messaging about sugar. When we focus too much on any single ingredient in the food supply, that plays right into the hands of industry, as manufacturers can simply find a replacement. (Although it is amusing to see the candy lobby squirm.) The film is promoting a challenge to give up sugar for 10 days. I would suggest an “eat real food” challenge instead. Or better yet, let’s challenge the junk food industry to stop marketing to children for 10 days. Imagine the peace and quiet parents would enjoy.

But these are minor concerns compared to the power of having Katie Couric appear on Good Morning America explaining to millions of viewers ideas that folks like Marion Nestle and I have been promoting for years: such as, how tinkering with processed food isn’t going to fix the problem, and neither will partnering with the food industry.

Huge thanks to Laurie David, Katie Couric, director Stephanie Soechtig and the rest of the Fed Up team for this important film, and for scaring the living daylights out of Big Food in the process. Please go see it, and take someone with you who isn’t already convinced, and then get politically active. We rarely have an opportunity like this to tell the truth about Big Food—in a real movie theater!