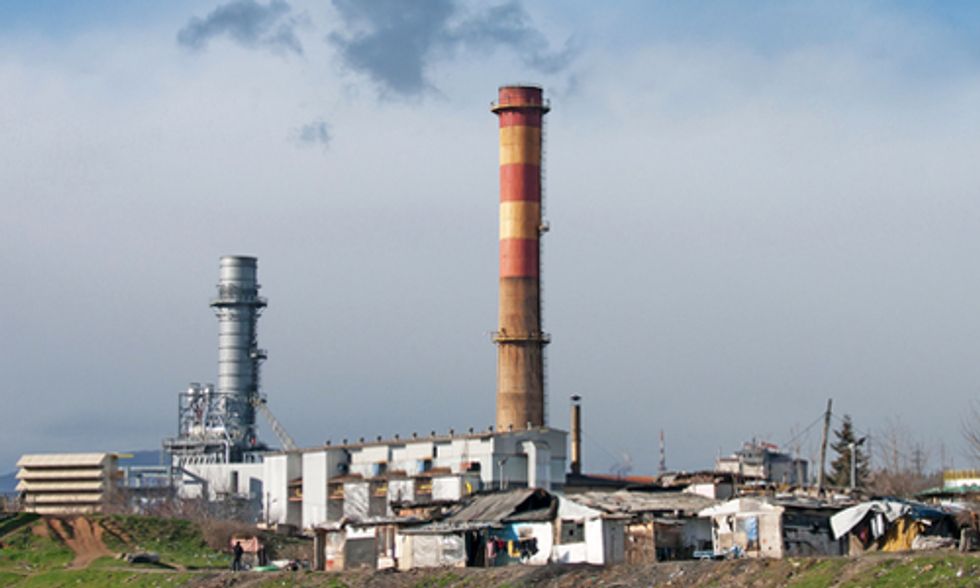 There is a growing drumbeat being played by the coal industry around the idea that their product will "save" developing African and Asian regions that are deprived of a reliable energy source or what is known in policy circles as energy poverty.

New global marketing campaigns like "Advanced Energy For Life" have projected the fantasy of "clean coal" as the solution for energy poverty.
Photo credit: Shutterstock

But I would say these countries deserve something much better than the old, dirty energy that we in North America no longer want.

New global marketing campaigns like "Advanced Energy For Life," which is sponsored by Peabody Energy, the world's largest private-sector coal company, have projected the fantasy of "clean coal" as the solution for energy poverty. If the developed West with its environmental and health standards would simply get out of the way, Africa and Asia could coal-fire their way to economic prosperity.

The timing is uncanny for this burst of random benevolence on the part the coal industry. After all, the idea of energy poverty is not new, and neither is coal.

Or could it be that as coal is becoming less favorable in places like the U.S., where strict new environmental and health concerns have all but halted any new domestic growth, these companies are looking to hawk their "clean" coal product in new markets.

Call me cynical, but I would say this poor-need-coal concept is a Hail Mary attempt by a dying industry to find the few last markets for a product that nobody seems to want anymore. Markets susceptible to being convinced by sophisticated marketing techniques that coal is somehow "clean."

First, let's get one thing straight, there is no such thing as "clean coal." Mining and burning coal remains one of the most destructive of all human activities. It flattens mountains, poisons rivers and drinking water supplies, pollutes the air, causes severe respiratory illnesses, and is over-heating our planet.

The phrase "clean coal" is no more than a clever bit of marketing—an advertising slogan that cannot honestly define any physical thing. Industry definitions of "clean coal" shift whenever its strategically expedient/convenient.

Big coal continues to hail the promise of carbon capture and storage (CCS)—remember all the commercials during the 2008 Presidential election? Carbon capture, we were told, would "soon" be commercially viable. Except we never reach that horizon. High profile CCS projects like FutureGen continue to struggle, with more than 11 years of promises, hundreds of millions of taxpayers dollars spent, and still not a spade in the ground.

And then there is the copycat "clean" coal carbon capture and storage project GreenGen in China, which is supported in part by none other than Peabody Energy, the same company behind the Advanced Energy for Life campaign.

So if coal has been, for all intents and purposes, essentially banned in the U.S., for environment, health and climate concerns. Why is it seen as a solution for other nations in Africa and Asia? Especially when there are cheaper, cleaner, more high tech 21st Century options.

Just as cell phone technology has helped the developing world leapfrog landline telecoms and their costly infrastructure, advanced renewables like distributed solar and wind can help the world's poor electrify, skipping the the centralized coal-utilities entirely.

The coal industry predictably argues that renewables are still too expensive, and that we have a "moral obligation" to provide "low cost" fossil fuels (read: coal) to lift the developing world out of energy poverty. However, commercially viable carbon capture and storage, and advanced coal gasification remain elusive pipe dreams that will likely be prohibitively expensive if they ever prove to be a workable solution.

None other than the International Energy Agency (IEA), the traditionally conservative Paris-based organization, recently argued that coal is not the best option for Africa and developing Asia.

In its latest Solar Roadmap report, published in September, the IEA made a strong case for solar as the best path out of energy poverty.

"The rapid cost decrease of photovoltaic modules and systems in the last few years has opened new perspectives for using solar energy as a major source of electricity in the coming years and decades," said IEA Executive Director Maria van der Hoeven, introducing the report.

The report showed how, by 2030, 500 million people with no current access to electricity could enjoy light in their homes with solar photovoltaics, describing the "considerable merits" of both on-grid and off-grid solar.

Provided financing options for the considerable upfront costs of solar, the IEA argues that photovoltaics are already competitive with fossil fuel alternatives.

Compared to coal with carbon capture and advanced coal gasification, solar photovoltaics, solar thermal, wind, and other advanced renewables are already a bargain.

Ultimately, it shouldn't be for the coal companies or western think tanks to decide what's best for Africa and developing Asia.

In India, a country with both extreme energy poverty and massive coal deposits, the recently elected Prime Minister Narendra Modi has announced a goal of delivering electricity to all Indian citizens by 2020. Modi's plan for delivering power to the roughly 300 million that currently live without: mostly solar.

Last year, at a climate and development conference in Ethiopia, delegates from throughout Africa met to discuss economic growth in the face of climate change and energy poverty. One main conclusion from their summary report speaks volumes:

"There is no question of a choice between economic growth and environmental protection. The green economy is about achieving green growth while at the same time protecting our environment."

Over the past 200 years or so, the Western world has learned so much about what works and what doesn't when it comes to powering a sustainable economy and planet. Developing nations in Africa and Asia don't need to learn those lessons all over again.