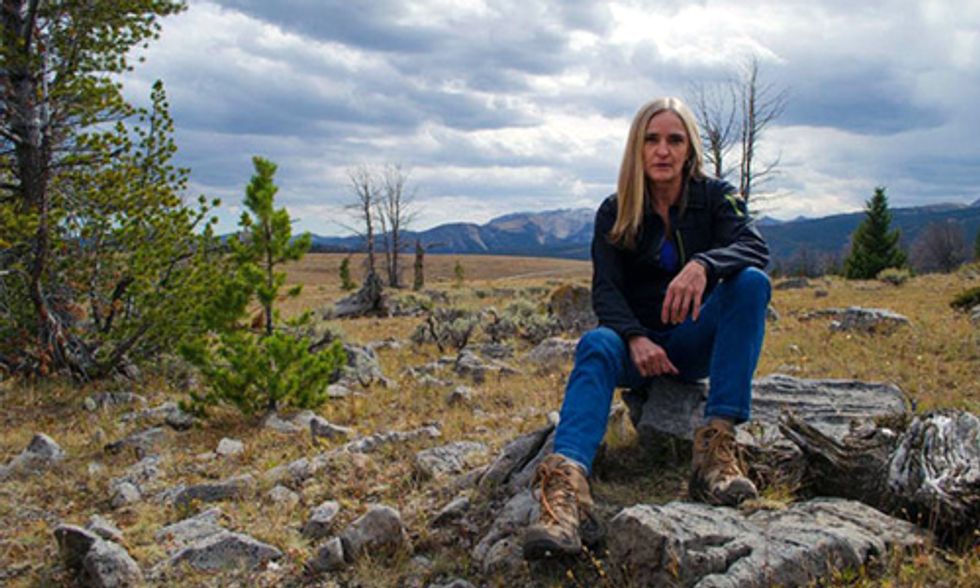 No matter how far you go on vacation, sometimes you can't get away—especially if you write about science policy for a living.

I recently escaped the steamy confines of Washington, D.C., for the mountains of Montana for some sorely needed R & R. The last time I set foot in Big Sky Country was 10 years ago, when I attended a grizzly bear conference at a ranch just outside of Yellowstone National Park. And the first and only other time I visited the state was 35 years ago, when I backpacked in Glacier National Park.

From a climate perspective, things there have gotten worse.

The glaciers I marveled at on my backpacking trip have shrunk considerably, and even then they were a pale approximation of what they once were. The U.S. Geological Survey (USGS) estimates that there were approximately 150 glaciers in the area in 1850, and most of them were still there in 1910 when the park was established. In 1979, when I was fending off mosquitoes at the Continental Divide, the official National Park Service estimate was down to 75 glaciers, and now, according to the USGS, there are only 25 glaciers larger than 25 acres.

At that 2004 conference, I learned that global warming is making it harder to keep a key item in the grizzly bear pantry in stock. The bears like to feast on high-protein seeds from whitebark pine cones in the fall to fatten up before hibernation time, but the tree is being ravaged by the mountain pine beetle, which develops faster and survives winter more easily thanks to warmer temperatures.

To be sure, the beetles have been around for a long time, and they aren't the whitebark pine's only problem. The trees also have been suffering from white pine blister rust—a disease accidentally introduced via imported seedlings nearly a century ago—and fire pattern changes have enabled other tree species to invade their territory. But over the last 10 years, beetle outbreaks have intensified. According to a 2012 U.S. Forest Service study, they "are occurring more rapidly and dramatically than imagined a decade ago." Since my last visit, the Forest Service estimates the beetle has killed more than 4.5 million whitebark pine trees in Montana alone.

This grim state of affairs prompted the U.S. Fish and Wildlife Service (FWS) to determine in 2011 that the whitebark pine is in "imminent" risk of extinction due to, among other things, global warming—the first time the federal government identified climate change as a contributing factor in a tree species' demise. Budgetary constraints and more pressing agency priorities, however, have kept the tree off the endangered species list.

The fate of the Yellowstone region's grizzlies, meanwhile, has teetered back and forth in recent years. In 2007, the FWS concluded that they had recovered sufficiently and took them off the threatened species list, which they had been on since 1975. Two years later, however, a federal district court in Montana put them back on, citing concerns about the whitebark pine. Regardless, the FWS is again considering delisting the roughly 700 bears in the Greater Yellowstone Ecosystem, contending they are supplementing their diet with more meat.

If anyone gets climate in Montana, it's scientists. During my recent visit I picked up a copy of the Missoulian, Missoula's daily newspaper, and came across an op-ed titled "Climate change is a scientific reality." Written by University of Montana entomologist Diana Six and five other Montana-based scientists, the July 30 column was essentially a public version of a letter they and 96 other scientists across the state sent to Montana's governor and the state's congressional delegation in late June.

The scientists cited some of the severe impacts global warming is already having on the state—including longer wildfire seasons and the aforementioned pine beetle—and warned that the consequences of doing nothing to curb carbon emissions would be dire indeed.

They also chastised Montana politicians for turning a blind eye to empirical evidence.

"Some of Montana's political leaders continue to ignore the most basic scientific findings about climate change," they wrote. "We hear them say: 'I'm not a scientist so I cannot be sure.' We are scientists and let us be clear: The scientific evidence that Earth's climate is warming is overwhelming. We need to move from debate to solutions."

One solution the scientists support is the U.S. Environmental Protection Agency's (EPA) recent proposal to limit power plant carbon pollution. The draft plan requires Montana industries to cut carbon emissions 21 percent by 2030. Given that coal was responsible for 53 percent of the electricity generated in Montana last year and the state has the largest coal reserves in the nation, the proposal received a mixed reception among Montana pols. Their responses ranged from praising the EPA for a responsible, flexible plan to condemning the agency for making war on coal and Montana jobs.

In fact, coal jobs are few and far between in Montana. According to preliminary U.S. Bureau of Labor Statistics numbers for 2013, the coal industry employed only 1,116 people out of a total workforce of nearly 437,000. That's an anemic 0.25 percent. Oil and gas jobs are even more scarce. Although there are four oil refineries in the state, only 761 Montanans worked in the industry last year. Agriculture and outdoor recreation are much more important to the state's economy, and climate change is taking a toll on both. Droughts and wildfires are a growing problem for farmers and ranchers, and dead trees don't do much to enhance the hiking experience.

Six and her co-authors also called on state officials to make Montana a hub for clean energy jobs. Given the latest news on that front, however, don't count on that happening anytime soon.

Like 28 other states and the District of Columbia, Montana has a standard in place promoting renewable energy, such as wind and solar. Montana's standard, which went into effect in 2008, requires the state's two largest utilities and an electricity supplier to generate 15 percent of their electricity from renewables by 2015, a relatively modest goal. Late last month, a state legislative committee issued a draft report concluding that Montana's standard has been an economic success. It created new jobs, bolstered rural county development, had a "negligible impact" on electric rates, and cut carbon emissions at the same time.

That's the good news. The bad news? Despite the fact that the three companies have already met the 15 percent requirement—and the fact that Montana has the third best wind resources in the country that could meet more than 240 times the state's current electricity demand—the legislative committee recommended that the renewable requirement remain at 15 percent.

You might call that a victory, considering some legislators wanted to drop the standard altogether. Jeff Deyette, a senior energy analyst at the Union of Concerned Scientists, calls it a missed opportunity.

"While Colorado, Minnesota and other states blessed with tremendous wind potential are forging ahead and ramping up their renewable energy targets, Montana is missing a golden opportunity to build on what it has already started," said Deyette, the co-author of "Ripe for Retirement," a 2013 study on aging coal plants. "I can see why Montana scientists are frustrated with their elected officials. Given what we know about global warming, legislators there are clearly putting the interests of the coal industry ahead of their own constituents."