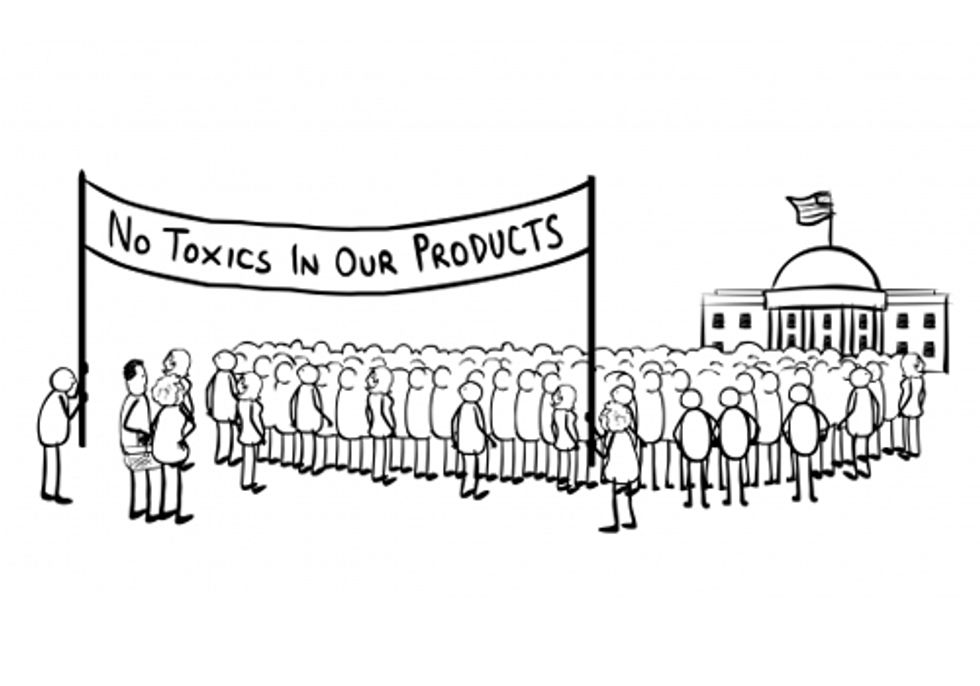 In my upcoming movie, The Story of Change, I talk about how deep, lasting social change—the kind of change achieved by the civil rights movement, the anti-apartheid movement in South Africa, and the early environmental movement—always starts with a group of people committed to a Big Idea for how things could be better. Not just a little better for a few people, but a whole lot better for everyone.

And yet, these days, when we’re faced with huge threats—from growing wealth inequality to disruption of the global climate—we seem to get stuck in small-bore solutions that fail to get to the root of these problems: an economy that puts short-term corporate profits ahead of everything else.

The fact is that many of us already share a Big Idea for a better world. Instead of a wasteful, growth-at-all-costs economy that fails both people and the planet, hundreds of millions of us want a new economy that puts safe products, a healthy environment and happy people first.

Today, three-quarters of my fellow Americans support tougher laws on toxic chemicals and more than 80 percent want clean energy laws. Eighty-five percent think corporations should have less influence in government and more than six in 10 Americans say the government should attempt to reduce the gap between the wealthy and less-well-off. Maybe that’s why a 2011 Pew Research Center poll found ‘progressive’ to be the most positively viewed political label in America.

Now sure, we may not know exactly what a better future will look like—in many ways, we haven’t invented it yet. But every day we’re making remarkable advances in renewable energy and safer chemicals; more and more businesses are figuring out how to do well for themselves and their workers; and more and more citizens are standing up for themselves, and their neighbors, in their local communities and at the state and national level.

So, where are we headed? What’s our destination?

Setting our GPS correctly—toward an economy that supports safe products, a healthy planet and happy people—is important because there are going to be lots of bends in the road to that future, and sometimes, the road itself may not be entirely clear.

But as Martin Luther King, Jr. once said, “faith is taking the first step even when you don’t see the whole staircase.”  We’ve got a pretty good idea where we’re headed. For those of us committed to that more sustainable and just world, the trick is turning that sentiment into action—even before we know all the details of the journey ahead.