Environmentalist: Big Business Threatens the Planet, Despite Boasts of Sustainability 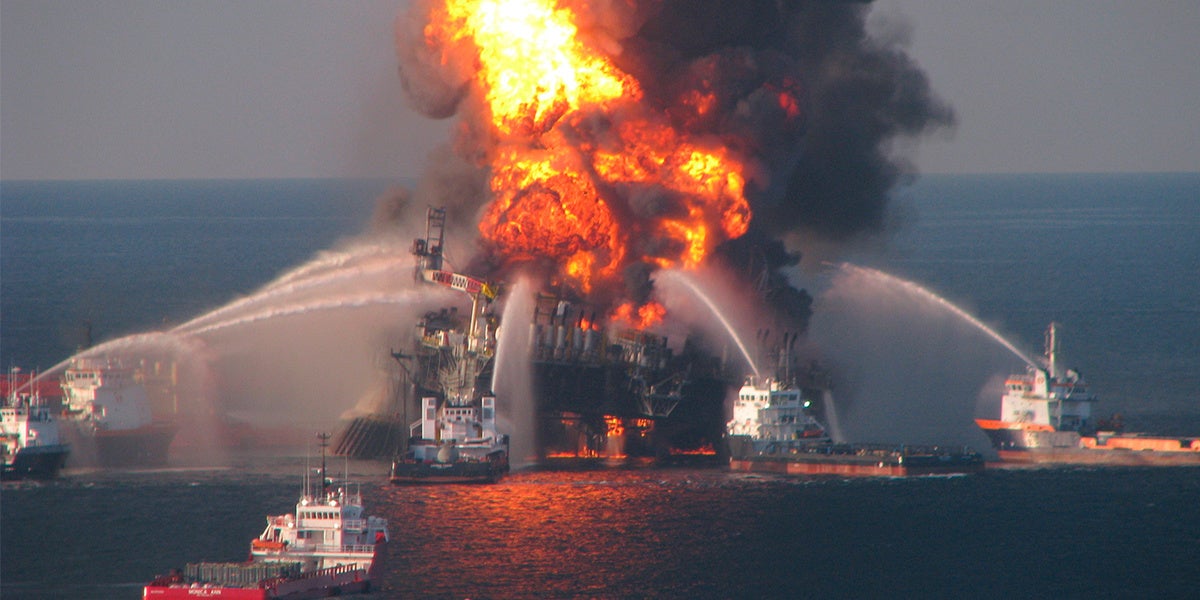 Transnational corporations, or TNCs, or just plain big businesses, are everywhere. They have an overwhelming influence and impact on our lives—and on the planet.

They boast they are a force for good—and are helping in the fight against climate change. But Peter Dauvergne, professor of international relations at the University of British Columbia in Canada, begs to differ.

“The earth’s climate is drifting into an ever-deeper crisis as the shadows of mass production, transportation and industrial agriculture continue to intensify,” said Dauvergne.

The buzz word among TNCs is sustainability: TNCs see themselves leading the struggle to build a better world, in which resources will be ever more carefully managed—and climate-changing greenhouse gases reduced.

“We are entering a very interesting period of history where the responsible business world is running ahead of the politicians,” said Unilever, the giant Anglo-Dutch consumer goods company.

With their global reach and enormous financial resources—which dwarf those of many countries round the world—TNCs say they are ushering in a sustainable future.

But trusting big business to lead sustainability efforts, says Dauvergne, is like trusting arsonists to be our firefighters.

He does point out that TNCs are doing many good things. For example, Walmart—the world’s biggest company by far—uses solar panels on its stores, recycles increasing amounts of its waste and donates millions of dollars to environmental causes, including the fight against climate change.

Technology giants like Google and Apple have switched to using renewable energy across their operations.

TNCs spend billions each year on pressing home their sustainability message, stressing their adherence to the code of Corporate Social Responsibility (CSR).

“One should not be fooled: when all is said and done, what companies like Walmart, Coca-Cola and BP are doing in the name of sustainability is aiming to advance the prosperity of business, not the integrity of ecosystems or the quality of future life.”

Mergers and takeovers, with small businesses being gobbled up, have led to an ever greater concentration of corporate wealth and power. A handful of giant companies has enormous influence on global agriculture—controlling fertilizer and pesticide production and, most importantly, the availability of seeds.

TNCs, says Dauvergne, encourage both overconsumption and rising rates of unequal consumption. They use their financial clout and their teams of accountants and lawyers to avoid taxes—and to reap more profits for their shareholders.

Maybe the TNCs have come to believe their own propaganda, but the degree of corporate chutzpah is, at times, amazing to behold.

McDonald’s boasts that it is “helping to lead a global movement on beef sustainability.” BP, responsible for spewing millions of barrels of oil into the Gulf of Mexico, says sustainability is at the heart of its corporate strategy.

VW, which installed technology in millions of its cars to shut off pollution controls, says it abides by transparent and responsible corporate governance.

For the good of the future of the planet, the public—and governments—must confront big business, says Dauvergne: the corporate world is never going to be turned into a force for social justice and planetary sustainability.

“Any chance of stopping big business from destroying much of the earth will require governments and societies to reorient global environmental policies to reduce—and then restrain—the power of big business.

“Doing so is increasingly urgent, as the exact opposite is now happening, with the financial, political and cultural power of big business rising at an ever-quickening clip.”