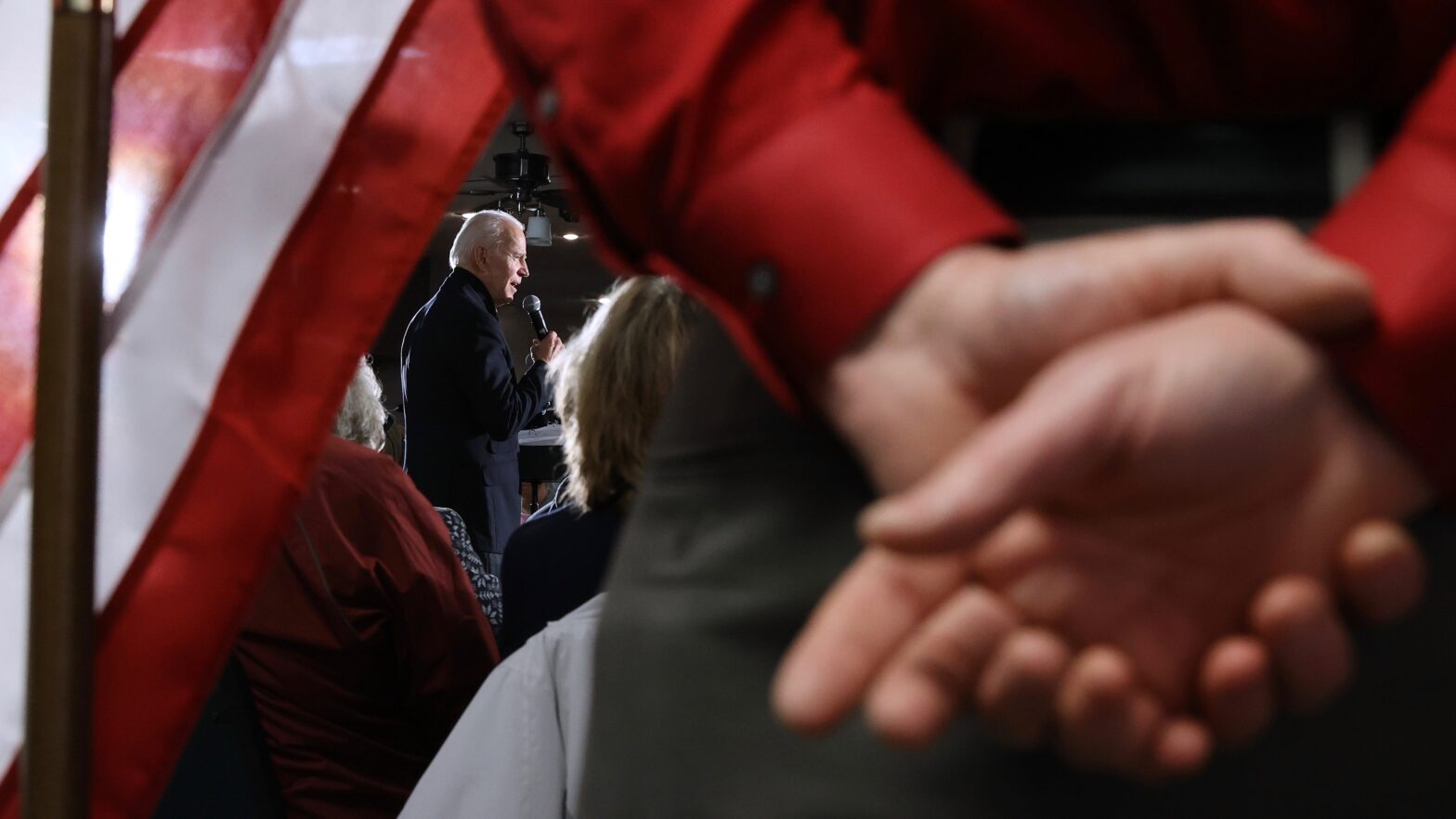 Joe Biden put his hand on the chest of an Iowa voter and told the man to vote for someone else when the voter asked the former vice president about his plans to replace gas pipelines, The Independent reported.

In the exchange, which was captured on video, a former Iowa state representative, Ed Fallon, tells Biden he will support him in the general election if he wins the nomination and asks the candidate about the climate crisis.

“I like you, and I’m going to support you if win the nomination because we have to get rid of [Donald Trump],” Fallon said, “But what are we going to do about climate change? … We have to stop building and replacing pipelines.”

At one point in the exchange, Biden grabs Fallon’s lapels and asks him if he really thinks Sen. Bernie Sanders can stop oil and gas pipelines by 2030.

“Tom Steyer? Well, that’s good, he’s the guy that…” what Biden then says is partially inaudible due to aides loudly urging Fallon to move the line along, but Biden seems to be making reference to Tom Steyer’s alleged investment in coal mining, which Biden has mentioned before on Twitter.

On Bold Iowa, Fallon wrote an open letter, saying why he supports Steyer. “My reasoning is simple. The climate crisis is an existential threat that trumps all issues. Steyer is the strongest on climate. Sanders is second,” Fallon wrote.

Fallon goes on in his letter to describe his exchange as “disturbing on a number of levels. Biden doesn’t even attempt to address my concern. All he says is that serious climate action by 2030 isn’t realistic.”

“And despite his repeated calls for unity, Biden rejects my offer to support him in the general election. That really shocked me. What was even more shocking was how Biden pushed and poked me, and then took hold of my jacket with both hands as he lectured me.”

Steyer quickly rebuked Biden on Twitter for his treatment of a Democrat.

“This is no way to treat an Iowan. He said he’d vote for the Dem in the general b/c he knows how important it is to beat Trump. We need immediate action on climate. If you don’t agree, happy to talk @ debate. But don’t take it out on voters we need to win in Nov,” Steyer wrote, also posting a link to the video.

Despite, Fallon’s insistence, The Center for Biological Diversity Action Fund does not agree that Steyer has the most comprehensive plan to address the climate crisis.

Yesterday, the organization released its report card for the top seven Democratic candidates polling above one percent.

They gave Sanders the top grade, with an A. Sen. Elizabeth Warren was just behind him with an A-. Steyer was third with a B. Biden came in fourth with a C+. Andrew Yang was fifth, earning a C. Pete Buttigieg came in sixth with a C-, while Sen. Amy Klobuchar ranked last with a D.

“The Democratic nominee for president needs to be a bold, visionary champion of the environment, with a track record of rising to the challenge of saving our planet,” said Kierán Suckling, president of the Center for Biological Diversity Action Fund, in a statement. “Democrats have taken environmental voters for granted for far too long. It’s heartening to see Sanders and Warren leading the charge on these issues. The rest of the party needs to follow suit.”