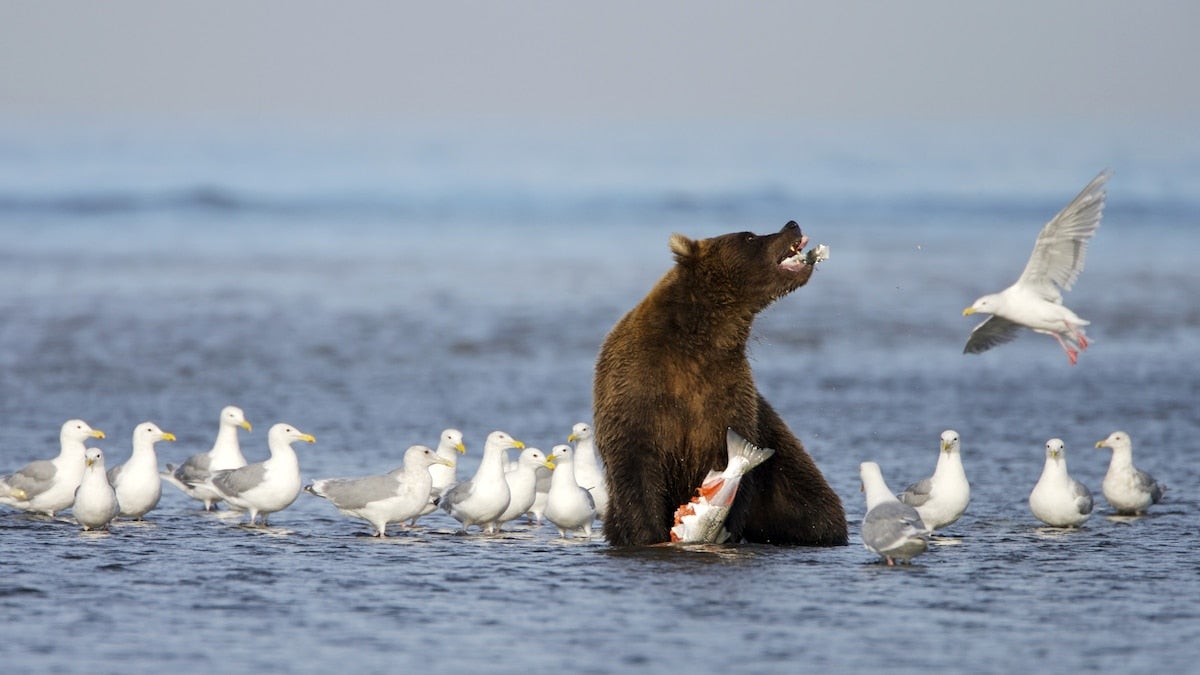 President Joe Biden’s Interior Department confirmed on Wednesday that it has canceled three lease sales that would have opened millions of acres of ocean to oil and gas drilling.

“Due to lack of industry interest in leasing in the area, the Department will not move forward with the proposed Cook Inlet OCS oil and gas lease sale 258,” the Interior Department wrote in a statement shared by journalist Sara Cook on Twitter. “The Department also will not move forward with lease sales 259 and 261 in the Gulf of Mexico region, as a result of delays due to factors including conflicting court rulings that impacted work on those proposed lease sales.”

Environmentalists celebrated the news. Climate and wildlife advocates have long opposed the Cook Inlet sale because it would have impacted endangered species like beluga whales and Native and local communities who rely on the ocean, as National Resources Defense Council (NRDC) senior attorney Irene Gutierrez noted in a blog post shared with EcoWatch. Further, it would have contributed more to the climate crisis, which is already making Alaska the fastest warming state in the nation.

Environmental groups also oppose further drilling in the Gulf of Mexico because it threatens the health of human communities, endangered species like Rice’s whale and the region’s important fisheries.

“It is time to stop treating the Gulf of Mexico as a sacrifice zone for the country’s dirty and dangerous oil and gas addiction, and to accelerate the shift to clean energy,” Gutierrez said.

The department’s decision prompted backlash from the oil and gas industry and Republican lawmakers, however, because it comes at a time when oil and gas prices are surging, partly due to Russia’s invasion of Ukraine. Gas prices have reached a record $4.40 a gallon, $1.40 per gallon more than last year, AP News reported.

“I can’t imagine a more tone-deaf, shortsighted decision that jeopardizes our economic and energy security without doing a single thing to help the environment or the American people,” Rep. Bruce Westerman (Ark.), who is the leading Republican on the House Natural Resources Committee, said in a statement reported by The Washington Post.

Climate advocates, however, have pushed back against the argument that more leasing will boost supply and lower prices. Gutierrez pointed out that the oil and gas industry has collectively leased 11 million acres of ocean and is using less than a quarter of it.  Further, it would take a decade for oil companies to develop any acreage leased this year.

The cancellation comes as the near future of oil and gas leasing on public lands is unclear. President Biden promised to stop leasing on public lands and followed through with a moratorium shortly after taking office, The Washington Post reported. However, a Louisiana judge struck down the temporary ban, and the administration then said it had to continue to hold lease sales. However, the current five-year offshore drilling program is set to expire at the end of June, and the Interior Department has not yet released a replacement plan. Even if it did so in the next few weeks, oil and gas companies likely still wouldn’t know when or where new lease sales would be held until 2023.

The energy industry has called on the administration to end the delay.

Environmentalists, on the other hand, want the administration to take an even stronger stance against fossil fuels.