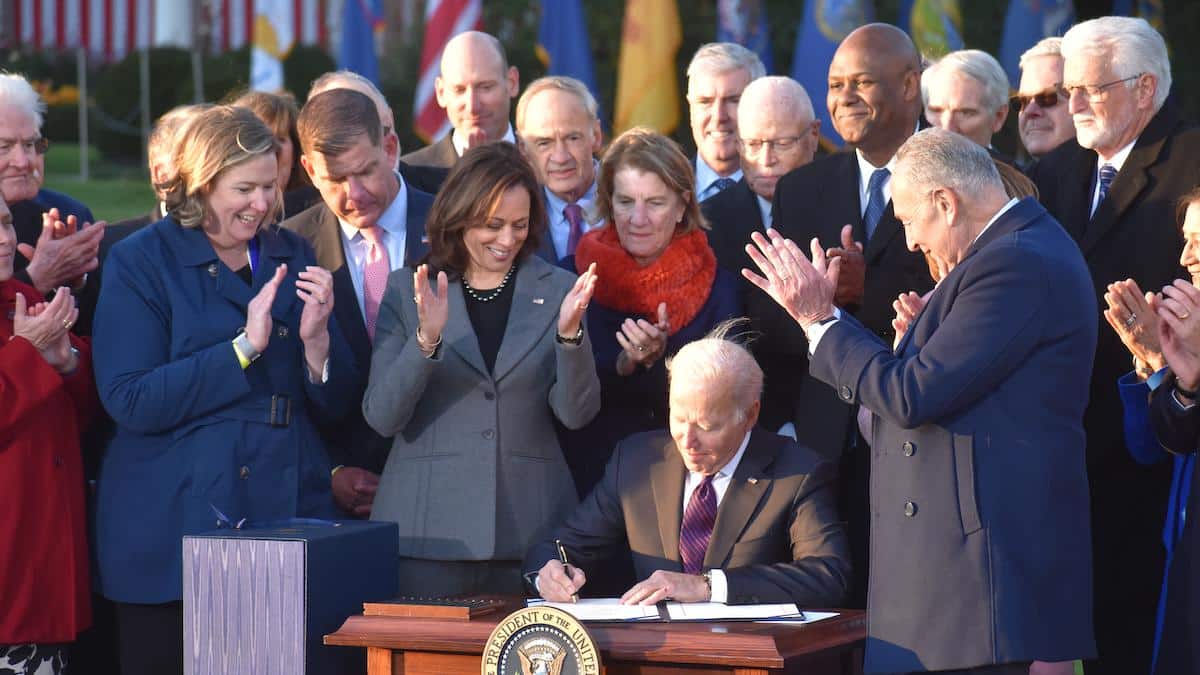 Nearly all school buses currently run on diesel, exposing children whose lungs are particularly susceptible to air pollution to exhaust fumes, likely the most polluted air they’ll breathe all day, and dumping more than 5 million tons of greenhouse gases into the atmosphere every year. The law also includes nearly $5 billion to begin to plug, cap, and clean up orphaned oil and gas wells that leak planet-heating methane and other pollutants.

The law aims to end the use of infrastructure projects like highways and bridges as instruments of racism, but some worry the law gives states unconcerned with equity considerations too much control. “A fundamental part of this program has always been to have the feds raise money, hand it over to the states and cross our fingers,” Beth Osborne, who was an acting assistant secretary in the Transportation Department during the Obama administration, told The New York Times.

The law contains just a small fraction of the spending to cut American climate pollution included in the Build Back Better Act, which Democrats are hoping to pass before Thanksgiving.