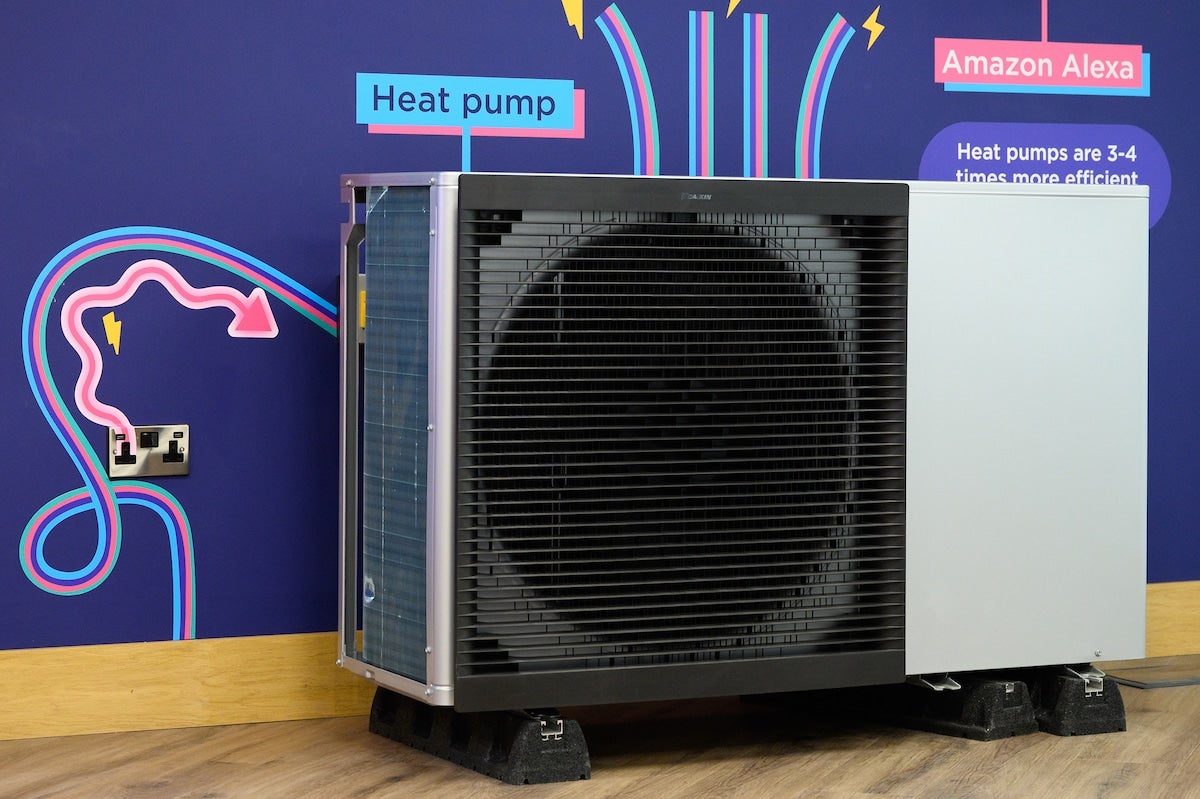 Russia’s invasion of Ukraine has presented world leaders with a conundrum: how to wean Europe off of Russian fossil-fuel products without worsening the climate crisis?

To answer this dilemma, environmental advocates have come up with a solution of ramping up U.S. production of heat pumps and sending them overseas. And it appears the Biden administration is listening. White House aides have studied ways to enact this plan, The Washington Post reported Tuesday.

“It’s very exciting to see people picking up on this,” author and climate activist Bill McKibben told The Washington Post’s The Climate 202.

McKibben was the first big name to advocate for the heat pump solution in a February substack post.

“President Biden should immediately invoke the Defense Production Act to get American manufacturers to start producing electric heat pumps in quantity, so we can ship them to Europe where they can be installed in time to dramatically lessen Putin’s power,” McKibben wrote.

He also cited the precedent of the “lend-lease” program of sending supplies at or below cost to Europe during World War II.

Europe currently gets about 40 percent of its natural gas from Russia, Reuters reported. In response to Russia’s actions in Ukraine, the European Commission promised Tuesday to reduce its dependence by two-thirds by the end of the year and phase out Russian gas completely “well before 2030.”

One way to help Europe with this endeavor would simply be to ship more liquified natural gas (LNG) to the continent. The White House was reportedly considering announcing an interagency review of how to increase LNG exports, but ultimately decided not to after some members of the administration expressed concerns about the climate crisis, sources familiar with the matter told Reuters. Opponents of the review argued that upping natural gas exports ran counter to the goal of reducing fossil fuel production and consumption.

This is a position shared by more than 200 environmental groups, who wrote a letter to President Joe Biden urging him to use the Defense Production Act to help Ukraine by speeding the transition to renewable energy. They argued that the global reliance on fossil fuels ultimately gave Russian President Vladimir Putin more power, and that weaning the world off of them rapidly was essential for both climatic and geopolitical stability.

“Putin’s ability to wreak such destruction on Ukraine is predicated on global dependence on fossil fuels,” the groups, including the Center for Biological Diversity, the Sunrise Movement and the Indigenous Environmental Network, wrote. “Oil and gas constitute forty percent of Russia’s national revenue, meaning Russian exports of oil and gas are literally funding this invasion. What’s more, global reliance on Russian oil and gas slowed our collective will to respond over fear of higher energy costs the world over.”

In addition to heat pumps, the groups also thought the administration should ramp up the production of other renewable energy, storage and weatherization technologies and deploy them not only in Europe but also in the Global South and across the U.S.  The groups also called on Biden to use the act to create millions of well-paying jobs and mobilize to build public transportation infrastructure to lower the impact of high gas prices.

Heat pumps are considered a more energy efficient means of heating or cooling a space. This is because, instead of generating heat like a furnace, they use electricity to transfer heat from a warm area to a cool area, the Department of Energy explained. Their efficiency is why McKibben argued that sending them to Europe was a climate solution.

“At first some of the electricity to run the heat pumps will come from gas — but heat pumps are much more efficient than gas boilers, so even that will reduce use,” he said.

As time goes on, the energy that supplies the pumps will get greener and greener if countries honor their climate commitments, he argued.