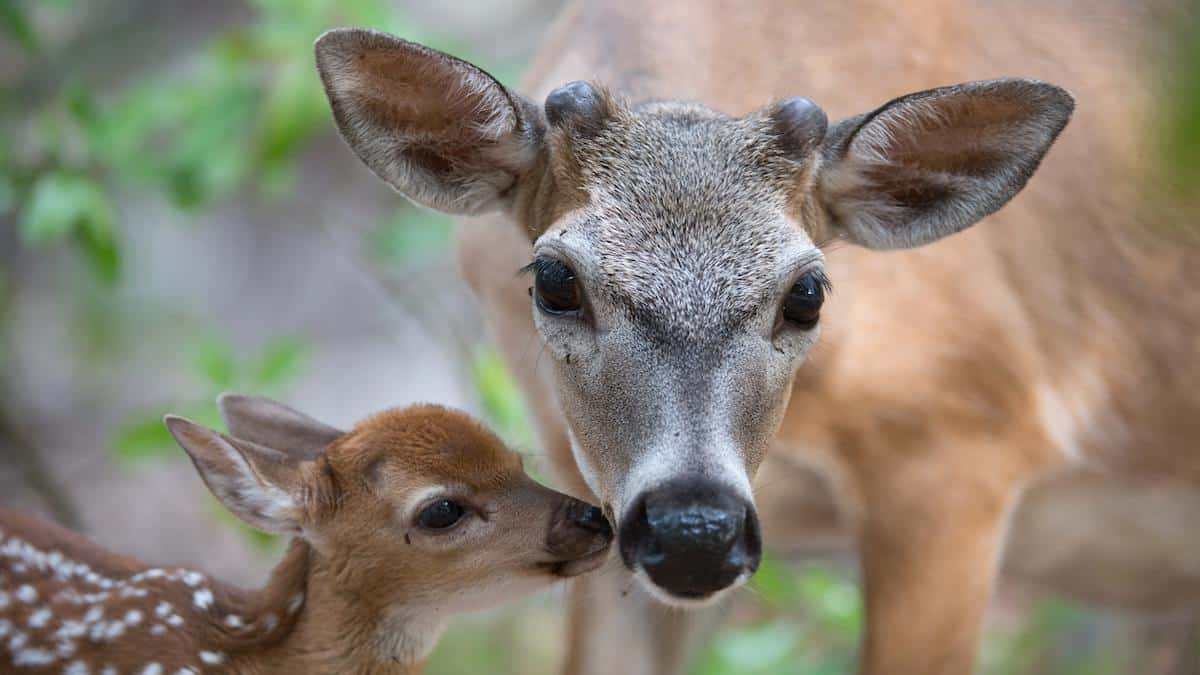 Key deer are endangered and endemic to the Florida Keys. Carlos A Carreno / c3.photos via Getty Images

The Center for Biological Diversity (CBD) uncovered the moves when it reviewed the FWS regulatory agenda released December 10 and protested the decisions in a letter to administration officials sent Monday.

“It’s a gut punch that the Fish and Wildlife Service is seeking to weaken protections for whooping cranes and key deer, when both species’ homes could be underwater in decades,” CBD government and affairs director Brett Hartl said in a statement emailed to EcoWatch.

Whooping Cranes: Whooping cranes are currently listed as endangered by the FWS, but the service wants to downlist them to threatened. However, the only wild population winters in Texas near the Aransas National Wildlife Refuge, an area at risk from sea level rise. The species recovery plan says the birds should only be downlisted when their population reaches at least 1,000 individuals or a second migratory population of more than 120 birds develops for more than a decade. Neither of these conditions have been met, and the Texas population only has 506 birds.

Key Deer: Key deer are also currently considered endangered and also at risk from sea level rise. Their most important habitat on Big Pine Key is expected to be underwater within decades. Despite this, the FWS is considering downlisting them, and their recovery plan does not mention “climate change” and makes no plan to protect them from habitat loss.

Florida Panther: The Florida panther is currently listed as an endangered subspecies of puma. There are only around 200 left in the world. Despite this, the CBD uncovered records through a Freedom of Information Act request that FWS made plans to downlist them to threatened in 2018 despite the fact the agency had not (and still has not) completed an official five-year review or species status assessment.

“[I]t’s appalling that the Fish and Wildlife Service is even considering moving forward with a Trump-era plan to reduce protections for the Florida panther just to enrich special interest real-estate developers,” Hartl said in the statement.

In the letter, Hartl argued that the FWS plans to weaken or end protections went against an executive order signed by President Joe Biden. In the order, Protecting Public Health and the Environment and Restoring Science to Tackle the Climate Crisis, Biden demanded that federal agencies “be guided by the best science and be protected by processes that ensure the integrity of Federal decision-making.”

“The Fish and Wildlife Service is thumbing its nose at President Biden’s directive to federal agencies to follow the best available science in all decisions, especially those relating to climate change,” Hartl said in the statement. “We’d hoped that the horrific anti-wildlife tactics so often employed during the Trump era had ended, but it appears we were wrong.”

The letter urged agency leaders to rescind the regulatory agenda items that would delist or downlist these vulnerable species.