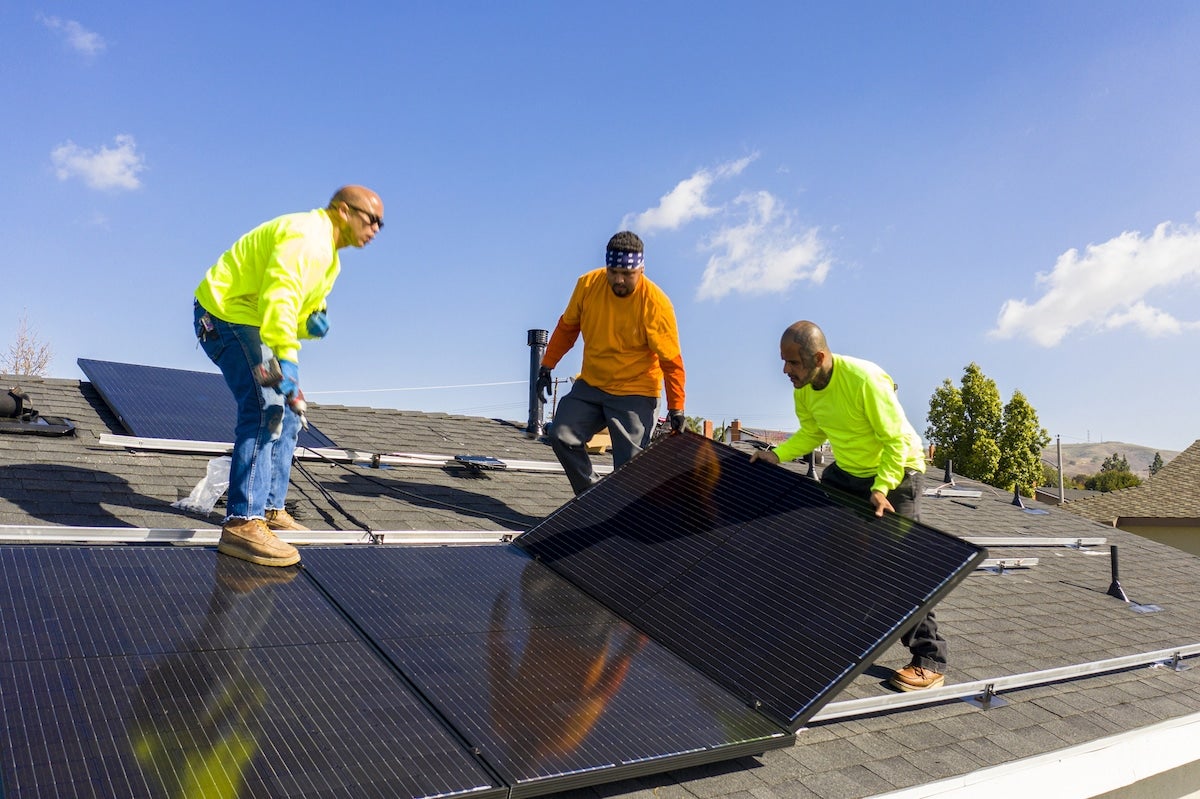 President Biden has extended Trump-era tariffs on imported solar panels with some exceptions, including “bifacial” solar panels that are used in large-scale solar projects. Two important factors in the decision to extend the tariffs were supporting the domestic manufacturing of solar panels and bolstering the transition to clean energy.

Tariffs on imported solar cells and panels would be extended for another four years, Biden said, but “bifacial” solar panels — those that are able to generate electricity on both sides — would be exempt.

Some U.S. manufacturers and labor leaders were not pleased by the exemptions. They argued that the Biden administration should be doing more to protect American solar manufacturers from less expensive Chinese products.

“Today’s decision places at risk billions of dollars in existing investment, thousands of jobs, our country’s energy security and a climate-critical transition to net-zero emissions,” Widmar said, as The New York Times reported.

Most of the solar panels imported by the U.S. are from Malaysia, Thailand and Vietnam, which includes those made in factories owned by companies in China, Bloomberg reported.

Biden’s decision to extend the tariffs was criticized by China.

“The U.S. government insisted on the extension regardless of the strong opposition domestically and internationally,” said the Ministry of Commerce in a statement, as Bloomberg reported. “The act won’t contribute to the healthy development of America’s solar industry and distorts the international trade order of solar as a new energy product.”

A 14 to 15 percent tariff will be imposed on the imports of solar products made with crystalline silicon, reported The New York Times. However, twice the number of solar cells exempt from tariffs will be allowed into the country.

The Biden administration also said it would start talks with Mexico and Canada to allow their solar products to be able to be exported to the U.S. without facing levies.

By the end of the decade, President Biden has promised to reduce U.S. carbon emissions by a minimum of 52 percent below 2005 levels, The New York Times reported. A recent report from the U.S. Department of Energy concluded that solar power could make up as much as 40 percent of the electricity in the U.S. by 2035. Currently solar stands at four percent.

Although the demand for solar power has grown in the U.S., the country’s solar manufacturers have had a hard time competing with the less expensive Chinese products. And American solar manufacturers’ production capacity last year was only enough to provide a fifth of solar installations in the U.S.

“The amount of market that is met by domestic manufacturing is pretty small,” said Xiaojing Sun, head of global solar research at research and consultancy firm Wood MacKenzie, reported The New York Times.

On Friday, the House of Representatives approved a bill devoting billions to scientific research that includes $600 million worth of grants and loans for solar manufacturing.

China’s reliance on solar parts that come from the Xinjiang region, where China has conducted mass detentions of ethnic minority groups, has put a black mark on its solar industry.

Last year, industry groups said that the Biden administration’s ban on silica-based products, including goods made with those products, made by China’s Hoshine Silicon Industry Company — a company that had been accused of forced labor in the Xinjiang region — stopped tens of billions of dollars worth of solar installations in the U.S., as The New York Times reported both currently and at the time.

A new law effective in June will make prohibitions on goods imported from Xinjiang even stronger.

China “has a long history of heavily subsidizing its solar enterprises and dumping solar panels made with exploited workers into other markets. These kinds of products should not enter the United States duty free,” Democratic Senator Sherrod Brown and Democratic Representatives Marcy Kaptur and Tim Ryan, along with Republican Senator Rob Portman, said in a joint statement, The Associated Press reported.