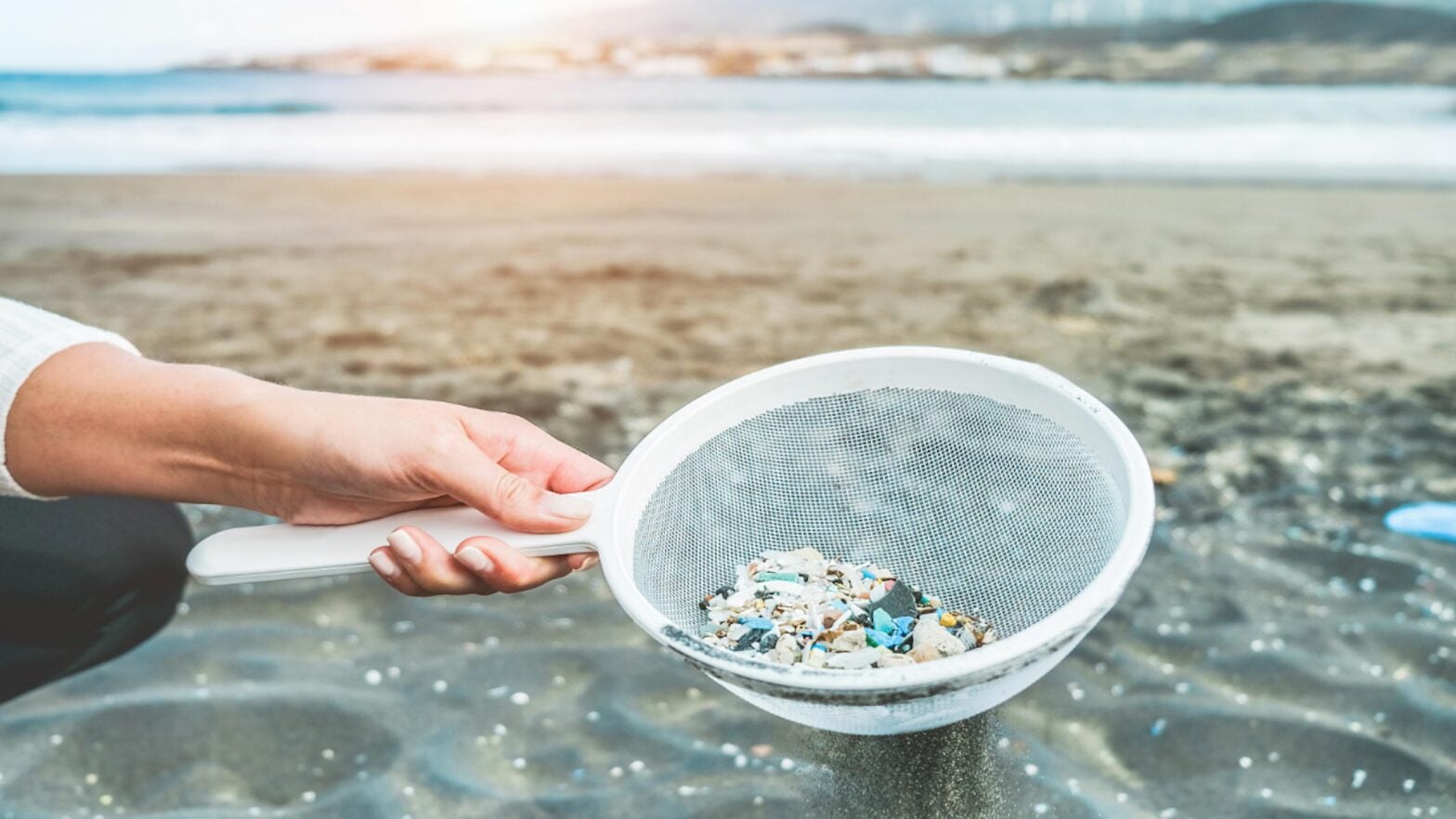 A woman cleans microplastics from sand on the beach. DisobeyArt / iStock / Getty Images Plus

A Greenpeace investigation revealed Monday that the Biden administration appears sympathetic to oil and chemical industry giants — not the public, scientists, and public health advocates — regarding a push in Europe to curb the use of microplastics in everyday products.

According to a report by Unearthed, Greenpeace UK’s investigative journalism unit, a senior policy advisor at the U.S. Environmental Protection Agency (EPA) named Karissa Kovner exchanged emails with the American Chemical Council (ACC) in April 2019 regarding a proposal by the Swiss government to list microplastic UV-328 in the Stockholm Convention, the UN’s global treaty on chemicals that don’t easily break down in nature.

UV-328’s inclusion in the treaty would lead to a ban on its production and use, which is currently common in plastic products, rubber, paints, coatings, and cosmetics, said Unearthed.

ACC officials forwarded an email to Kovner about the proposal, to which she said, “Wow — that’s quite a precedent. Holy moly.”

The ACC then told Kovner the Swiss government’s push is the “first concrete proposal” to label UV-328 as a persistent organic pollutant (POP).

“Welcome to our future,” Kovner said. Kovner’s comments were made when she was serving under former President Donald Trump, but she appears to still be leading the EPA’s work on chemicals under Biden; in late March she represented the EPA as a senior policy advisor for international affairs at the ACC’s GlobalChem conference.

“While you might expect Trump’s EPA to align with the oil and chemical industry against protections for the American people from potentially harmful plastic chemicals, the Biden administration must do better,” said John Hocevar, Greenpeace USA oceans campaign director. “As much of the world works to take action to address the impacts of the plastic pollution crisis, the U.S. government should be stepping forward to lead, not echoing the world’s worst polluters.”

The microplastic that Kovner, the ACC, and the European Chemical Industry Council (CEFIC) expressed concern about regulating has been classified as a substance of very high concern because it persists in the environment and accumulates in organisms. Microplastics have been detected in oceans; birds’ eggs and minks’ vital organs in the Arctic, sparking fear among Indigenous communities there that it could affect them as well; raindrops; household items; and human breast milk.

Scientists say more research is needed to determine UV-328’s effects on human health, but many have raised concerns about its persistence in the environment.

“The assumption is that if a chemical doesn’t degrade, we are altering our environment in a permanent way and we shouldn’t be doing that,” said Laura Vanenberg, a professor at University of Massachusetts Amherst. “When we start finding chemicals in human breast milk, it is not good. It means it is going into babies during vulnerable developmental periods.”

Although the European Chemicals Agency (ECHA) concluded in 2014 that UV-328 meets its toxicity criteria and that long-term exposure can have impacts on vital organs including the liver or kidneys, chemical trade groups have argued that pollution linked to the microplastic may have come from other sources and that there has not been “sufficient rate of transfer to remote areas.”

Kovner said last year that the EPA and chemical trade groups “felt differently” than many scientists regarding “long-range transport” of UV-328 — one of five criteria showing a chemical qualifies as a POP and should be listed in the Stockholm Convention.

The EPA official was echoing a claim made by CEFIC in April 2019, when it argued at length to the ECHA that long-range transport of UV-328 has not been proven and that the microplastic should not be banned without such proof.

Dr. Zhanyun Wang, a senior scientist at ETH Zürich and a member of the Stockholm Convention’s scientific committee, said scientists and policymakers must work with the data they have to make regulatory decisions.

“We don’t have to stop everything [with regards to regulation] until we have very solid scientific evidence,” Wang told Unearthed. “There is concern about the continued releases and accumulation of this chemical in the environment and organisms, which could cause long-term, poorly mitigable, adverse effects on biodiversity, ecosystem services or human health.”

Oil and chemical giants including ExxonMobil, Dow Chemical, DuPont, Ineos, BP, and Shell are among those represented by the trade groups Kovner appeared to align herself and the EPA with.

Rep. Alan Lowenthal (D-Calif.), who along with Sen. Ed Markey (D-Mass.) reintroduced legislation regarding plastic pollution in March, told Unearthed that the Biden administration “must seek to lead on this issue domestically and internationally to address the issue associated with the production, disposal, and waste of plastics.”

“We are no longer just poisoning the environment with our waste — we are poisoning ourselves,” said Lowenthal. “This is more than a solid waste or ocean pollution crisis. It is now an environmental justice, international human rights, climate, and public health issue.”