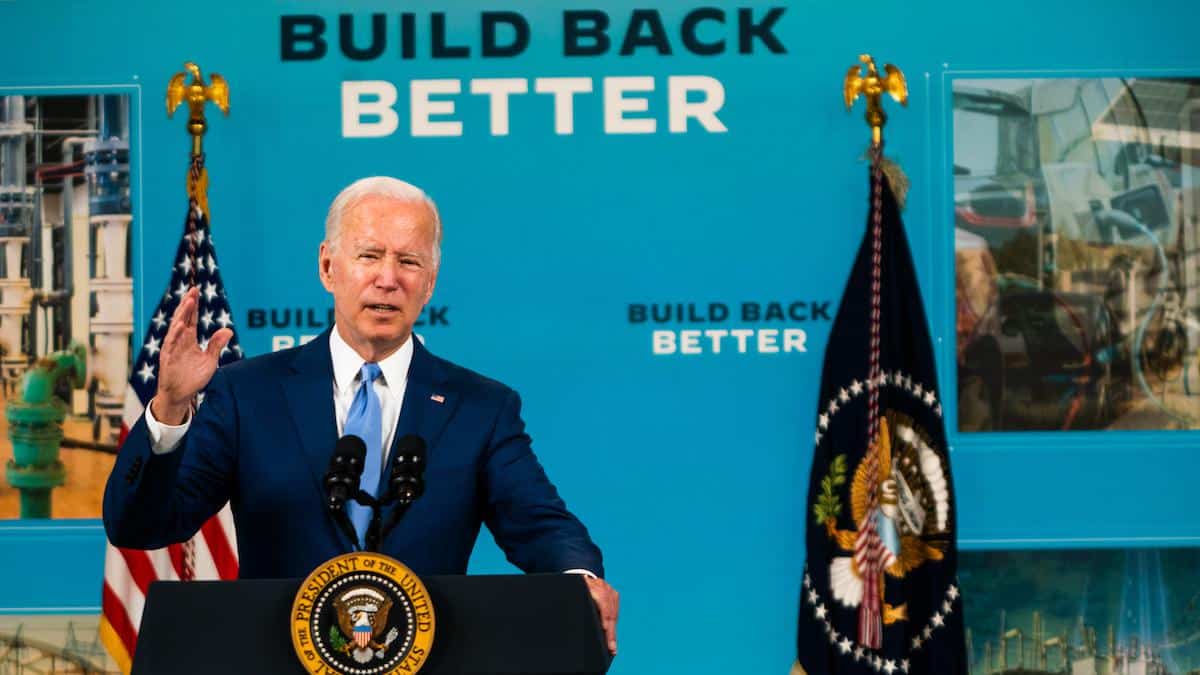 President Joe Biden delivers remarks on the September jobs report in the South Court Auditorium at the White House on Oct. 8, 2021. Demetrius Freeman / The Washington Post via Getty Images

The outcome of the global climate negotiations in Glasgow this month hinges in part on the Biden administration’s efforts to pass domestic legislation and to spur other nations’ commitments.

“The whole world is watching,” Rachel Kyte, a climate advisor to the UN Secretary General and dean at the Fletcher School of Tufts University, told The New York Times. The 26th Conference of Parties (COP26) begins Oct. 31, while congressional negotiations continue over the reconciliation bill, with a landmark investment in climate, the caring economy, health care and education, and the narrower bipartisan infrastructure bill.

If the legislation is not yet completed by the COP, Axios reports, Biden could resort to a “plan B” that relies on regulatory action already taken or proposed on methane, vehicles, HFCs among others; accelerating support for offshore wind and energy loans; and engagement with the private sector to deliver a credible path to Biden’s promised target of a 50-52% emissions cut below 2005 levels by 2030.

Biden’s climate envoy, fmr. Sec. of State John Kerry, offered optimism that other nations’ extant and forthcoming commitments to reduce emissions would create momentum that would make the Paris goals viable, but acknowledged more action is needed to get there. “Will it be that every country has signed on and locked in? The answer is no, that will not happen. But,” Kerry told the Guardian, “it is possible to reach that if [COP26 creates] enough momentum.” That target means carbon emissions — currently still rising — must fall by 45% this decade, many times greater than the 6.4% drop in 2020 due to the pandemic.

Staying within the 1.5C threshold would require carbon emissions to fall by 45% this decade, but apart from a brief plunge owing to Covid-19 lockdowns, emissions are still rising and are forecast to show their second-strongest leap on record this year. Despite new NDCs from the US, the UK, the EU and others, in total the commitments so far would lead to a 16% rise in emissions.

China, the world’s biggest emitter, will be key to any hopes of a strong outcome at Cop26, but has yet to submit a new NDC. The president, Xi Jinping, who has not left China since the start of the pandemic, has not said whether he will come to Glasgow.