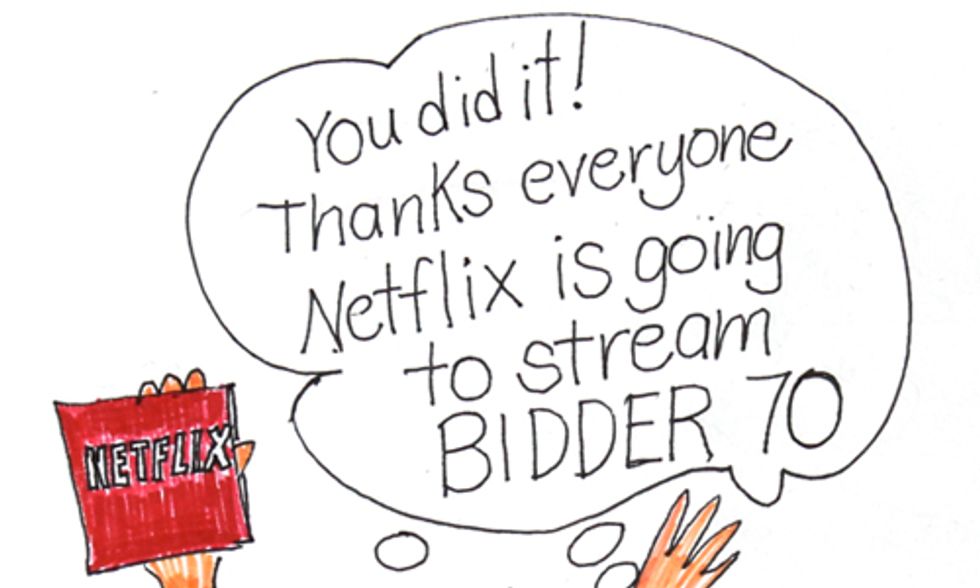 Last December EcoWatch launched a petition, Netflix, Please Stream BIDDER 70. After running the petition for only one month and getting nearly 2,000 signatures, Netflix said they would consider streaming the inspiring film.

Just days ago, we received word that Netflix has decided to stream BIDDER 70 starting June 3. Thanks to the efforts of EcoWatch readers and other supporters, Tim DeChristopher's extraordinary, ingenious and effective act of civil disobedience demanding government and industry accountability will be known by a much broader audience and help educate and motivate young people everywhere to engage in the fight for a sustainable planet.

"This petition proved the power of the people can convince a big corporation to do the right thing," said George and Beth Gage, producers and directors of BIDDER 70.

"Our supporters signed the petition and called and wrote Netflix, and as a result, Netflix agreed to stream BIDDER 70. Thanks to everyone who took action. Now Tim's message will reach and hopefully motivate a younger generation to come together and work for a livable future."

If you haven't seen the film, check out the trailer below and then be sure to catch it when it's streaming on Netflix. Be sure to use the tools of social media to encourage everyone in your network to watch it.