Is Your State Bicycle-Friendly? 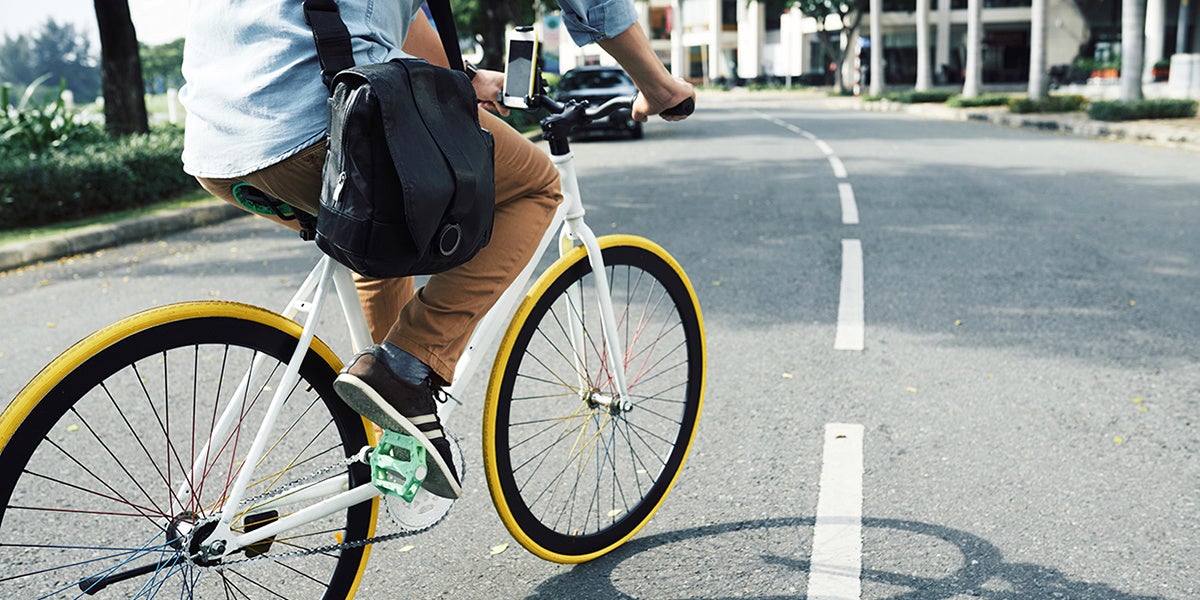 Do you live in the safest or the most dangerous state for riding a bike? The 2017 Bicycle Friendly State Report Card has the answer.

Each year, the League of American Bicyclists, an advocacy group founded in 1880 to improve street conditions for bikers, releases a detailed ranking that cyclists can use to track where it’s safe, and not so safe, to hop on wheels. The group also monitors each state’s progress toward increased bicycle safety. The rankings are derived from a variety of factors, including five key bicycle-friendly actions, federal data on bicycling conditions, and summaries with feedback on how each state can improve the safety and mobility of bicyclists.

Washington—ranked number one since 2008—has paved the way for safe biking conditions, with $20 million per year in state spending committed to biking and walking projects for the next 16 years. Some of these projects include new roadway crossings, better signage in high traffic areas and safer bike lanes. The rainy state’s plan has a unique component that addresses pooling from stormwater runoff as a danger to bikers and proposes planting rain gardens in stormwater infiltration areas to prevent, treat and store runoff.

Machiko Threlkeld, ride leader for Cascade Bicycle Club (CBC) in Seattle, agrees that the state has made progress to protect bikers. But she is still not fully content with urban biking conditions. “I believe we’re going in the right direction when I realize I have more options on routes, SDOT sweeping protected bike lanes, and clubs like CBC spreading the joy of cycling 365 days a year,” said Threlkeld, “but I still have mixed feelings about Washington being the top state because of so many thefts, incidents, and aggressive drivers and cyclists.” Going forward, Threlkeld emphasizes the importance of education and communication among both drivers and cyclists in shared spaces.

Washington has made an ambitious goal to have zero fatal and serious injury bicycle-and-pedestrian collisions by 2030 (currently there are 3.7 fatalities per every 10,000 bike commuters).

The state that ranks worst is Nebraska, with a low ridership rate (.5 percent of commuters biking to work) and modest spending on biking and walking ($2.44 per capita). Most notably, Nebraska lacks a statewide bike plan—a key component for state Departments of Transportation if they’re to make any real progress for bicycling conditions, according to Ken McLeod, policy director for the League of American Bicyclists and founder of the Bike Friendly State Program.

Julie Harris, native Nebraskan cyclist commuter and executive director of the Nebraska Bicycling Alliance, works to change these conditions. “We need state policy to address more than just cars when deciding to build or improve a road, especially in rural communities where the state highway is the main street,” said Harris. “Many streets are built with too wide of lanes or without considering sidewalks or trail and transit connections.”

Despite numerous concerns, Harris has seen improvement. “We have seen things starting to change in the last year or two, such as leaving gaps in new rumble strips so people can get on and off the shoulder more safely and comfortably and getting a side-path added to a major bridge project. As long as we keep going this general direction, we’re confident that our ranking will improve.”

The league’s goal is not only to educate bikers and pedestrians on the processes by which states create safer conditions and infrastructure to minimize accidents, but also to promote bike culture. “People are seeing the cross benefits of biking not just for transportation, but also for improving health or access to public lands,” said McLeod. “It’s also a very low-cost means of getting around, which makes providing a good biking network a good solution for areas with high transportation costs.”

Between 2012 and 2017, the number of bike riders in the U.S. increased from 51 million to 66 million—a trend that’s likely to continue if states keep bike-safety conditions a priority.