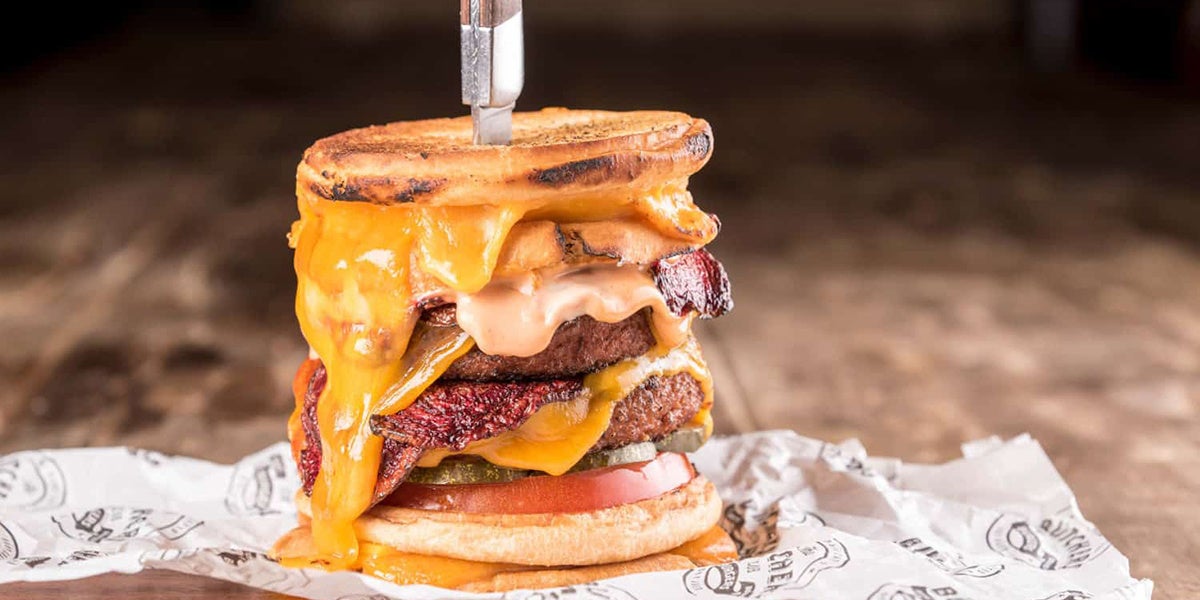 The Beyond Burger debuted in restaurants and stores across Hong Kong in April 2017. It’s a plant-based burger made of peas for protein, beetroot for a beefy red color, and coconut oil and potato starch. According to its makers, the ingredients together create a juiciness and chew like animal meat. The burger has gained significant media attention, along with other new entrants like the high-profile Impossible Burger, which is made from plant-based protein designed to bleed like meat.

For Beyond Meat, the Los Angeles-based company behind the Beyond Burger, Hong Kong represented its first overseas destination. And the successful launch there, alongside continued growth in the U.S. market, has given the company the confidence to go global, according to CEO and founder Ethan Brown. The company announced plans in early May for international expansion across 50 countries. This type of development is a big success for a company where its signature product, the Beyond Burger, was only launched two years prior.

This new breed of plant-based products is aiming to disrupt the protein market by challenging iconic symbols of meat culture, like hamburgers, nuggets and pork buns.

When The Butchers Club opened its gourmet burger restaurant in Hong Kong in 2014, it offered full-blooded meat options on the menu. It was an extension of the original concept of the company, which was based around a small group of chefs and butchers’ passion for bringing high-quality meat to Hong Kong diners. According to its website, its signature red meat burgers are made from a recipe of 100-percent natural, grain-fed, dry-aged Australian beef. But in May 2017, the menu took a surprising turn and embraced the Beyond Burger.

Twelve months later, the introduction of this plant-based meat has been so successful that The Butchers Club now has three Beyond Burgers on the menu. Visitors can choose from the Beyond Classic, the Beyond Wu Tang-Style and for vegan cheese-burger lovers, the Beyond Double Happiness.

Perhaps most surprising, however, is how well the burgers are selling in this iconic red meat burger restaurant. The company now claims that around 12.5 percent of total sales come from their vegan range. But sales can spike with promotions—a recent campaign six weeks ago saw the vegan range taking 25 percent of sales or double the typical amount.

Jonathan Glover, the founder of The Butchers Club, says a big reason for introducing the Beyond Burger was about offering customers choice. That’s not surprising given increasing consumer interest in plant-based proteins and growing public concerns around the environmental, ethical, and health impacts of meat. According to a 2016 Oxford University study, a global shift towards mainly plant-based diets and reduced meat consumption could save up to 8 million lives by 2050, reduce greenhouse gas emissions by two-thirds, and lead to healthcare-related savings and avoided climate damages of US$1.5 trillion.

Glover also admits that Hong Kong consumers like a trend. “There are people that purely just want to buy a new product,” he said. “We also have vegans or vegetarians coming to our burger restaurant for the first time, which is great, it has created a new market for us. But we think many of our customers ordering the vegan burgers are meat eaters curious about trying the burgers. We make the burgers look, taste, and smell like our meat burgers. And we have created a concept around them, which means we offer something quite unique and delicious.”

When asked how far vegan and vegetarian options can go on The Butchers Club menu, Glover remains open: “We don’t have an end-game. We believe in giving the customer what they want. We want to offer quality choice, whatever the ingredients. So, if there is demand, why not? We’re going to add products. We’re working on a new vegan product right now, for example.”

But according to Glover, it’s not always simple. “Introducing these burgers made us think a lot. It’s not easy. Coming from meat-centric restaurant and offering a vegan option, people think it’s just taking away the meat, but there is a lot more to it than that,” he explained. “Everything needs to be rethought, as animal products are part of so many products. We had to work hard to combine elements of taste, smell, texture, and appearance. To create an overall experience for the consumer. It also must look great. It’s a combination of many things to make it successful.”

While talking about the need for reducing meat consumption, Glover mentions his own efforts and says he goes meatless for at least one day of the week. He stresses that offering good choices to customers is one of the key success factors for any dietary change, and he sees meat reduction being a slow evolution that will happen over the next couple of decades.

“What I think is smart about products like Beyond Meat is that it is targeted for everyone,” he explained. “It shows meat-eaters that there are different options. If the goal is to get everyone to eat less meat, this is a good way to do it. It’s a soft approach, rather than a name-and-shame approach, which veganism has been guilty of in the past. But long-term, I think the shift towards less meat and more plant protein will be inevitable.”