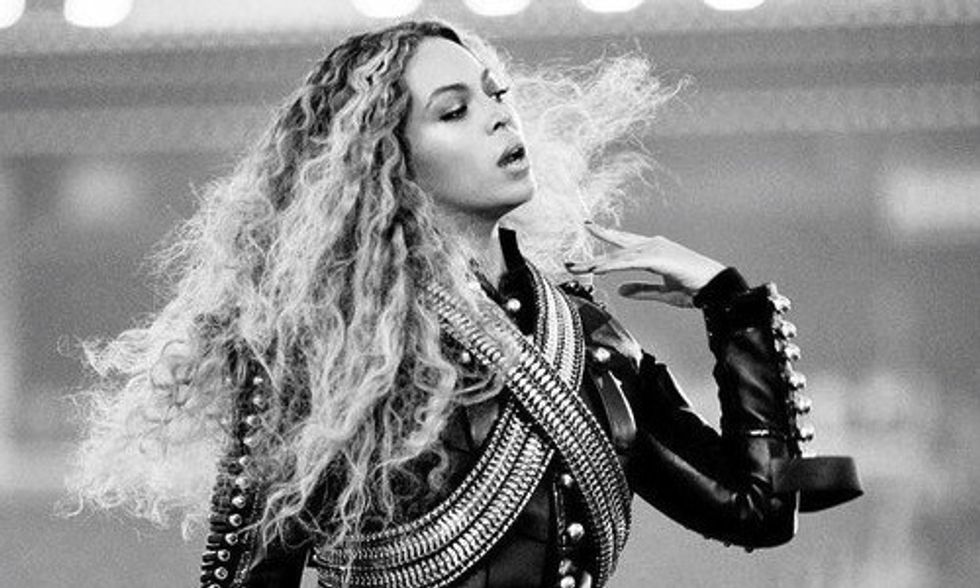 On the heels of her spectacular and politically charged performance during last night's Super Bowl half-time show, Beyoncé announced her brand new world tour as well as plans to aid relief efforts of the toxic water crisis in Flint.

The superstar singer, who will kick off her Formation World Tour in late April in Miami, will partner with the United Way of Genesee County, which has helped in the distribution of thousands of filtration pitchers, faucet mount filters, replacement cartridges and truckloads of water to Flint, tour promoter Live Nation announced.

Beyoncé will also work with the Community Foundation of Greater Flint "to create a fund that will address long-term developmental, education, nutrition and health needs of the children affected by the Flint water crisis," the announcement said.

Beyoncé is asking fans to follow @BeyGood on Twitter for details on helping Flint residents in need.

Flint's water disaster started back in April 2014, when an unelected state official switched the city’s main water supply from Lake Huron to the Flint River to save money. This ill-fated move corroded Flint’s aging pipelines and exposed the city’s 102,000 residents—especially children—to the potentially crippling effects of lead poisoning.

"True to her life's work of always giving back, fans will be given the opportunity to participate in Beyoncé's #BeyGOOD initiative supporting local United Way programs and the continued work surrounding the water crisis in Flint, Michigan," Live Nation said.

As part of her tour, the Formation singer will also stop by Detroit's Ford Field on May 29. You can see her tour dates here.

Rapper and Detroit native Big Sean has donated $10,000 along with an online fundraising effort in connection with the Community Foundation of Greater Flint which has raised more than $58,000.