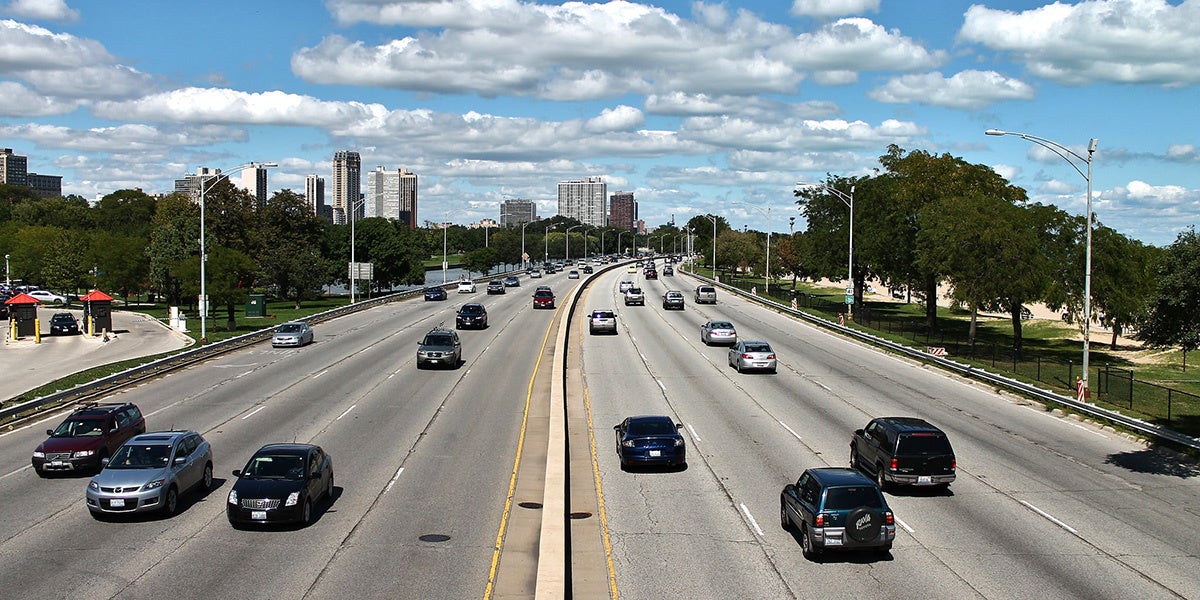 Transportation accounts for about a quarter of Canada’s greenhouse gas emissions, making it the second-highest source, slightly behind the oil and gas industry. In the U.S., it’s the largest source of emissions and pollution. Despite continued improvements in personal vehicle fuel standards since 1975, Canada’s transportation emissions grew by 42 percent from 1990 to 2015, partly because of growing populations and increasing numbers of vehicles on the road, and because of huge increases in sales of trucks, SUVs and “crossover” vehicles for personal use. Clearly, we must do better.

Instead, after years of progress, the U.S. administration is planning to roll back world class passenger vehicle fuel efficiency and emissions regulations set by the previous administration, bucking a worldwide trend toward cleaner vehicles. Since Canada and several other nations have historically followed the U.S. on fuel standards, this announcement could have negative ripple effects around the world.

It’s difficult to fathom why a government would be so opposed to clean air, technological innovation, economic progress and healthier citizens that it would undo effective regulations that few people, even in industry, oppose. The only industries that might benefit are oil and automakers, and there’s no indication they’ve been hurt by progress made over the past half century of increasingly higher standards. Top executives at Ford and GM have stated they support the standards, as have Toyota, Jaguar and Volvo.

The good news is that California and about a dozen U.S. states will continue to use their influence to maintain and strengthen much-needed rules, although there are hints the U.S. Environmental Protection Agency might undo a 50-year-old waiver that allowed California to set its own standards.

Whatever the U.S. does, it’s time for Canada to steer its own course. If we want to meet our Paris agreement climate commitments and protect citizens from pollution and climate disruption, we need policies and regulations to make all vehicles—including trucks and SUVs—less polluting.

Of course, the top priority should be to get people out of cars and trucks as much as possible, through investments in public transit and infrastructure for active transportation like cycling and walking. That would also help reduce congestion as growing populations add to the pressure on our roads. But we also must ensure that the cars, trucks and buses that will be with us for years to come are as non-polluting as possible.

One of the more promising developments is the rapid innovation and deployment of electric and hybrid vehicles. Electric vehicles are on track to reach more than half the world’s new car sales by 2040, but the trend must accelerate if we are to succeed in addressing the climate crisis.

Just as the U.S. has followed California’s example, Canada should follow Quebec’s. In January, the province adopted a zero-emission vehicles standard, similar to California, Connecticut, Maine, Maryland, Massachusetts, New Jersey, New York, Oregon, Rhode Island and Vermont. Under the plan, subject automakers must accumulate credits for putting zero- and low-emission vehicles into the market. The Quebec government says 41 percent of its greenhouse gas emissions are from the transport sector. Its goal is to increase zero- and low-emission vehicle sales and leases to 10 percent of its market by 2025.

Canada signed on to a global goal of increasing electric vehicles sales to 30 percent by 2030 and has committed to developing a zero-emission strategy, but has set no targets nationally. Progress has been slow, hindered in part by opposition from car manufacturers. Canada doesn’t currently make mass-market electric vehicles.

As large economies including China, California and the European Union now require car dealerships to sell a greater proportion of zero- and near-zero-emission cars and trucks, Canada’s counterparts may want to reconsider and join the leading edge of this revolution. Clinging to the status quo puts car manufacturing in Canada at risk.

Adopting a national zero-emission standard and investing in clean car manufacturing could save Canada’s car industry and help counter the climate crisis.

For the sake of human health, the climate, our economy and innovation, it’s time to gear up, even if the U.S. decides to jam on the brakes and shift to reverse.