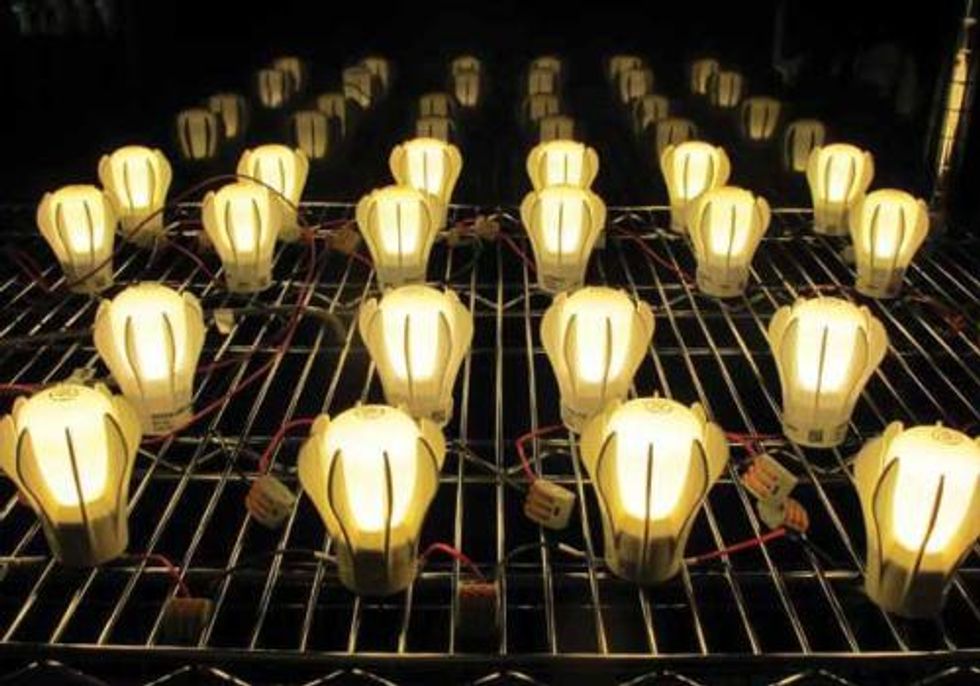 A century after the seeds for the development of the incandescent bulb were planted in Ohio and GE began operations in Nela Park, a new report shines a spotlight on the state’s burgeoning advanced lighting industry that is leading global energy efficiency innovations. With more than 4 billion screw-based bulbs being transitioned to new technologies in the United States alone, Ohio’s economy stands to gain significantly from the companies leading the change. The state already boasts 1500 manufacturing jobs from the industry with potential for many more to come. The new report Better Bulbs, Better Jobs, released today by the Natural Resources Defense Council, highlights the potential with case studies of large and small job producers across the state.

“If you weren’t watching, it might be a surprise to learn that Ohio is a world leader in developing energy efficient lighting,” said Dylan Sullivan, staff scientist at the Natural Resources Defense Council and a co-author of the report. “There is huge potential for this industry, but we need to retain Ohio’s smart policies to secure future growth. Rolling back the policies that strengthen the market for these innovative products means rolling back jobs just starting to come online all over the state.”

The report outlines federal and state policies that are helping to create a market for advanced lighting technologies and includes seven case studies of Ohio companies driving the industry. TCP Lighting in Aurora (near Cleveland) has been central to the development of CFL bulbs, and is now poised to open a manufacturing facility in Ohio. Cincinnati’s LSI LED created the fixtures used to light New York’s landmark George Washington Bridge. Smaller companies like J&M Electrical Supply and J’s Lighting Services, both in Cambridge, are helping manufacturing businesses reduce costs and stay in Ohio by making the transition to more efficient lighting.

In Ohio, the state’s existing energy efficiency standard has been hugely impactful. The technologies put in place in 2009 and 2010 as a result of the efficiency standards will save customers over $350 million over their lifetime. And the transition to advanced lighting offers huge benefits outside of Ohio too. The nationwide transition to more efficient lighting means:

• Electric bill savings of more than $12.5 billion per year
• Energy savings equivalent to 30 large power plants
• Reduced pollution, including a 60 percent reduction in mercury emissions from power plants and prevention of approximately 100 million tons of carbon dioxide pollution per year

For more information and to read the full report, click here.

The Natural Resources Defense Council (NRDC) is an international nonprofit environmental organization with more than 1.3 million members and online activists. Since 1970, our lawyers, scientists and other environmental specialists have worked to protect the world's natural resources, public health and the environment. NRDC has offices in New York City, Washington, D.C., Los Angeles, San Francisco, Chicago, Livingston, Montana and Beijing. Visit us at www.nrdc.org.