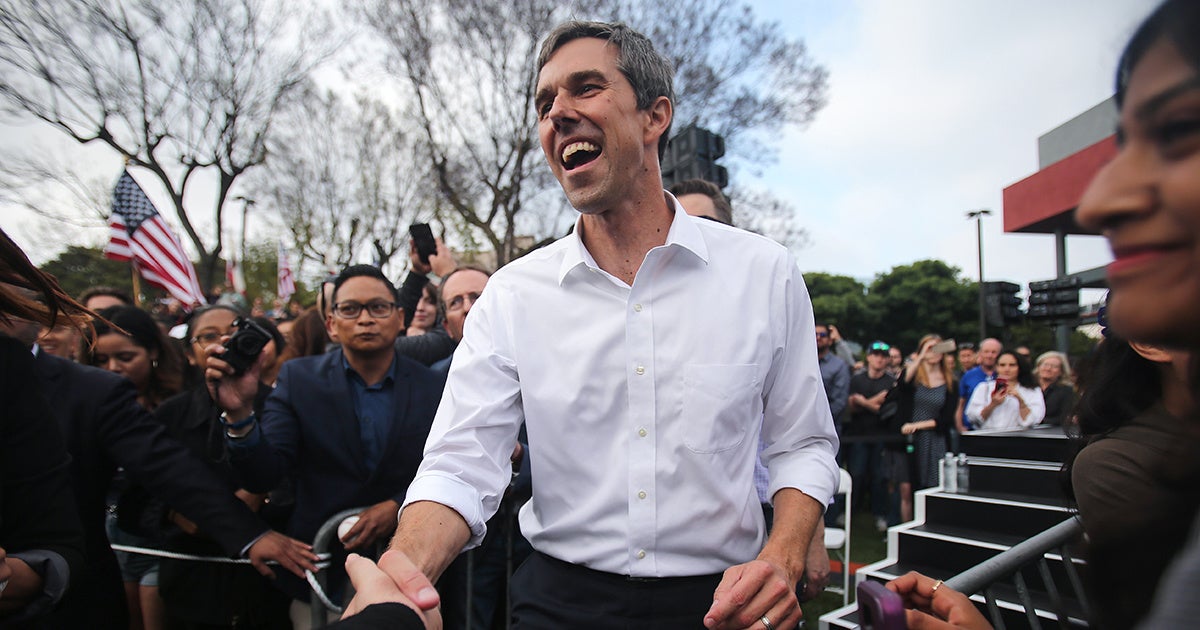 2020 Democratic presidential candidate and former Texas Rep. Beto O’Rourke announced a $5 trillion plan to fight climate change Monday. The plan is O’Rourke’s first major policy announcement and one of the most detailed climate policies outlined in the primaries so far, Reuters reported.

“We are announcing the most ambitious climate plan in the history of the United States,” O’Rourke said in a Twitter video posted from Yosemite Valley while he was on his way to meet scientists in Yosemite National Park.

Heading into Yosemite National Park to talk about our historic climate action plan. Follow along throughout the day and read the plan at https://t.co/T41DaUruQ1 pic.twitter.com/S7RSUVblfu

O’Rourke’s plan would see the U.S. reaching net-zero carbon emissions by 2050 and halving its emissions by 2030, and would mobilize trillions of dollars to make that happen. But some climate activists say his timeline is not fast enough.

The Sunrise Movement, the activist group that has led the charge for a Green New Deal, says the U.S. needs to reach net zero by 2030 if the world as a whole is to do the same by 2050, as the Intergovernmental Panel on Climate Change says is necessary to limit global warming to 1.5 degrees above pre-industrial levels.

“Beto claims to support the Green New Deal, but his plan is out of line with the timeline it lays out and the scale of action that scientists say is necessary to take here in the United States to give our generation a livable future,” Sunrise Movement founder Varshini Prakash said, according to Reuters. The group also wants O’Rourke to sign the No Fossil Fuel Money Pledge, Grist reported.

More established green groups, like the League of Conservation Voters, applauded O’Rourke’s vision, calling it “the kind of leadership we need from our next president,” according to Grist.

Details of O’Rourke’s plan include:

O’Rourke plans to achieve his goals through a combination of executive orders and legislation, Grist reported, but he doesn’t explain how he will push the legislation through a divided Congress:

Other climate-oriented 2020 candidates, like Washington Governor Jay Inslee, have advocated for eliminating the legislative filibuster, in addition to taking action through executive order. (The filibuster, a long-standing Senate rule that requires a supermajority to pass legislation, is a major obstacle between Democrats and their sweeping proposals to accomplish everything from climate to health care to gun reform.) O’Rourke makes no mention of the rule in his climate plan.

Inslee, who is making climate action the focus of his campaign, criticized O’Rourke’s climate record and relationship with fossil fuel companies, The Huffington Post reported.

“Voters have a right to look closely at Democratic candidates’ plans to separate rhetoric from results on climate change,” Inslee’s campaign manager Aisling Kerins said in a statement reported by The Huffington Post. “We will not defeat climate change with empty rhetoric, borrowed rhetoric, or by taking fossil fuel money. Beto O’Rourke will need to answer why he did not lead on climate change in Congress and why he voted on the side of oil companies to open up offshore drilling.”

O’Rourke received 0,000 in donations from fossil fuel companies during his failed Senate bid in 2018.

In an interview Monday, MSNBC’s Chris Hayes pushed O’Rourke on how he would pitch his plan to his oil-and-gas-producing home state.