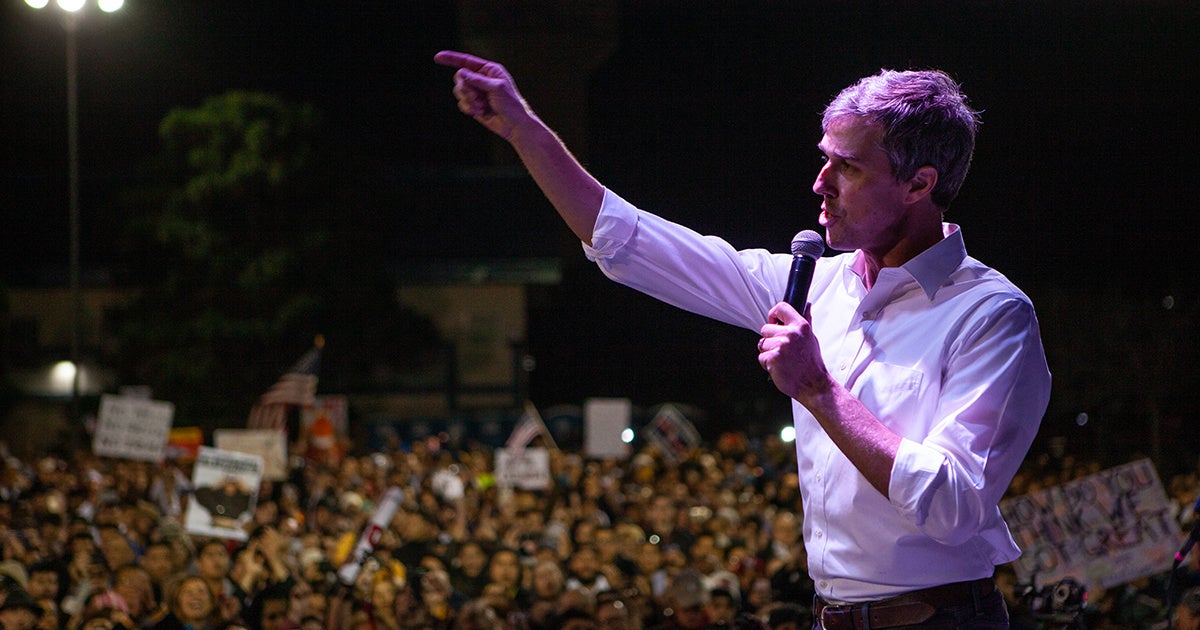 Beto O’Rourke announced he would run for President in 2020 Thursday, making the Texas Democrat the latest primary contender to list combating climate change as a major priority.

“This is a defining moment of truth for this country and for every single one of us,” O’Rourke said in a video announcing his campaign. “The challenges that we face right now, the interconnected crises in our economy, our democracy and our climate have never been greater. And they will either consume us, or they will afford us the greatest opportunity to unleash the genius of the United States of America.”

I am running to serve you as the next president. The challenges we face are the greatest in living memory. No one person can meet them on their own. Only this country can do that, and only if we build a movement that includes all of us. Say you're in: https://t.co/EKLdkVET2u pic.twitter.com/lainXyvG2n

A native of El Paso, Texas, O’Rourke served three terms in the House of Representatives before rising to national prominence in 2018 when he almost unseated Ted Cruz in the race to represent Texas in the Senate, CNN reported. It was the closest Senate race in Texas history since 1978, according to Vox. In recent months, he has actively campaigned against President Donald Trump’s proposed border wall, holding a counter-rally in El Paso when the president spoke there in February to promote his barrier.

In his announcement video, O’Rourke mentions many key priorities, including workers’ rights, expanding access to healthcare, improving legal pathways to immigration, criminal justice reform, racial justice and ending ongoing wars. But he closed his list of issues with a call for climate action.

“Perhaps most importantly of all, because our very existence depends on it, we can unleash the ingenuity and creativity of millions of Americans who want to ensure that we squarely confront the challenge of climate change before it’s too late,” he said.

Climate is shaping up to be a major issue on the 2020 campaign trail, a big change from the 2016 presidential election, during which a total of five minutes and twenty-seven seconds were spent discussing global warming and other environmental issues during the three debates between Hillary Clinton and Donald Trump, according to Grist. This time around, one Democratic candidate, Washington Gov. Jay Inslee, is making climate change the central issue of his campaign. At least five others have endorsed the Green New Deal, a 10-year plan championed by freshman Congresswoman Alexandria Ocasio-Cortez to transition to 100 percent renewable energy while creating jobs and supporting frontline communities.

O’Rourke has spoken positively of the Green New Deal, but, as Vox pointed out, his style is less to endorse specific policies than to debate solutions and listen to ideas with the goal of promoting general liberal values. His voting record is more conservative than the average Democrat’s, however, and he has been criticized for taking campaign donations from oil companies.

In a Vanity Fair profile published Wednesday, he praised both the ambition of the Green New Deal and the idea of pricing carbon and “allowing the market to respond to that.”

He also linked policies designed to address income inequality, such as Ocasio-Cortez’ call for a higher marginal tax rate, with a push to mobilize the nation on climate issues.

“If you’re trying to mobilize this country to meet an existential threat, as we did against the Nazis in World War II, then you’re going to have to ask everyone to sacrifice,” he said. “If you don’t see a shared interest or shared opportunity to advance, then we’ll no longer see ourselves in this together and this country will truly break apart. This level of gross income inequality cannot persist, and if there’s a better way to get there, I’m open to it. But it’s definitely going to involve higher marginal rates on the very wealthiest in this country.”