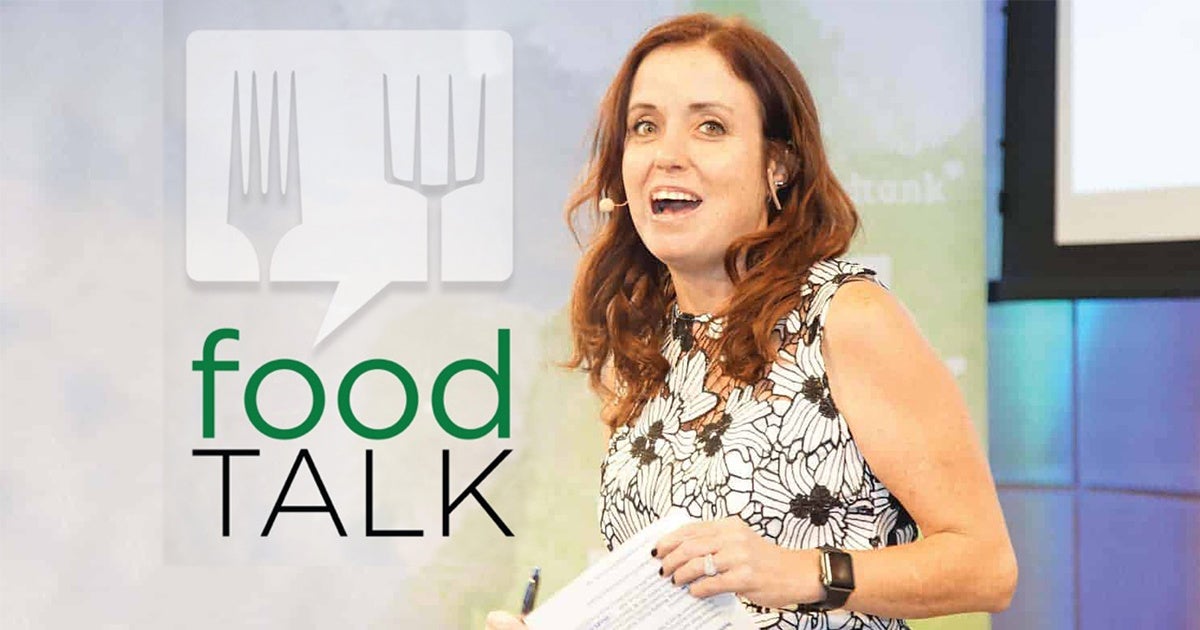 Eating a better diet has been linked with lower levels of heart disease, stroke and type 2 diabetes. But unfortunately 821 million people — about 1 in 9 worldwide — face hunger, and roughly 2 billion people worldwide are overweight or obese, according to the U.N. World Health Organization. In addition, food insecurity is associated with even higher health care costs in the U.S., particularly among older people. To help direct worldwide focus toward solving these issues, the U.N. Sustainable Development Goals call for the elimination of hunger, food insecurity and undernutrition by 2030.

In these 10 episodes of the “Food Talk with Dani Nierenberg” podcast, expert guests discuss how they’re working to connect people with nutritious food, take aim at common misconceptions about health and diet, and prove that food really can be the best medicine.

The idea that experts can’t agree on health advice is a myth, says David Katz. In fact, his 400-expert-strong True Health Initiative is united in their call for a simple diet that emphasizes vegetables, fruits, whole grains and water, which is the key not only to boosting your personal health and reducing your risk for disease but also lessening your impact on the environment. “We want to make common sense about diet common because it is shockingly uncommon at the moment,” Katz says.

For Robert Graham, health is more than taking a pill when you feel sick. Instead, the roots of health are individualized and come down to five factors: food, relaxation, exercise, sleep and happiness. His integrative health practice, FRESH Med NYC, aims to use traditional wellness methods that are science-based and proven safe and effective. “I realized there had to be some new model of healthcare that honors the ancient wisdom or traditional medicine approach and incorporated, safely and effectively, into the conventional medical model,” Graham says.

When people are considering their own well-being, they should also think about the health of the environment, says scientist Fabrice DeClerck — but conveniently, “changing our diets to more plant-based diets … not only is a key means to securing dietary health, but also is a key solution space for protecting the planet.” In this episode of Food Talk, DeClerck emphasizes that while policy solutions are a necessary component of fixing the food system, we don’t have to wait for politicians: All of us, especially young people, can collectively leverage our consumer power to compel the private sector to act — for our own health and that of the environment.

The message behind Wholesome Wave is simple: sharing nutritious food can help us understand each other’s common humanity. However, chef Michel Nischan realizes that not everybody has equal access to the kinds of real, old-fashioned, farm-fresh foods he has spent his career advocating for. Nischan discusses how Wholesome Wave boosts people’s ability to put healthy food on the table, including via projects that increase the benefit of supplemental federal food aid programs and encourage doctors to write prescriptions for fruits and vegetables.

As our food system becomes more globalized, so must our solutions to food insecurity and hunger. Lawrence Haddad, the executive director of the Global Alliance for Improved Nutrition (GAIN) and 2018 World Food Prize laureate, says that addressing poor food access will require alliances of governments, NGOs and private actors that are truly worldwide in scope. “No country has a monopoly on the problem of malnutrition, so no country has a monopoly on the solution. We all have to work together,” Haddad says on the Food Talk podcast.

6. Questlove, musician and activist, and Haile Thomas, founder of the nonprofit HAPPY Organization

In a conversation with Dani Nierenberg and HAPPY Organization founder Haile Thomas at the Food Tank Summit in New York City, The Roots drummer and frontman Questlove discusses how he came to be involved in the food advocacy movement. With the HAPPY Organization, Thomas seeks to improve upon the poor nutrition education she received in school by bringing more engaging and empowering programs about nutrition, food waste and healthy lifestyles to schools and communities.

The food system is in crisis, but there is a path forward, says Dariush Mozaffarian, the dean of the Tufts University Friedman School of Nutrition Science and Policy. “The answer for the future is that we need convenient, healthy, accessible food — whether it’s made by others or made at home — that is healthy, nourishing, available to everybody and good for the earth,” Mozaffarian says. He argues that academic institutions should play a more prominent role in the future of the food industry, as they generate scientific research and train future leaders in both the private and public sectors.

“Food is a private sector endeavor,” declares Chef Sam Kass. Helping people eat better will require innovating new nutritious, affordable, delicious solutions, which he says is not something government can’t do alone. “We need to support the entrepreneurs that are trying to solve those problems,” Kass says. This means investors need to get involved and support health-related projects, and chefs need to step up and use their platforms to promote the role of food in well-being.

U.S. policymakers still lag behind in terms of understanding the role food plays in holistic health — this was a point of agreement among panelists at a Food Tank conversation on Capitol Hill. “We have these debates here in Congress that rip us apart over the high costs of health care, and yet one of the best ways to control health care costs is to make sure that people have access to good quality nutrition,” Rep. James McGovern (D-MA) says. For Gregory Cooper, manager of DC Central Kitchen, the missing link for legislators is an understanding of not only the issues at play but also the ways people’s lives are affected on a day-to-day and generation-to-generation basis.

“Let’s not get cancer in the first place: how’s that for a cure?” asks Fran Drescher, the actress and president of Cancer Schmancer. Drescher tells Dani Nierenberg that everyone — young and old — can create a healthier and cancer-free world by making small changes to their daily lifestyle habits, putting consumer pressure on companies to reduce the chemicals they use in food and cleaning solutions, and educating each other about the profit motives that drive the modern pharmaceutical industry.

Reposted with permission from our media associate Food Tank.